If you excitedly jailbroke iOS 13.5 yesterday using the new unc0ver v5.0.0 jailbreak and then went to install the Zebra package manager as an alternative to the preinstalled Cydia package manager, then you probably found yourself plagued with error messages claiming “Operation Not Permitted” before your very eyes.

Evidently, you weren’t alone if you experienced this issue. Many Zebra users reported this problem after jailbreaking with the new unc0ver on Saturday, and now Zebra has been updated to version 1.1.9 with an official fix so that users can use the package manager error-free on their newly pwned handsets. 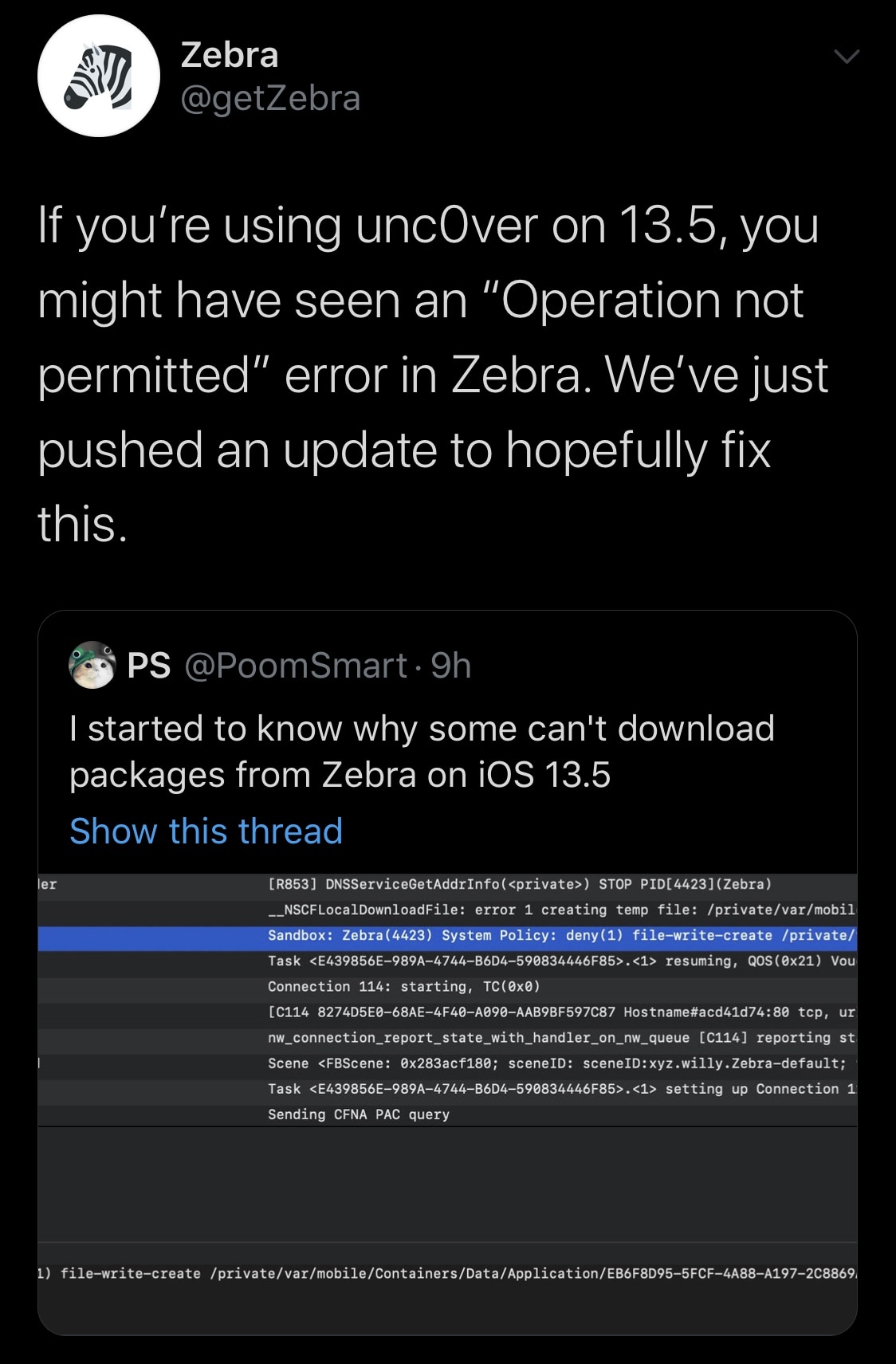 The update was announced only minutes ago via the official Zebra Twitter account, and according to the change log on the project’s GitHub page, Zebra v1.1.9 also seems to incorporate a few other important bug fixes:

This version fixes an issue that many were having using the unc0ver jailbreak on 13.5 and getting several “Operation not permitted” errors.

Also fixed in this version:

If you found yourself getting overwhelmingly frustrated with all the error messages in Zebra yesterday, then you’d be advised to download and install the latest version starting today. Those having issues with Zebra will be able to install this update via Cydia, and it should resolve the problem.

Those who aren’t already using Zebra may want to give it a try, as it offers a plethora of improvements over Cydia such as native dark mode support, a lightweight footprint on system resources, and a slick and zippy user interface among other things.

The Zebra package manager can be installed or updated via the official Zebra repository, the URL of which is included for your convenience below:

Has the latest version of Zebra resolved any of the problems you were having with it upon using unc0ver v5.0.0 on iOS 13.5? Discuss your experience in the comments section below.