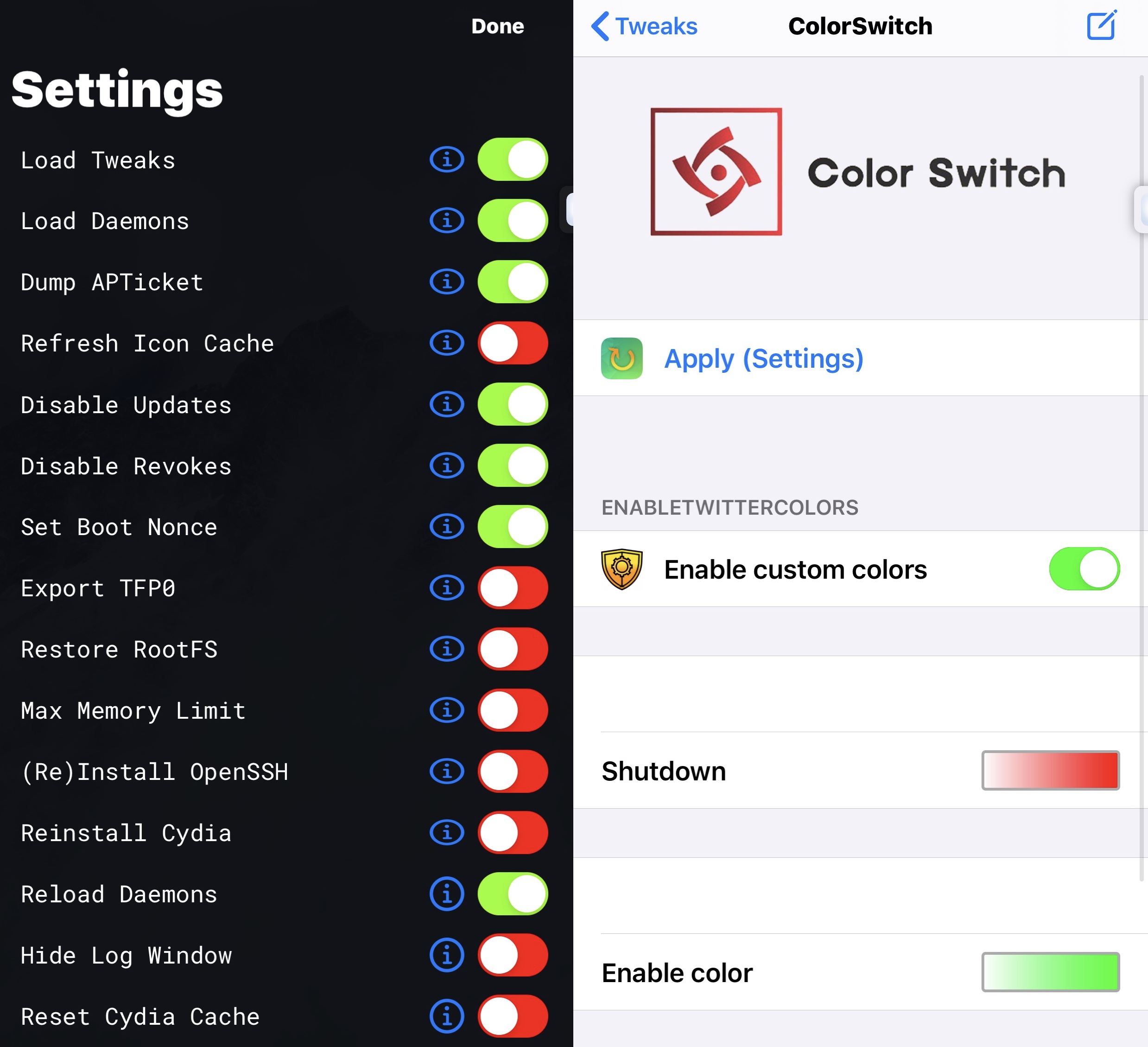 If you’re jailbroken and looking for a fast and easy way to add a splash of custom color to the iOS user interface, then you just might come to appreciate a newly released and free jailbreak tweak dubbed Color Switch by iOS developer ahmedmakls.

Most will probably be able to infer what Color Switch does from the name itself, but for those who are still scratching their heads, the tweak effectively lets you choose the colors for toggle switches used throughout iOS for saving settings.

As depicted in the screenshot examples above, Color Switch adds a preference pane to the Settings app where you can:

An ‘Apply Changes’ button is provided at the top of the preference pane so that users can save any changes they make on demand.

Color Switch isn’t a complicated tweak by any stretch; in fact, quite the contrary. The colors you choose appear systemwide, whether that’s in the unc0ver jailbreak app pictured above, in the native Settings app, or anywhere else where native toggle switch interfaces are used for user configuration.

We particularly like how the tweak only offers two color options, one for toggled-on switches, and a second for toggled-off switches. Thanks to the simplicity of the tweak, it’ll be nearly effortless for jailbreakers to get their feet wet with subtle customization of the native user interface.

Those interested in giving Color Switch a try can download it for free from the Packix repository via their preferred package manager. Color Switch supports jailbroken iOS 10, 11, 12, and 13 devices.

How will you customize your system’s toggle switches with Color Switch? Discuss in the comments section below.