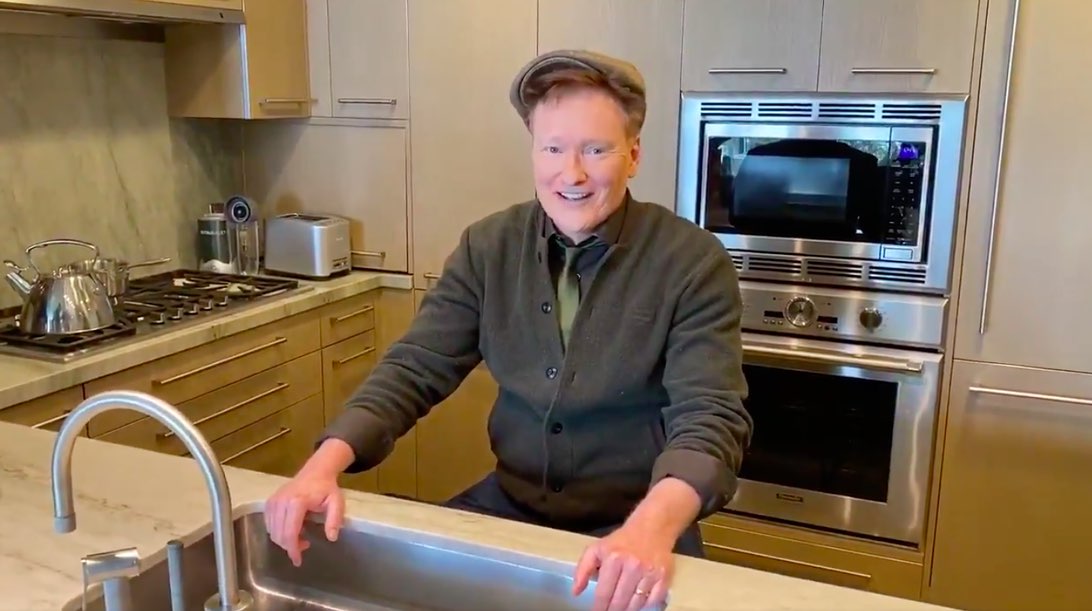 As the novel coronavirus pretty much shut down production of late-night television and Hollywood movies, producers are resorting to creative ways of resuming production.

O’Brien broke the news on Twitter earlier this morning.

I am going back on the air Monday, March 30th. All my staff will work from home, I will shoot at home using an iPhone and my guests will Skype. This will not be pretty, but feel free to laugh at our attempt. Stay safe.

According to Variety, the late night talk show host intends to resume his TBS program.

Starting on Monday, March 30, new episodes of O’Brien’s ‘Conan’ will start to air on TBS. The shows will be shot remotely on an iPhone, without an audience and with guest interviews being filmed via video chat. Approximately 75 people help put the TV show together, says Jeff Ross, the late-night host’s longtime executive producer, in an interview, and the staff’s safety remains a paramount concern.

I know what you’re thinking, good luck with that, no? Anticipating such reactions, O’Brien jokingly remarked in a statement shared with Variety that “The quality of my work will not go down because technically that’s not possible.”

As The Loop’s Dave Mark put it, this could be a monumental event for network television, “the ultimate leveling brought about by the quality available in a cell phone.”

I am going back on the air Monday, March 30th. All my staff will work from home, I will shoot at home using an iPhone, and my guests will Skype. This will not be pretty, but feel free to laugh at our attempt. Stay safe.

Indeed, here are a few other examples:

John Oliver three days ago on “The Last Week Tonight” had a sobering message on protecting each other in a pandemic both in terms of containing the virus spread and the economic impact that it’s having on many people around the world.

To underscore the importance of social distancing, the last episode of Oliver’s HBO sow was taped on an all-white set at an undisclosed location, no studio audience whatsoever.

As part of its response to COVID-19, Apple has temporarily shut down production of “The Morning Show” and other Apple TV+ projects. According to a report from Billboard earlier this week, an Apple employee at the company’s Culver City office, where the Apple Music and Apple TV+ teams are located, has tested positive for coronavirus.