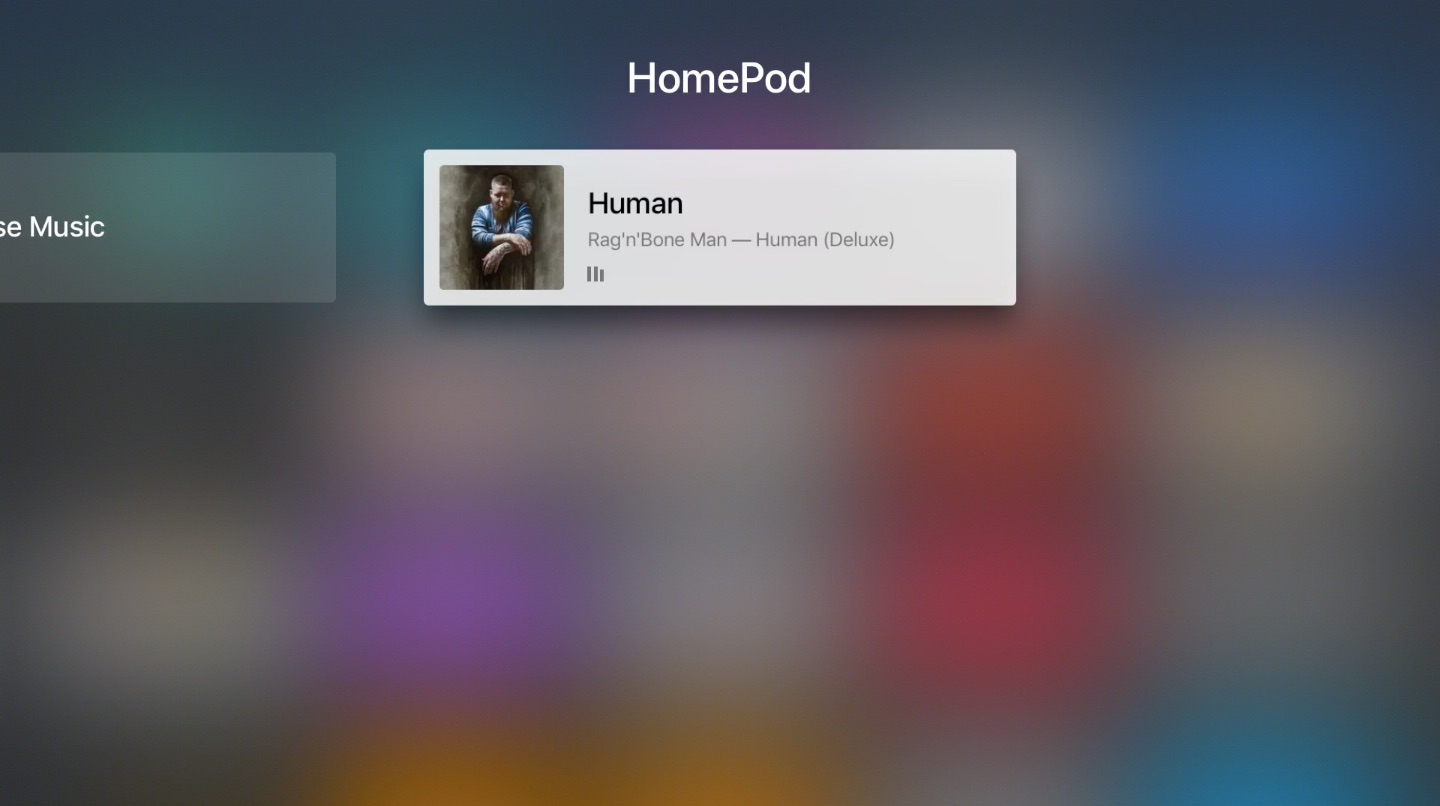 The upcoming tvOS 14 software update may include a new feature making it easier to permanently select your audio output device. It could be used to enable a HomePod stereo pair to be used as the default AirPlay 2 output for your Apple TV media streamer.

We expect tvOS 14 to include a new permanent audio output option for Apple TV streaming boxes. For example, a user could permanently select HomePod stereo pairs as the default audio output without manually choosing the AirPlay 2 target each time.

I’m guessing many Apple TV owners will welcome this small yet important improvement.

Now, I don’t see myself using this feature often considering I typically switch audio on my Apple TV between whatever wireless headphones I happen to be using at that time, my home Hi-Fi receiver and my HomePod multiple times per day (your mileage may vary).

This feature would go great with a smaller and cheaper version of the HomePod, and existing users will benefit from the more permanent configuration. HomePod support has gradually improved with Apple TV, but it’s still possible for the Apple TV to lose its connection to HomePod when the smart speaker is used for other tasks.

I’ve been experiencing the aforementioned issue with my Apple TV losing its connection to my HomePod quite often (too often, as a matter of fact). I would select my HomePod to be used as my Apple TV audio output device and it would work without any hiccups unless I asked Siri on HomePod to play something. After that, selecting my HomePod in tvOS’s AirPlay interface would fail to re-establish connection to the speaker, requiring a restart of the Apple TV.

It’s been driving me crazy so I am certainly happy because Apple is acknowledging and fixing this issue with the new permanent Apple TV audio output option in the tvOS 14 software.

Other rumored new features in tvOS 14 may include a new Apple fitness app with guided workout videos on your iPhone, iPad or Apple TV walking you through various workouts. Your Apple Watch will track your progress through each workout routine, similar to how the wearable device can track existing fitness activities through Apple’s Activity software.

Apple could also be working on a brand-new remote for the next Apple TV.

Apple should preview the upcoming iOS 14, macOC 10.16, watchOS 7 and tvOS 14 updates at its Worldwide Developers Conference that should take place this summer. However, we expect the WWDC 2020 to be cancelled soon, with a physical event replaced with virtual meetings, streaming keynotes and online presentations due to the COVID-19 coronavirus outbreak.

What do you think about these rumored tvOS 14 features?