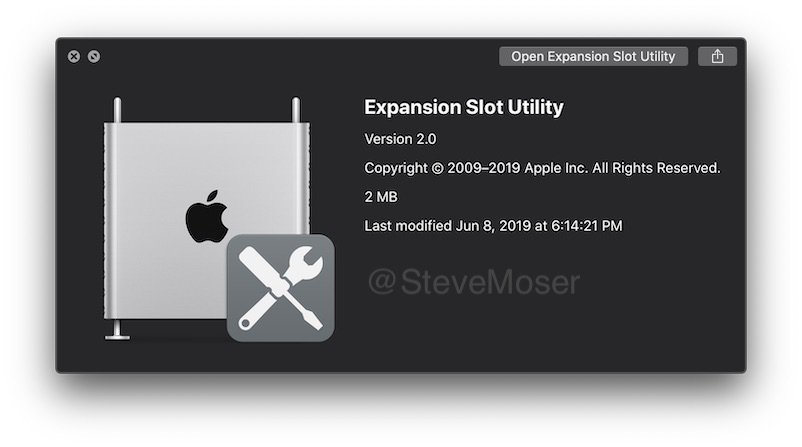 It has been quite some time since Apple provided the Expansion Slot Utility app in any version of its desktop operating system, but it’s finally making a comeback with the newest version.

macOS Catalina is currently in its beta stages, ahead of a public launch later this year. And it has been discovered that the newest version of the desktop OS has brought back the Expansion Slot Utility app, which makes it possible to manage and configure PCI cards. This is a move that’s obviously meant to go along with the impending launch of the brand new, modular Mac Pro.

For those keeping track, Apple actually discontinued the Expansion Slot Utility app back in 2008, along with the launch of Mac Pro at that time.