It was only yesterday that Pwn20wnd released unc0ver v3.2.0 with a completely designed user interface and native dark mode, but today, the hacker and project lead developer is updating the iOS 11.0-12.1.2-centric jailbreak tool once more with a slew of additional bug fixes and improvements.

Pwn20wnd announced the release of unc0ver v3.2.1 just this morning via Twitter, noting that it would resolve several known issues: 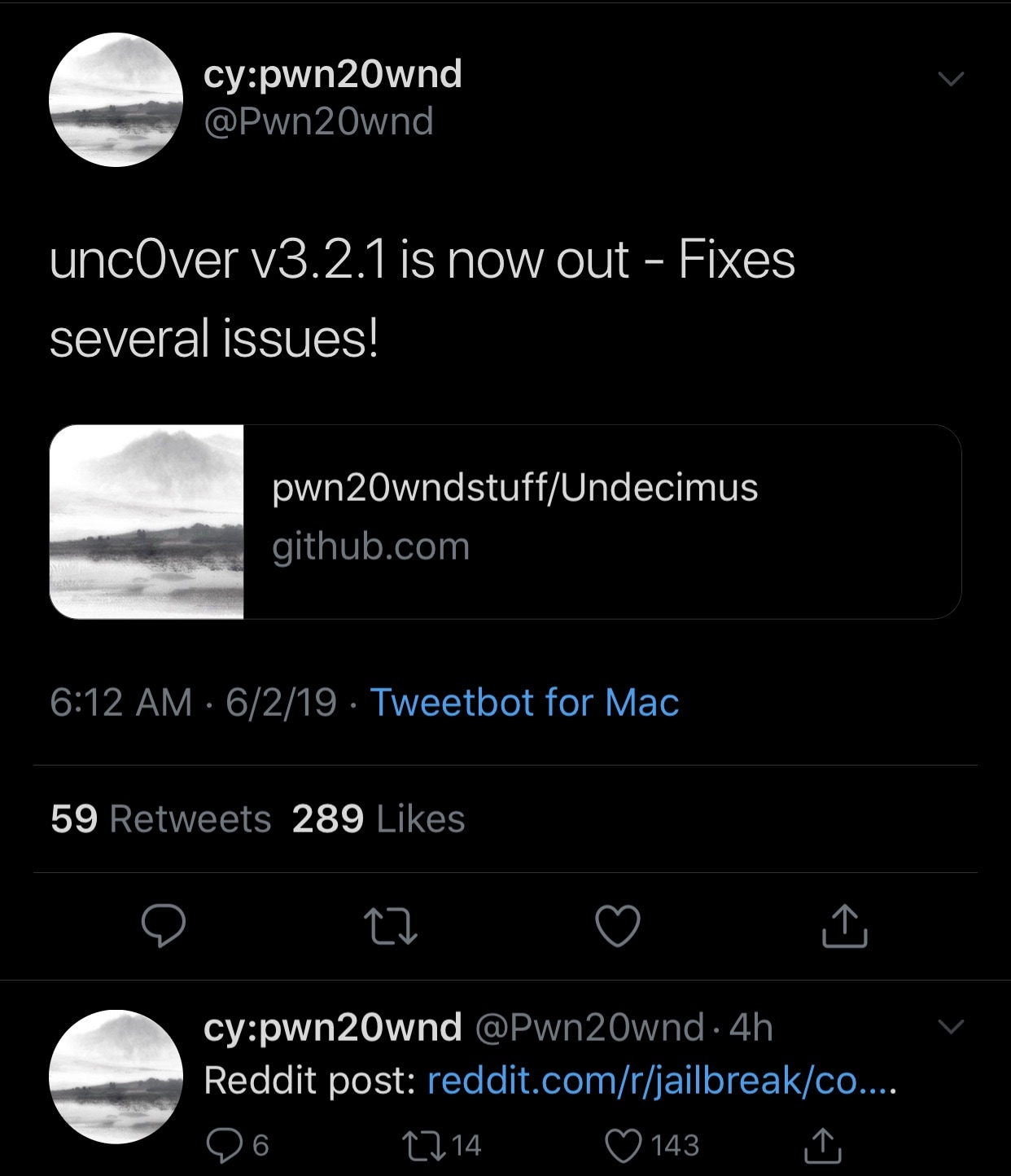 According to the official changelog for unc0ver v3.2.1, the update incorporates each of the following changes:

– Fix several typos in the app

– Ignore refresh icon cache failures unless they are actually fatal

You can download the latest version of unc0ver by visiting Pwn20wnd’s official GitHub repository.

How are you liking the latest changes so far? Let us know in the comments section below!