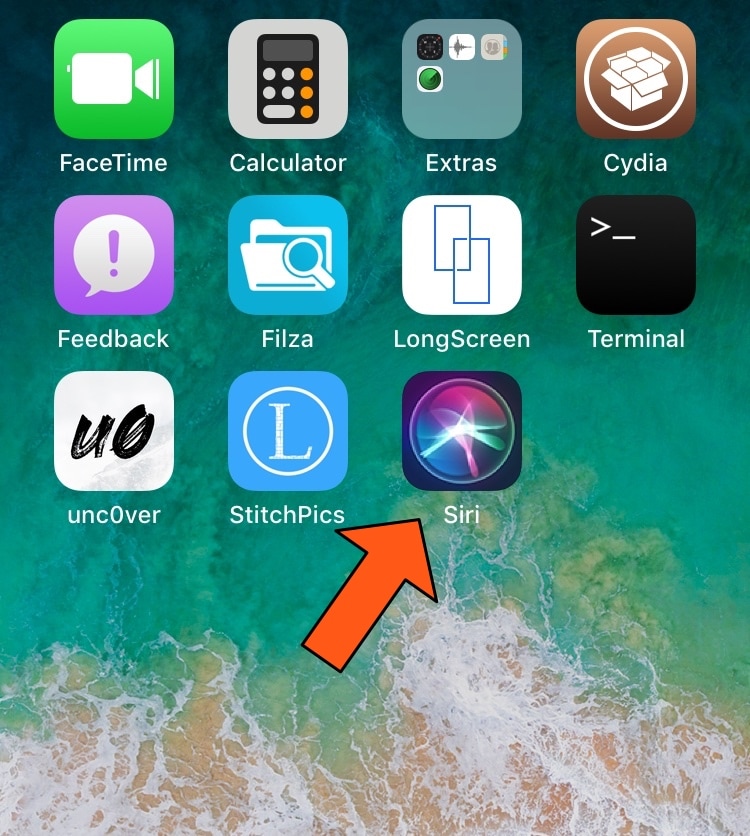 iOS device users can invoke Siri on demand with a simple button press or by muttering ‘Hey Siri’ under certain circumstances, and jailbreakers have even more options for calling upon their virtual assistant for help, such as Ryan Petrich’s Activator extension. But who said your options had to stop there?

With a free jailbreak tweak called SiriApp by iOS developer level3tjg, you can add a dedicated application icon to your Home screen for invoking Siri.

The screenshot example above depicts the newly-installed Siri-centric application icon, and as you might come to expect, its aesthetics align with that of the Siri user interface, and it’s subtly-named “Siri” on the Home screen.

Tapping on the button merely launches the Siri interface, invoking the voice assistant without any further action needed by the end user. Once the interface loads, you can immediately start asking your question, and Siri will respond with her usual answer(s).

SiriApp doesn’t come with any options to configure, and so what you see is what you get. Adding another app icon to the Home screen, especially for something with as many existing gesture options as Siri, might seem like a redundant choice; but everyone likes to do things differently, and having choices is good for everyone.

If you’re interested in trying SiriApp, then you can download it for free from level3tjg’s beta repository in Cydia or Sileo. The tweak supports all jailbroken iOS 11 and 12 devices.

If you aren’t already using level3tjg’s beta repository, then you can add it to your package manager of choice via the following URL:

Do you like the idea of invoking Siri by way of an application icon? Let us know why or why not in the comments section below.