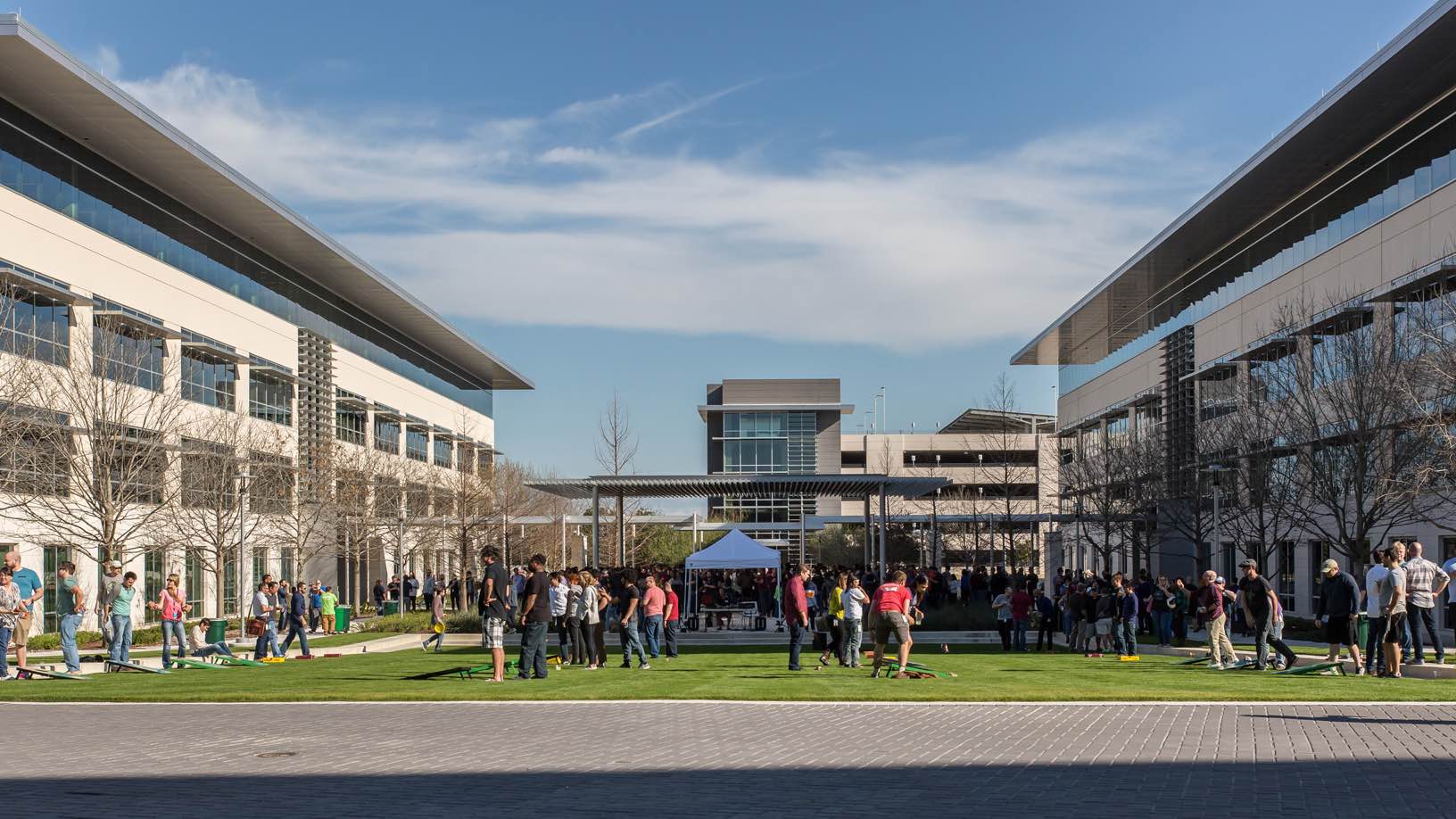 Apple needs more office space for its growing army of employees so the company announced Thursday that it would be building a new $1 billion campus in Austin, Texas, as well as establish new sites in Seattle, San Diego and Culver City, California.

Apple is proud to bring new investment, jobs and opportunity to cities across the United States and to significantly deepen our quarter-century partnership with the city and people of Austin. Talent, creativity and tomorrow’s breakthrough ideas aren’t limited by region or zip code, and, with this new expansion, we’re redoubling our commitment to cultivating the high-tech sector and workforce nationwide.

Apple will also expand its presence in Pittsburgh, New York and Boulder, Colorado over the next three years, with the potential for additional expansion elsewhere in the US over time.

The upcoming 133-acre campus, to be located less than a mile from Apple’s existing facilities in Austin, will initially be home to about 5,000 additional employees. Over time, however, its capacity is expected to grow to about 15,000 employees, which could potentially make the iPhone maker Austin’s largest private employer.

The upcoming North Austin campus, powered by 100 percent renewable energy and sporting 50 acres of preserved open space, will have a broad range of functions including engineering, research and development, operations, finance, sales and customer support. 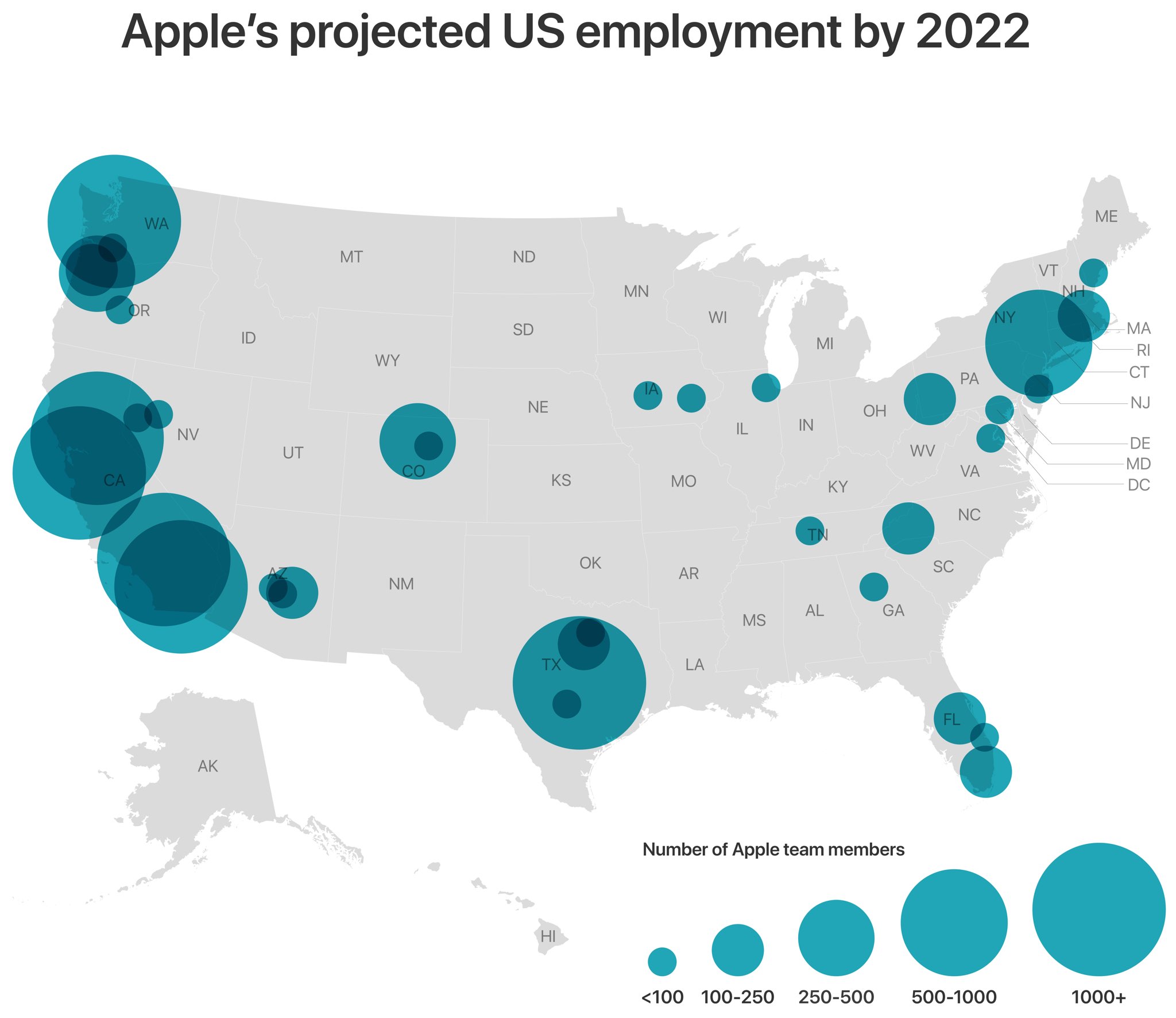 “At 6,200 people, Austin already represents the largest population of Apple employees outside Cupertino,” notes the company in the press release.

The company shared a few interesting job-creation stats for 2018:

Over the next three years, Apple will hire 1,000 employees in Seattle, San Diego and Culver City each whilst adding hundreds of new jobs in Pittsburgh, New York, Boulder, Boston and Portland, Oregon. 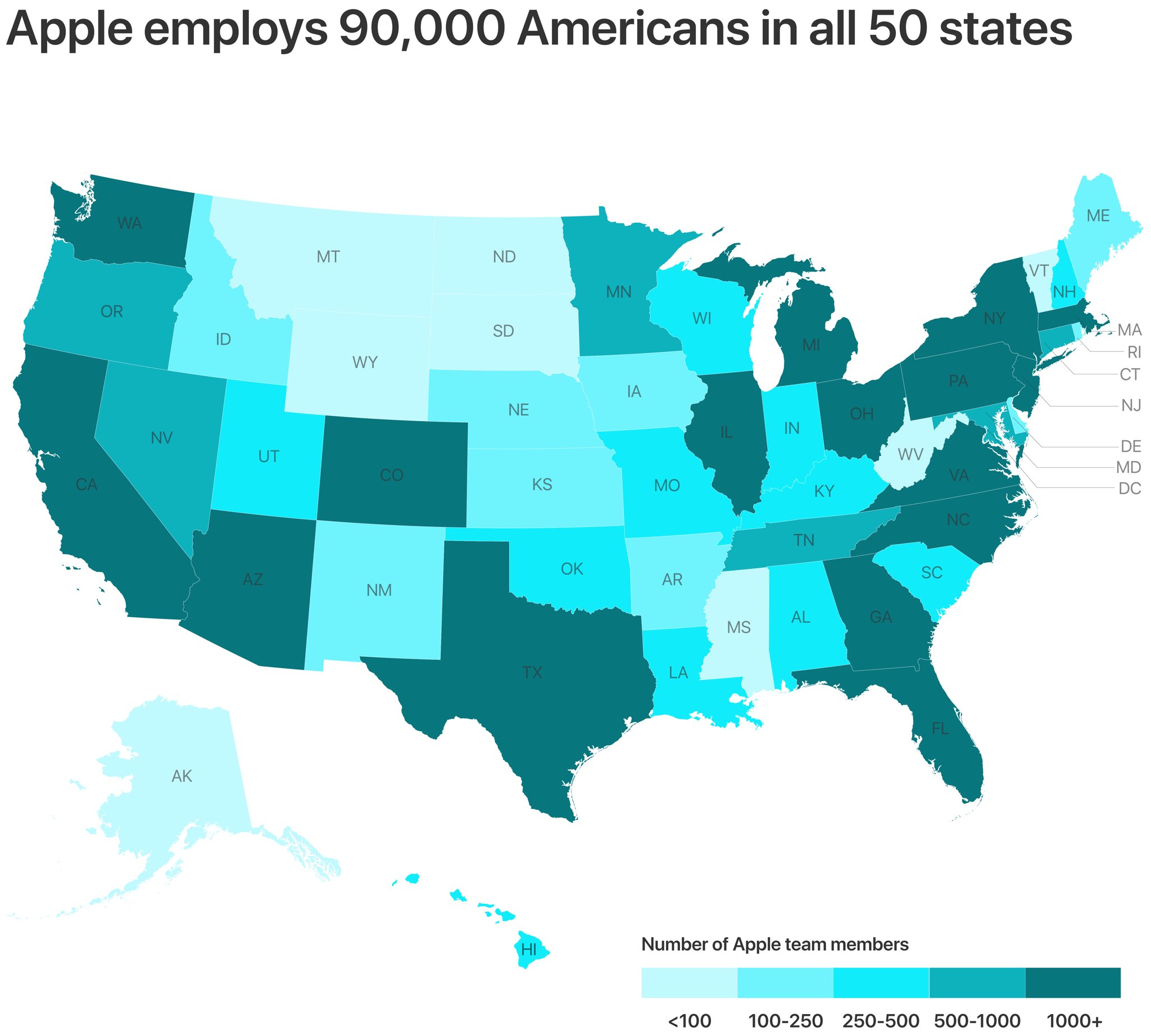 As for its data canters, the company has acknowledged it plans to invest $10 billion in data centers across the United States over the next five years, including $4.5 billion in 2018 and 2019. Existing data centers in North Carolina, Arizona and Nevada are being expanded.

Last but not least, in Iowa the Cupertino giant is making preparations to build its newest data center that will be located in the city of Waukee in Dallas County.