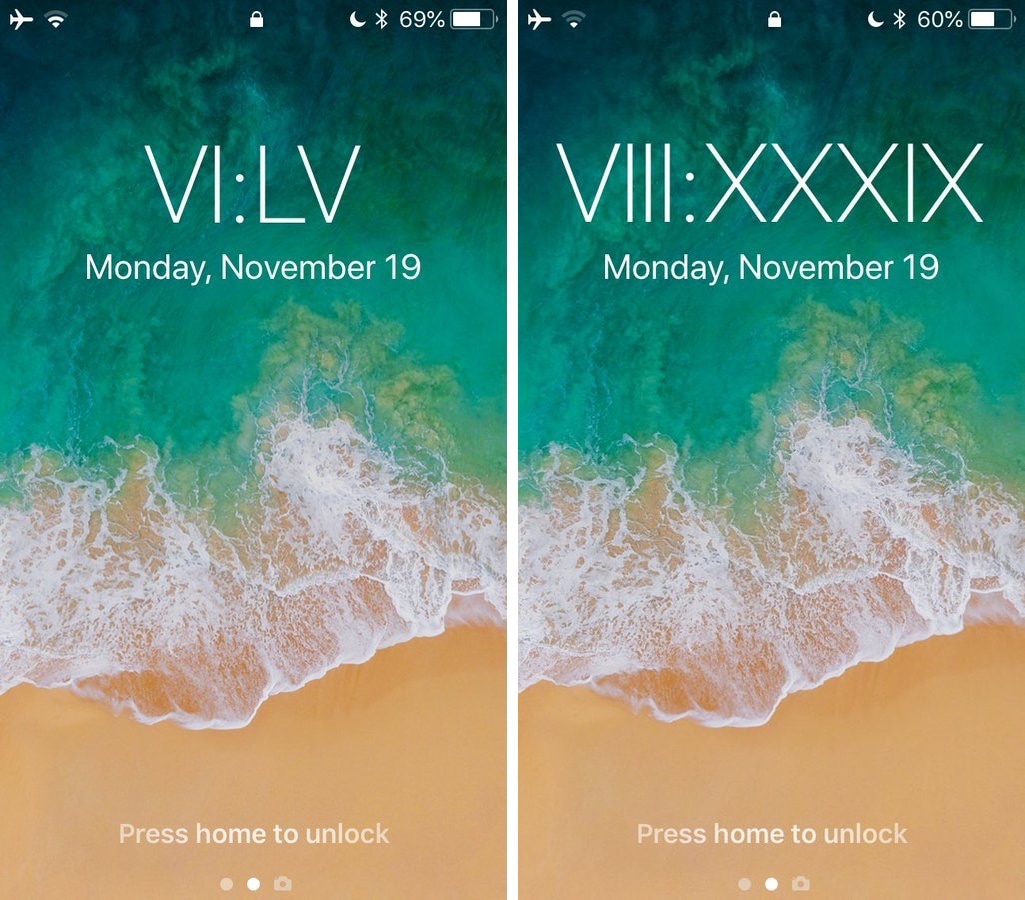 Looking to spice up your iPhone’s Lock screen a bit? If so, then you might take an interest in a new free jailbreak tweak called RomanLockscreenTime by iOS developer Cole Cabral.

As you may have gathered already from the tweak’s name, RomanLockscreenTime replaces the standard numeric time display on your Lock screen with Roman numerals, as shown above.

Roman numeral-centric Lock screen time displays have been ceaselessly requested by the jailbreak community for ages, but mixed feelings exist about the idea, mainly because it takes longer to discern the time unless you’re exceptionally fluent at reading Roman numerals.

Assuming you’re talented in the arts of reading Roman numerals and telling the time in this manner isn’t an issue, then RomanLockscreenTime is a great way to make your Lock screen look as fancy as your grandpa’s old mechanical silver watch.

With no options to configure, what you see above is what you get once you’ve installed RomanLockscreenTime on your jailbroken device. Notably, the tweak works on all iPhones and iPads running a jailbroken installation of iOS 11.

If you’re interested in trying RomanLockscreenTime for yourself, then you can download it for free from Cole Cabral’s beta repository in Cydia. To add the beta repository, if you don’t already have it, you’ll need to follow these simple steps:

5) Now you should be able to search for and install RomanLockscreenTime from Cydia.

Are you excited to give your iPhone’s Lock screen time indicator a Roman numeral makeover? Share why or why not in the comments section below.