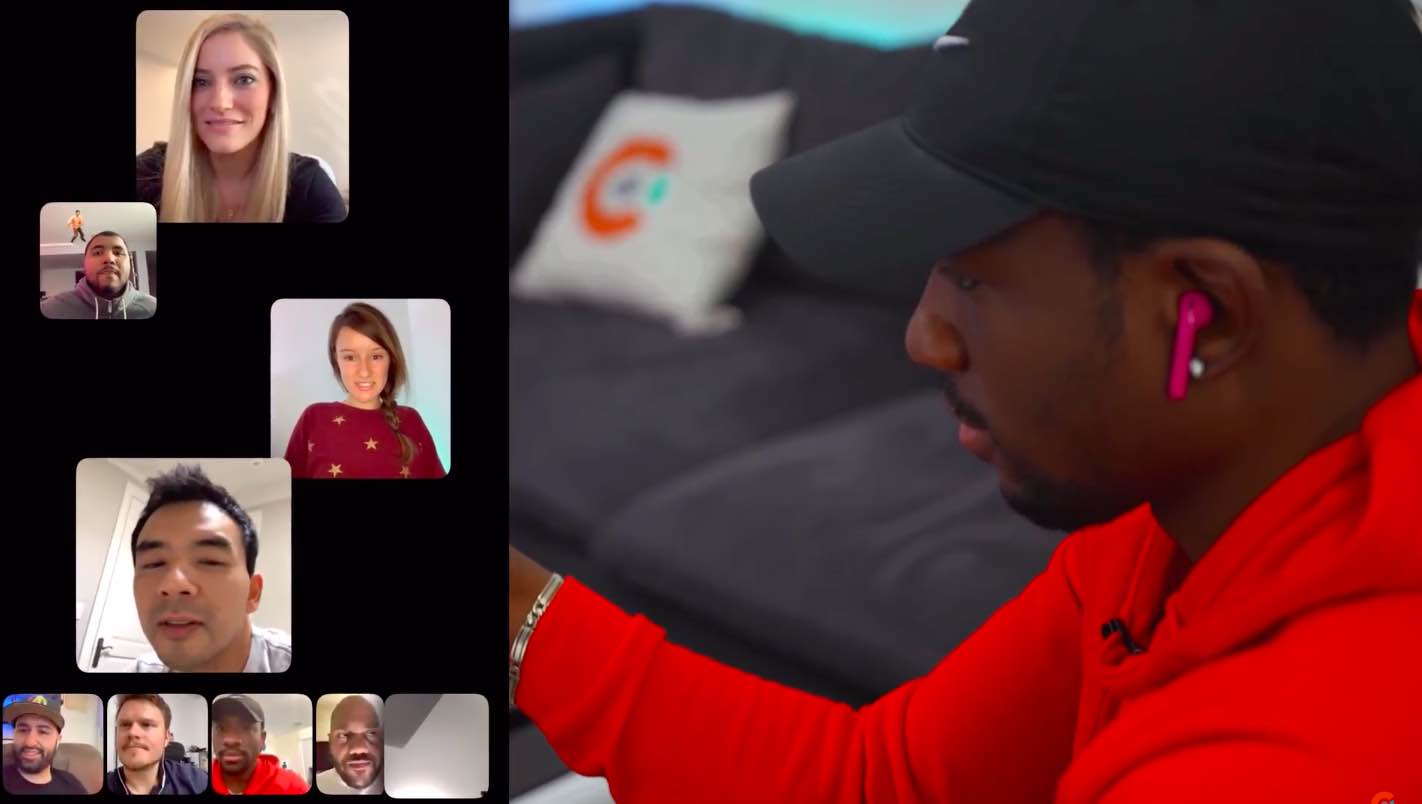 The biggest tech collaboration of the year is here with nearly 30 of your favorite YouTubers having come together on a group FaceTime Video call. Their video shows off just how smooth the feature is with very little lag. On the other hand, while the execution did impress us a lot, we felt that Apple’s implementation of the group-calling interface left a lot to be desired.

Some of the participants you’re probably familiar with include MKBHD, iJustine, Dom Espisto, TechnoBuffalo, JerryRigEverything, TechSmarrt, UrAvgConsumer and many more.

With this many people on a single video call, and especially on a smaller phone screen, we’re not really surprised that the experience can be confusing and lacking. Truth be told, group video calling is never easy so you’d naturally expect Apple’s implementation to fall apart with more than a couple participants, and that’s exactly what’s happening here.

As you saw for yourself, each participant gets their own video tile that automatically enlarges as that persons starts to speak (you can also tap a tile manually to enlarge it).

But hey, at least they proved that group FaceTime works as advertised!

It’s pretty hilarious that Apple’s Senior Vice President of Worldwide Marketing Phil Schiller tweeted out the “epic” video this morning, but I don’t think he gets the irony of the post.

It’s not the best solution because having more than a few tiles (participants) on the call clutters the interface and the fact that these tiles are moving more or less constantly isn’t helping either. This could have all been avoided if Apple had implemented a conversation list feature where I’d swipe to the left or right to reveal the list of all participants.

Then again, creating a user interface for group video calling with more than 30 people simultaneously on the call is no easy task, that’s for sure. Four people video-chatting at once is one thing but I don’t think I’ve seen a commercial video-chatting system that didn’t confuse users when more than 4 people were chatting on video simultaneously.

How would you implement group FaceTime calling if you were Apple.