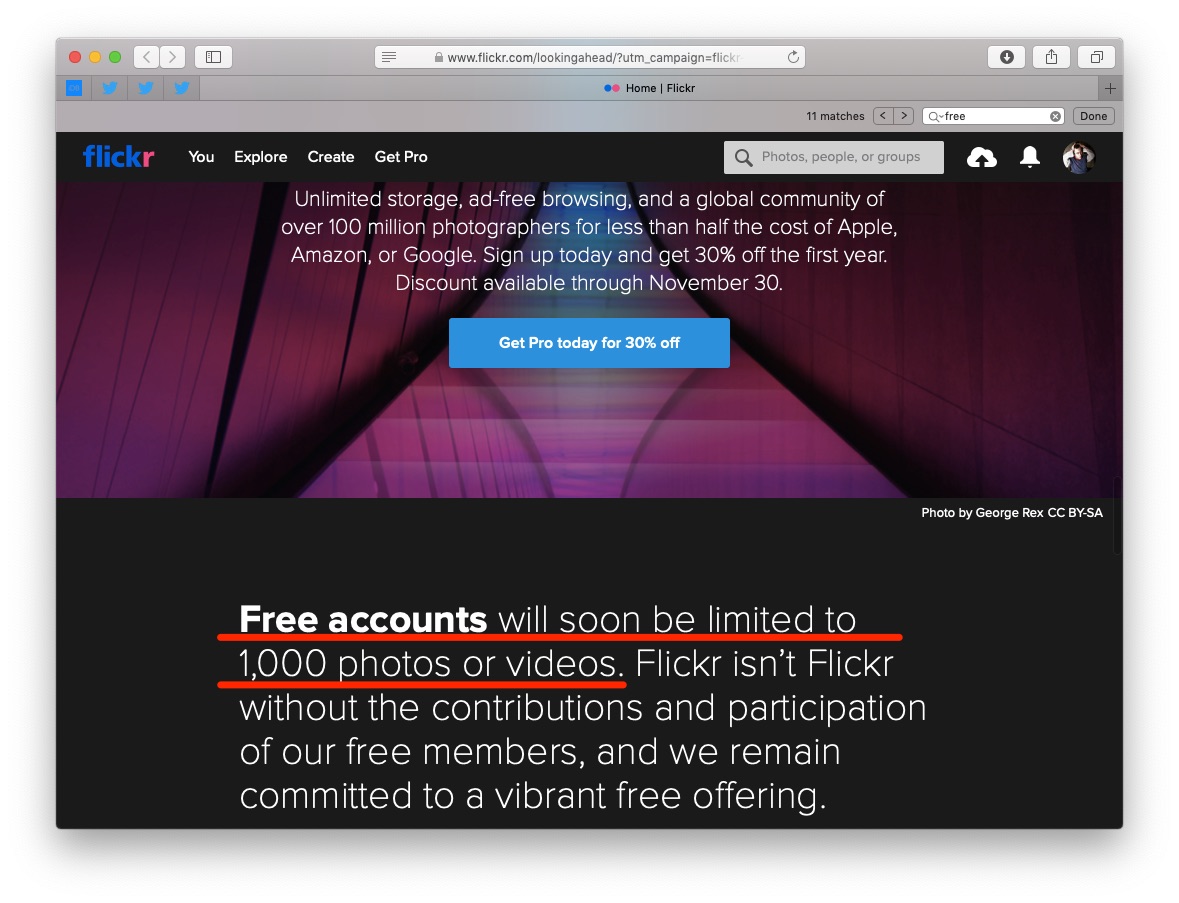 Yahoo selling its popular Flickr service to SmugMug in April 2018 was a good move because the new owner is adamant to give the once popular photo-sharing service a new lease of life.

Free members with more than a thousand photos and videos uploaded to the service will have until Tuesday, January 8, 2019 to upgrade to Pro or download photos over the 1,000 limit. After January 8, members over the limit will no longer be able to upload new photos to Flickr.

They’re no longer offering a free terabyte of storage because free services are “seldom actually free for users,” the company wrote in a press release. “Users pay with their data or with their time. We would rather the arrangement be transparent”

Here are the changes coming to Flickr’s free tier:

According to the firm, they chose the 1,000 photo/video limit because people generally care about the number of photos they can store, not storage size (before 2013, free Flickr accounts were limited to 200 photos) and the fact that the vast majority of free members have fewer than 1,000 photos and videos.

Check out all the perks of the paid Flickr Pro accounts:

They’re giving all free members with more than 1,000 items ample time to either download them or upgrade to Flicker’s Pro tier before November 30 for 30% off their first year.

Additional improvements stabilize uploads and speed up delivery of your items.

The service now supports six times the photo resolution at 5,120 x 5,120 pixels (5K resolution, 26 megapixels). They’re going to generate these new sizes for all your older full-quality photos and you’ll be able to control which sizes are available for viewing like before.

Flickr will fully support embedded color profiles (including AdobeRGB and ProPhoto) across all modern browsers, devices and displays to render your wide color photos at their best. 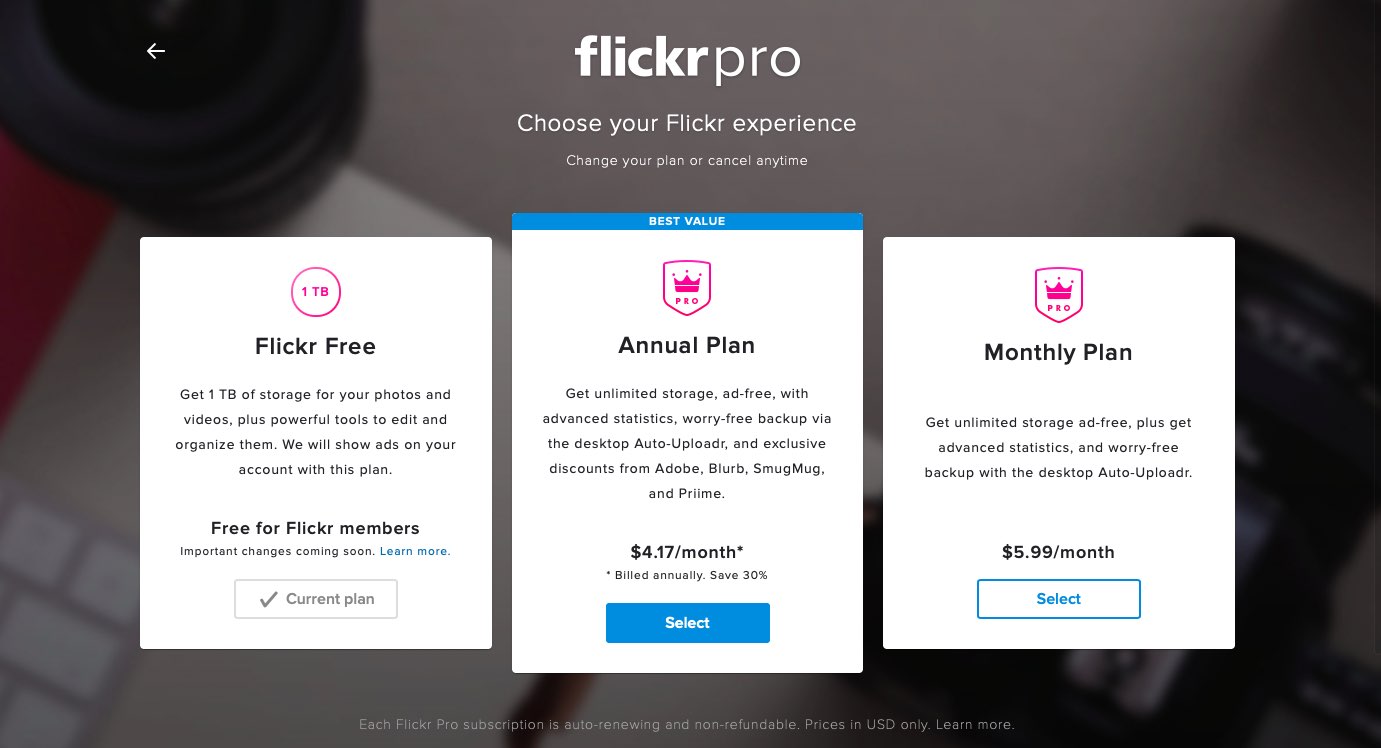 “Just this week, we began running a small percentage of uploads through the new software,” they said. “We hope to have all new uploads going through it in the next few months, with the tens of billions of photos that make up Flickr’s rich history to follow shortly after that.”

They’re even leaving the Yahoo login behind in favor of one seamless login, coming in early-2019, that will permit you to use any email address you choose to log into the service—that’s right, you’ll no longer need a Yahoo account to use Flickr.

In terms of account security, you will have the ability to add your phone number and use token-based, multi-factor authentication as an added layer of security.

For detailed information on a sharper focus for Flickr, read a blog post by Don MacAskill, who is the co-Founder and CEO at Flickr’s new owner SmugMug.

Reaching out to the community

The team is asking the community’s help to make Flickr a sustainable business again.

From the start, Flickr has been an act of co-creation, and without you, our community, we’d be just an empty picture frame–no more than a template and a web address.

We are committed to building the future we all want for Flickr–one where the site can keep evolving in all the areas that have made it the incredible, diverse and beautiful place it has always been.

For the past few years I’ve been using Apple’s excellent iCloud Photos and, occasionally, Google’s own Photos service, but still have an account with Flicker which used to be my go-to photo-sharing service. I’ll be making sure to check out the above changes and their Pro perks.