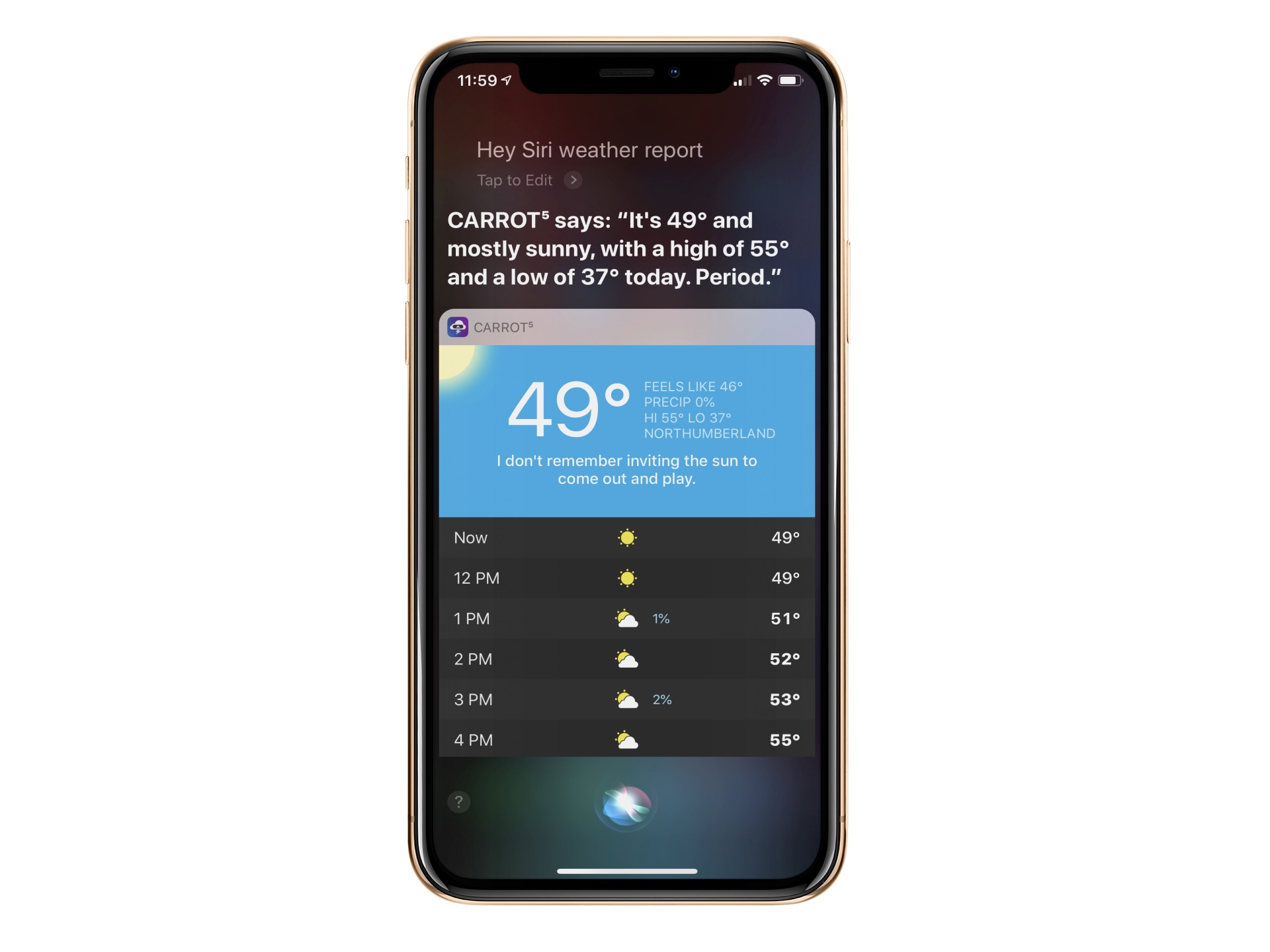 Here’s a look at some of the best Siri Shortcuts implementations available for iOS. With the Siri Shortcuts feature in iOS, you can execute a trigger with a voice command. Not all apps support Siri Shortcuts. Luckily, those that do ship with their own shortcuts that you can use with ease.

How to find Siri Shortcuts

Apps that support Siri Shortcuts typically have a link on its settings page. You can also visit the iOS Settings app under the Siri & Search section to see a listing. 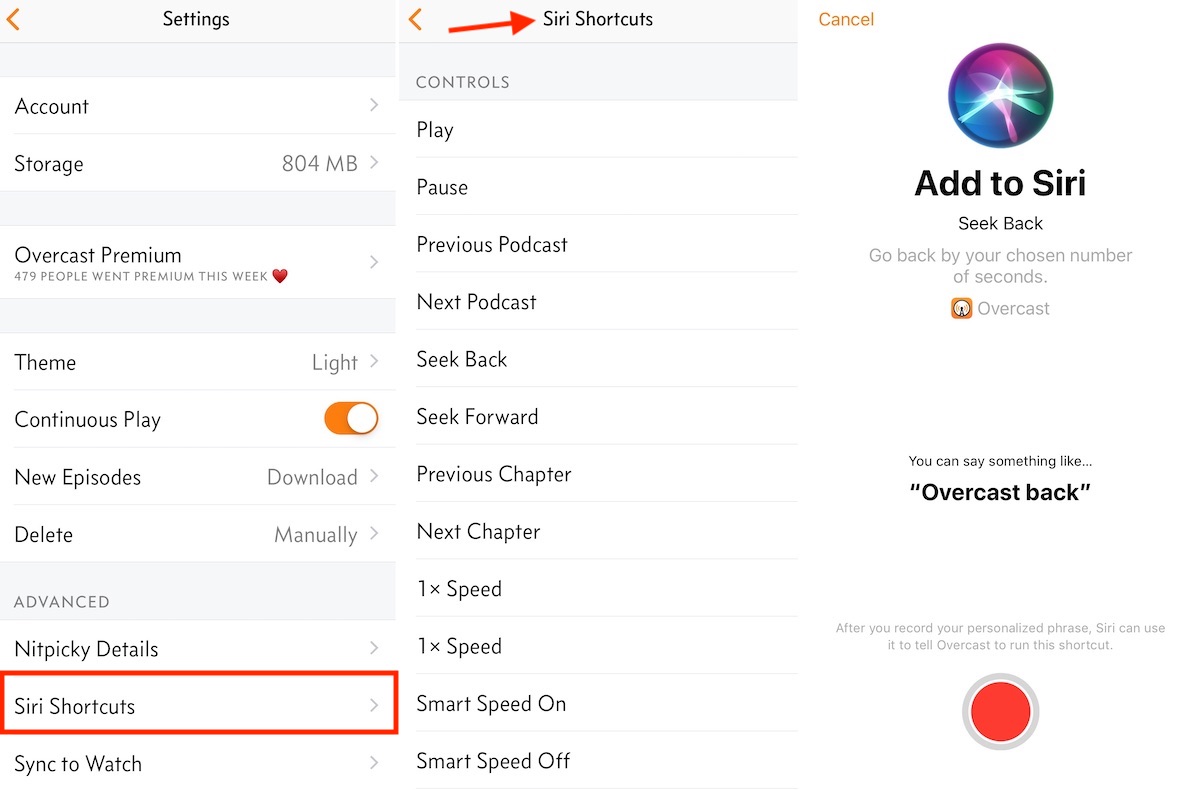 One of the most popular apps on the App Store is the third-party Overcast podcasts app. You can find Overcast’s long list of Siri Shortcuts by going into the app under Settings > Siri Shortcuts.

These including the ability to play/pause, search previous/next chapters, change the speed, and more.

Through the Settings app

The Setting app for iOS also has information on Siri Shortcuts under Siri & Search > Suggested Shortcuts.

To find shortcuts, go under Suggest Shortcuts and tap All Shortcuts. The apps are sorted alphabetically. 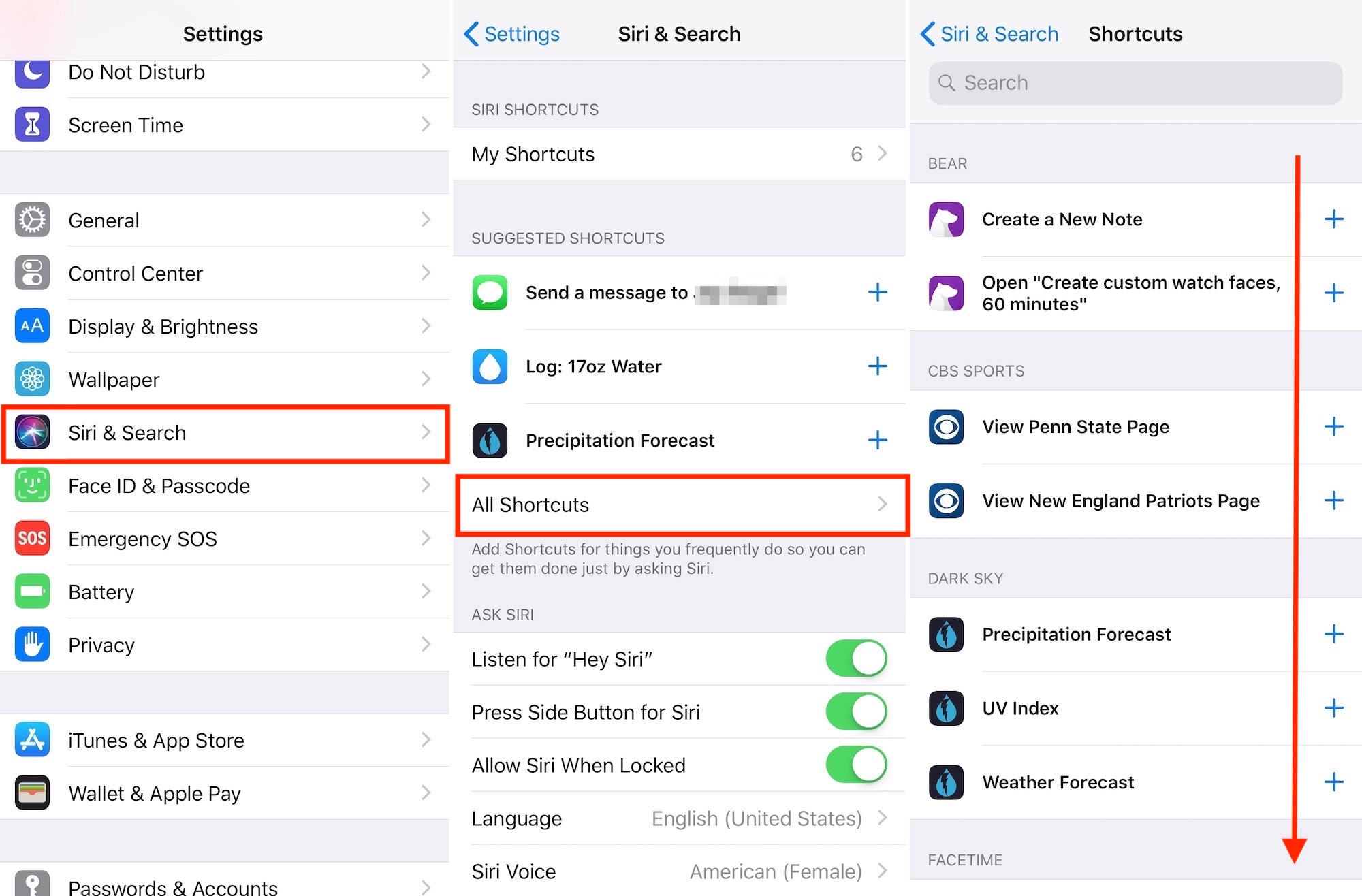 Please note: Not every shortcut that’s available for an app is listed here, just ones that are recommended.

How to assign and run Siri Shortcuts

Each Siri Shortcut for an app includes an “Add to Siri” page. From these pages, you must activate the shortcut by recording a message for Siri to learn. To make this easier, each page includes a suggested message you can use. To record your message, tap the red Record button.

For example, in Overcast, you might assign the message “Overcast Skip” to tell Siri when you want to skip forward, or “Overcast Pause” to temporarily stop a podcast.

Note: Be sure to assign shortcuts names that make sense so they’re easier to remember. 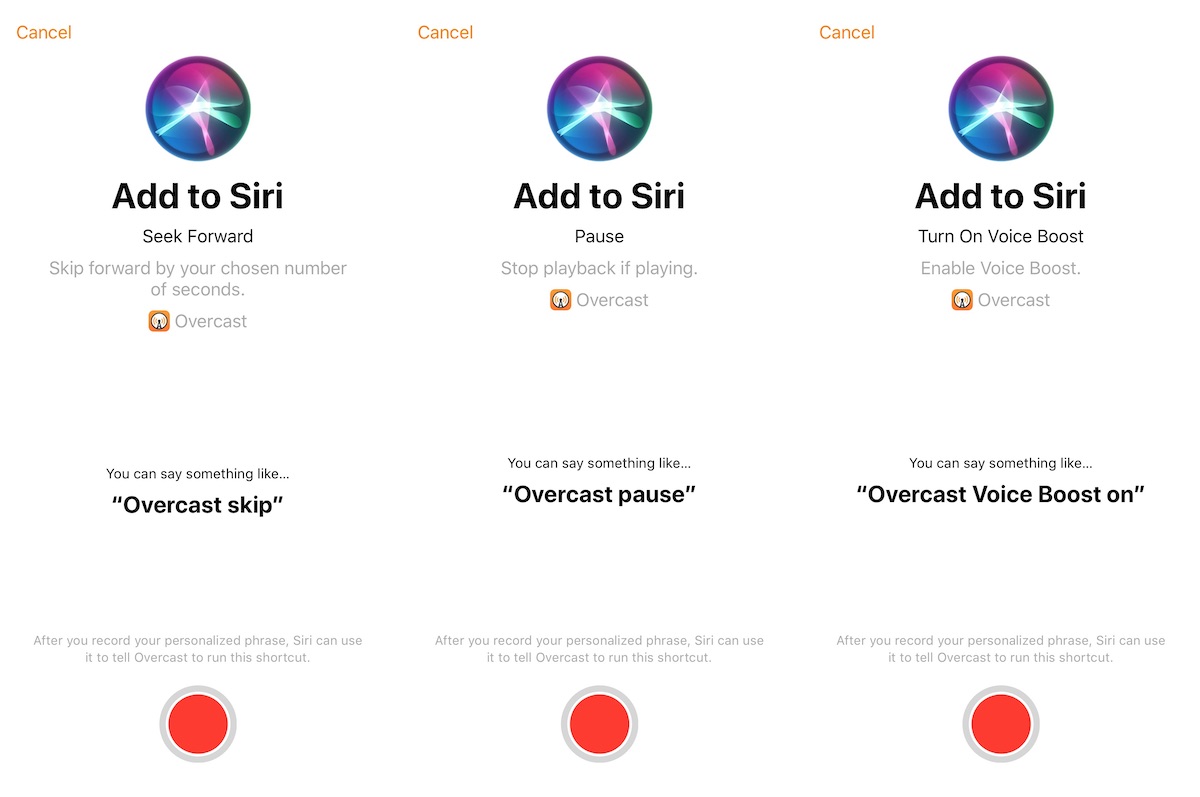 The number of iOS apps using Siri Shortcuts continues to grow. Besides Overcast, here are nine more to get you started.

One of the most popular iOS camera apps of all time, Camera+ (now called Camera+ Legacy), received a sequel in 2018. Camera+ 2 includes 10 initial Siri Shortcuts, such as:

You can activate any of these shortcuts within the Camera+ 2 app under the Menu > Siri Shortcuts, then tapping the “+” next to them.

This popular app has been making inappropriate (and funny) comments about the weather since 2015. The various Siri Shortcuts include the ability to check the current conditions, see/hear the extended forecast, or see specific weather data points.

You can find the Carrot Weather shortcuts by going into Settings > Siri Shortcuts. 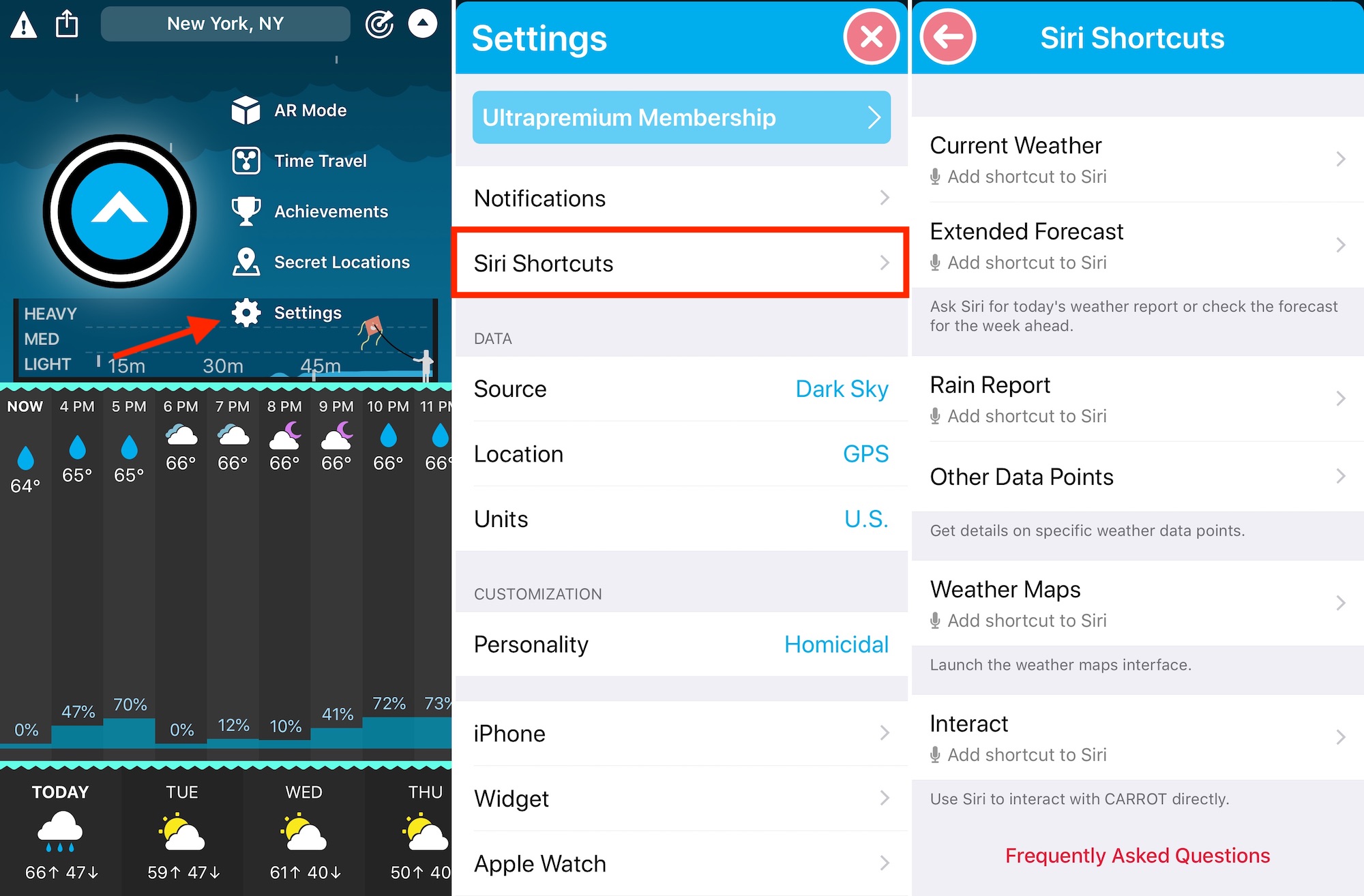 Now owned by Sirius/XM, Pandora Music offers a lot of useful Siri Shortcuts through its iOS app. These are presented based on your listening history. As such, you’ll see shortcuts for your favorite stations, bands, and genre.

Pandora Music shortcuts are available in Settings > Add to Siri in the app.

An app like PCalc is ideally suited for Siri Shortcuts. Those for the calculator app focus on recent activities (new calculation, for example) and custom shortcuts (such as commands, functions, layouts, and more). 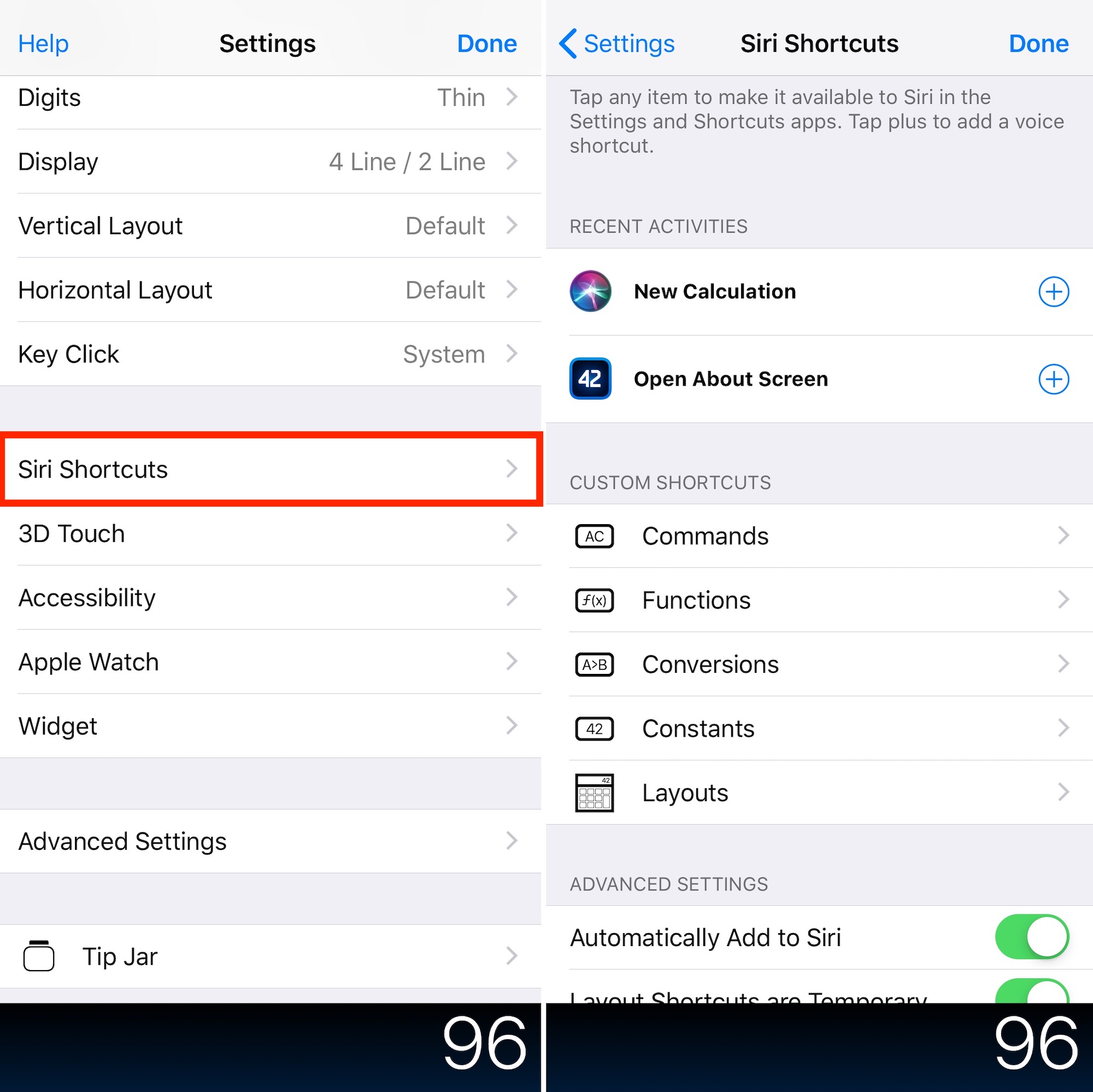 In PCalc, Siri Shortcuts are found under app settings.

At the launch of Siri Shortcuts, Sky Guide offers only one tool, although it’s the only Siri Shortcuts implementation that’s literary out of this world. Using Siri Shortcuts, you can say “What star is that?” while pointing your iPhone to the heavens. Sky Guide will do the rest.

You can set up with Siri Shortcut under the app’s menu.

Thanks to Tile, your keys, backpack, or other accessories are just an app away from being found. In the Tile app, each item now comes with a Siri Shortcut. Once set up, you can use these shortcuts using phrases like “Find Bryan’s keys” or “Find my bag.” 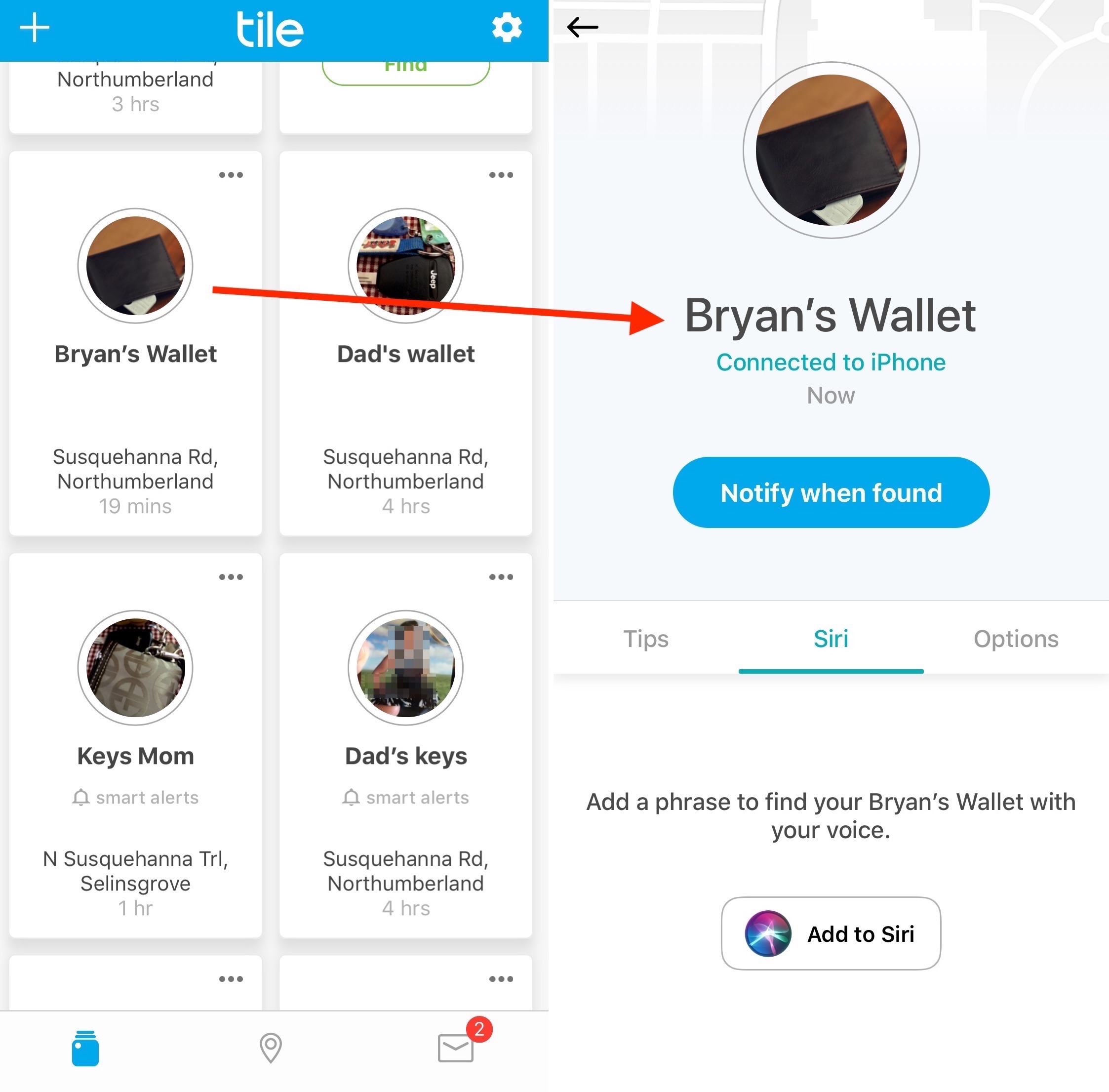 Thanks to Siri Shortcuts, your favorite to-do list app just got better. In Things 3, you can now use your voice to generate and maintain your own Quick Entry, or ready-made to-dos. You can also use a Siri Shortcut to show current lists.

You can find the Siri Shortcuts in the Things app under Settings > Siri & Shortcuts.

The next time you’re planning a trip, you should consider using TripIt. The free travel app makes it easier to keep track of upcoming travel plans using your iPhone.

At launch, Siri Shortcuts in TripIt are limited to:

You can find TripIt shortcuts by going into the ios Settings app under Siri & Search > Suggested Shortcuts.

The Water Minder app is all about keeping tracking of your water intake each day. With Siri Shortcuts, this process becomes much easier. You can create shortcuts to say things to Siri like:

Shortcuts for Water Minder are located on the Profile page under General.

As you can see, there’s a lot you can do with Siri Shortcuts on your iPhone or iPad. If you have your own Siri Shortcut favorites let us know below.