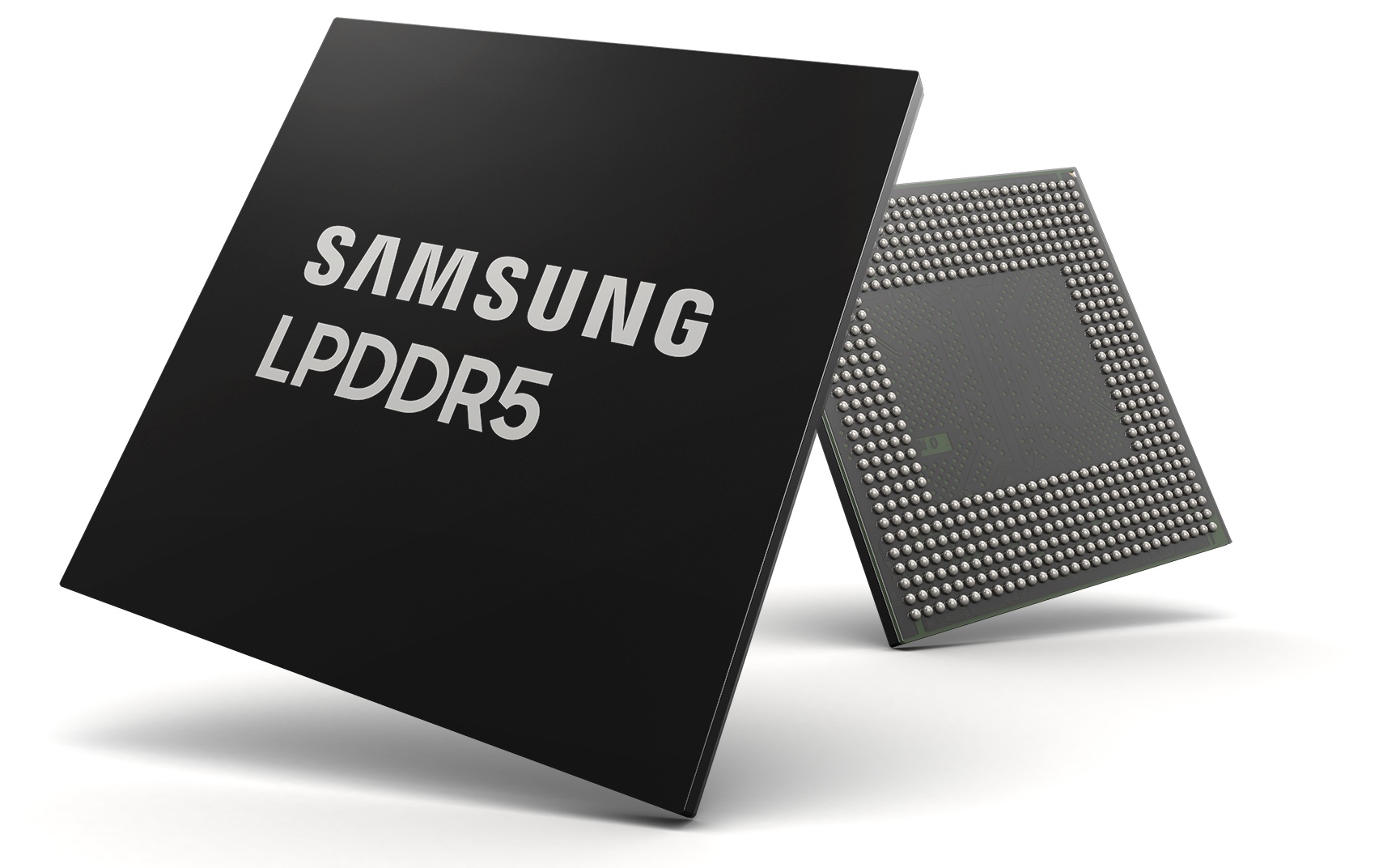 The premium 8Gb LPDDR5 technology is a major step forward for low-power mobile memory solutions where power consumption and speed are of utmost importance.

It boasts a data rate of up to 6,400 megabits per second, or 1.5x faster than the mobile LPDDR4 DRAMs commonly used in the current flagship smartphones, like iPhone X. As an illustration of the chip’s increased transfer rate, it’s able to send 51.2 gigabytes of data per second, or approximately 14 full-HD video files (3.7GB each).

To maximize power savings, the chip automatically lowers its voltage in accordance with the main CPU’s operating speed when in active mode. It has also been configured to avoid overwriting cells with ‘0’ values and offers a deep sleep mode that cuts the power usage to approximately half the idle mode of the current LPDDR4 DRAM.

Samsung brought the first 8Gb LPDDR4 to mass production in 2014.

The South Korean conglomerate plans to kick off mass production of its next-generation DRAM lineups “in line with the demands of global customers” at its plant in Pyeongtaek, Korea.

AnandTech has more on the chip’s technical side.

Apple currently sources DRAM for iOS devices from multiple suppliers, including Micron, Toshiba, Samsung and SK Hynix. While there are no indications that Apple will incorporate Samsung’s new chip into a future iPhone, the march of technology may necessitate using faster DRAM as iPhones continue to increase their screen resolution and gain additional cameras, which requires more memory to process data.