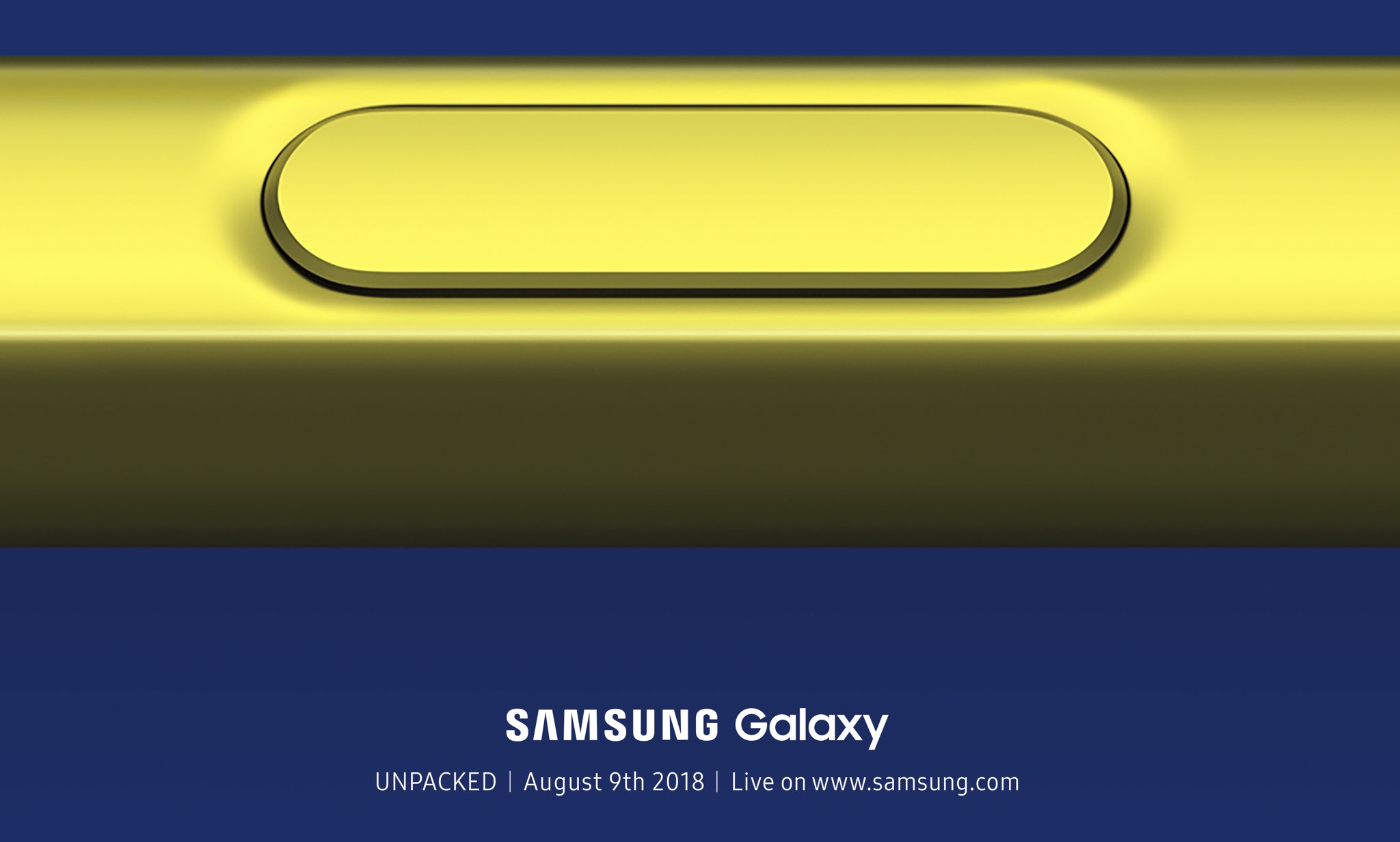 Samsung earlier in the week sent out press invites for its upcoming annual Unpacked press event that is scheduled to take place on Thursday, August 9, at 11am ET.

The event at the Barclays Center in New York City is due about a month before Apple is expected to announce its new iPhone lineup in September in order to give Samsung more traction for their next smartphone debut. Although Samsung did not specifically mention the next Note, the teaser image shows a closeup shot of a button on its trademark S-Pen stylus.

Among other notable improvements, the next Note is expected to have a slightly larger screen and battery, an upgraded S-Pen stylus and improved cameras. Sources told Bloomberg’s Mark Gurman that Note 9 will be very close to the latest Galaxy S9+, but with a squared-off design.

Specifically, Gurman wrote, the next Note should “look similar to last year’s model” and had faster processors and “an upgraded camera”. For what it’s worth, Samsung recently announced an Isocell Plus camera sensor capable of capturing more light while “significantly increasing light sensitivity and color fidelity.”