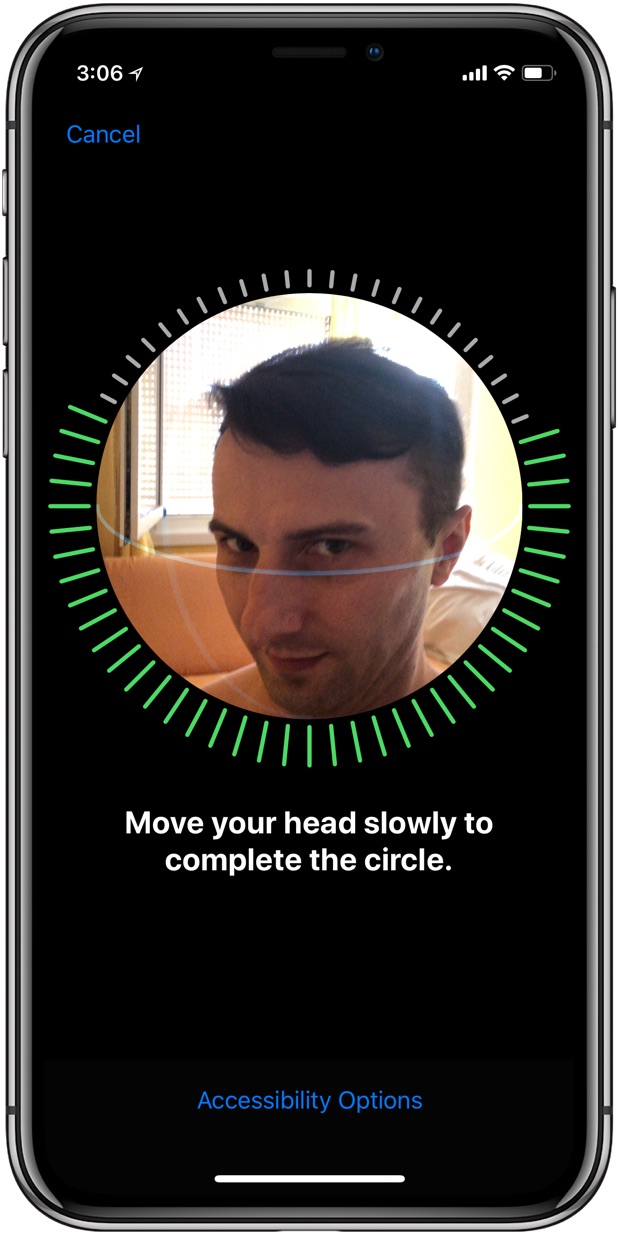 While iOS 12 does not actually bring out official support for allowing multiple people to register their face with Face ID on a single iPhone X device, nor does it enable horizontal unlock as previously thought, customers are now permitted to at least set up an alternate appearance—a feature that can effectively be used to have an iPhone X recognize a second person.

Although Face ID was designed to adapt to changes in your appearance, such as wearing cosmetic makeup or growing facial hair, setting up an alternate look that complements the main face that’s assigned to unlock the device improves Face ID’s accuracy.

Parents will likely be using this feature to add a second registered user so that two different faces can unlock the same iPhone X. That’s not possible with the current version of Face ID in iOS 11. Just don’t confuse alternate looks with support for registering multiple faces, a feature that, as you know, Apple has not introduced officially as of yet.

Available in your Face ID settings on iPhone X with iOS 12, the new option is readily available by tapping the button labeled Set Up an Alternate Experience underneath the Appearances heading. That brings up the usual interface for enrolling your face where you turn your head around so that the device can build a detailed mathematical model of your facial features. 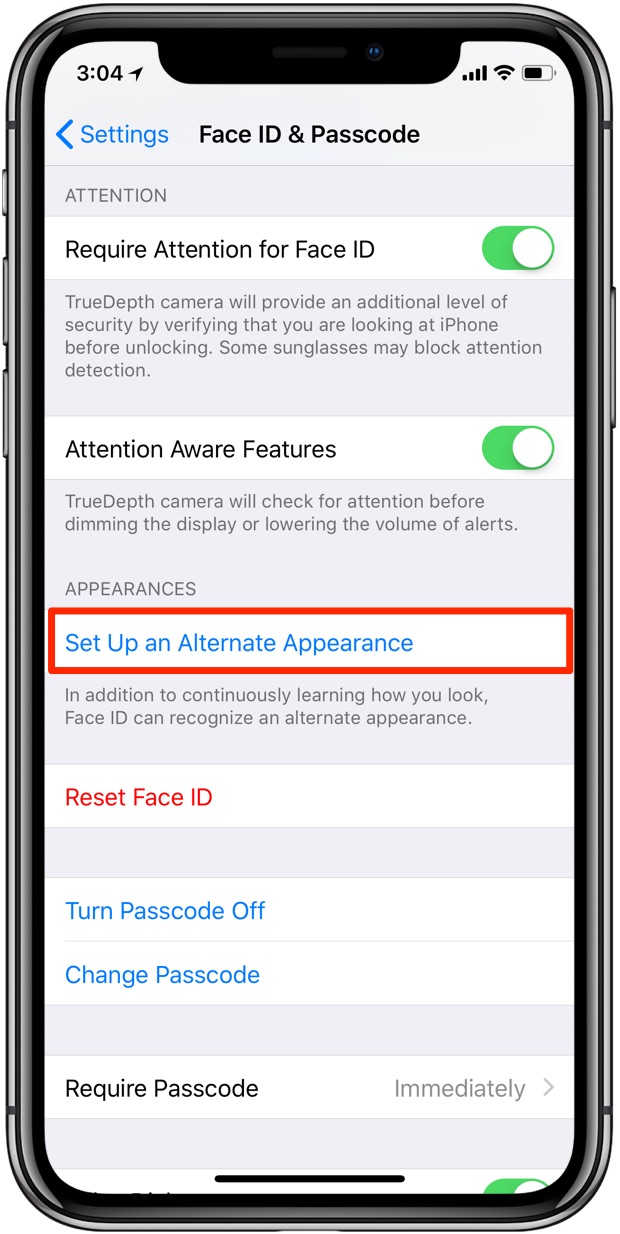 “In addition to continuously learning how you look, Face ID can recognize an alternate experience,” reads the feature’s description. Once you’ve set up an alternate appearance, the button for adding alternate looks disappears from your Face ID settings.

“To enroll another appearance, Face ID needs to be reset,” notes Apple.

You can reset any facial data stored on your device by tapping Settings → Face ID & Passcode → Reset Face ID. Doing so will delete Face ID data, including mathematical representations of your face, from your device. You can now enroll your face and set up an alternate look again.

How do you like this new Face ID feature in iOS 12?