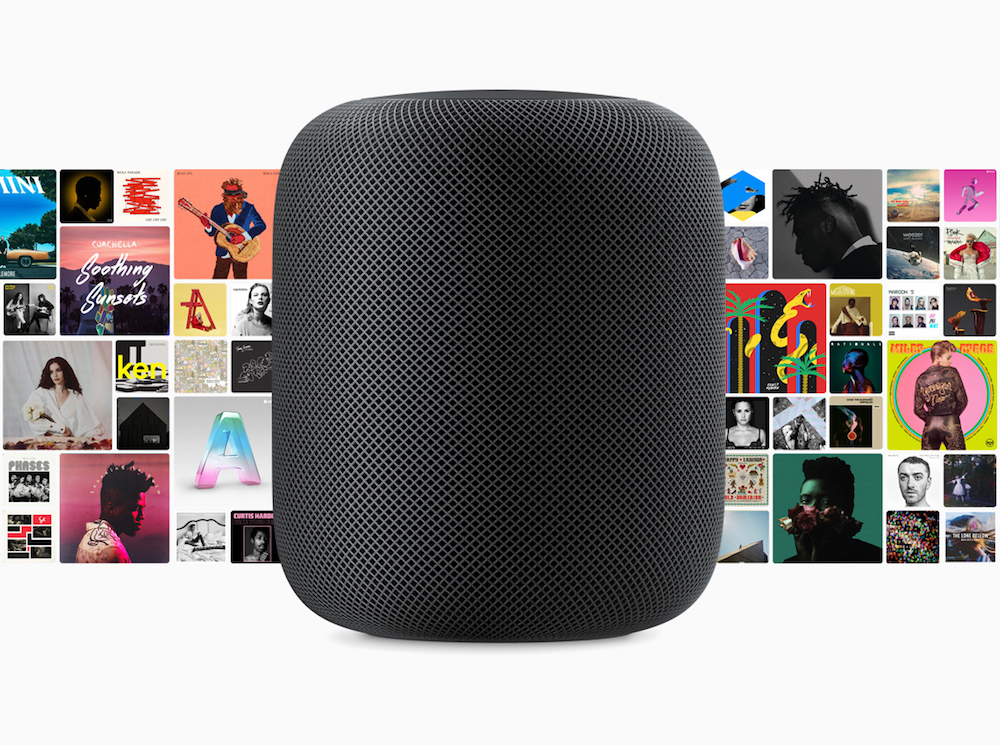 For the first time, Amazon’s share of the global smart speaker market has dropped below 50 percent. At the same time, Apple became the fourth largest smart speaker brand worldwide thanks to the February launch of HomePod.

According to new research from Strategy Analytics, Amazon shipped 4 million smart speakers during the first quarter of 2018 or an increase of 102 percent year over year. At the same time, Google shipped 2.4 million units, which was a 709 percent increase. Alibaba followed with 700,000 units sold.

Apple announced the Siri-powered HomePod in June 2017. However, it didn’t begin shipping units until this February. Through the end of the March, Cupertino shipped 600,000 HomePod units. What’s remarkable about this number is that the speaker is only available in three countries: the United States, United Kingdom, and Australia. Plus, HomePod is $349, much more than what competitor charge for their smart speakers.

In its first quarter of selling smart speakers, Apple took 6 percent of the overall worldwide market.

According to David Watkins, director at Strategy Analytics:

Amazon and Google accounted for a dominant 70% share of global smart speaker shipments in Q1 2018 although their combined share has fallen from 84% in Q4 2017 and 94% in the year ago quarter. This is partly as a result of strong growth in the Chinese market for smart speakers where both Amazon and Google are currently absent. Alibaba and Xiaomi are leading the way in China and their strength in the domestic market alone is proving enough to propel them into the global top five. 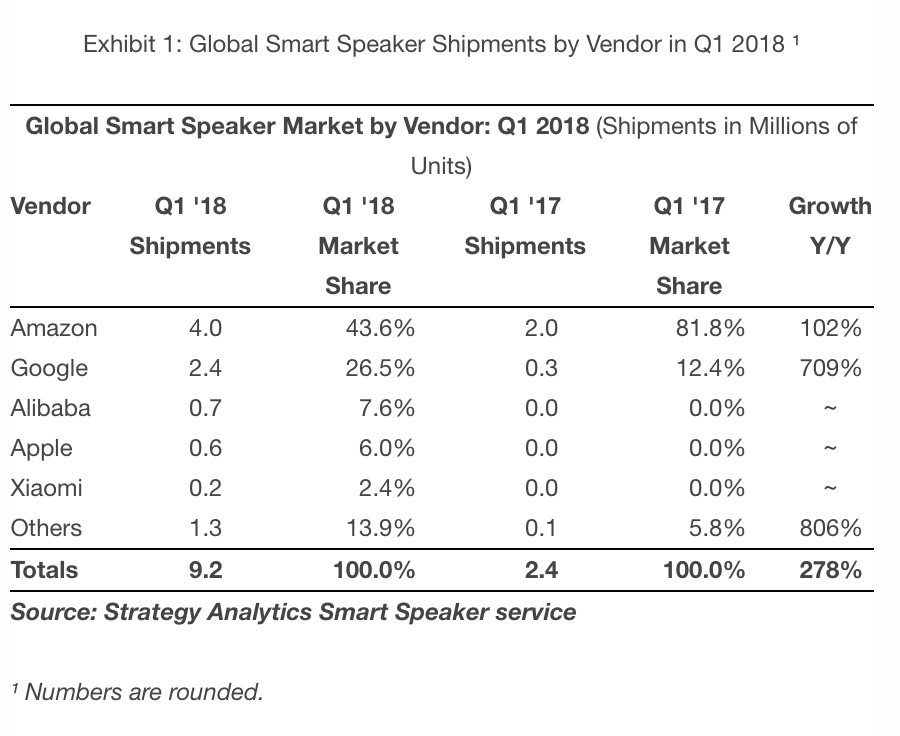 Despite selling more than double the number of speakers year over year, the Amazon Echo maker saw its share of the worldwide market drop significantly in the past 12 months. In the first quarter of 2017, it accounted for 81.8 percent of the emerging market. One year later, that number dropped to 43.6 percent. During the same time period, Google’s share climbed from 12 4 percent to 26.5 percent.

Apple could announce a lower-priced HomePod later this year. That could increase Apple’s market share considerably.