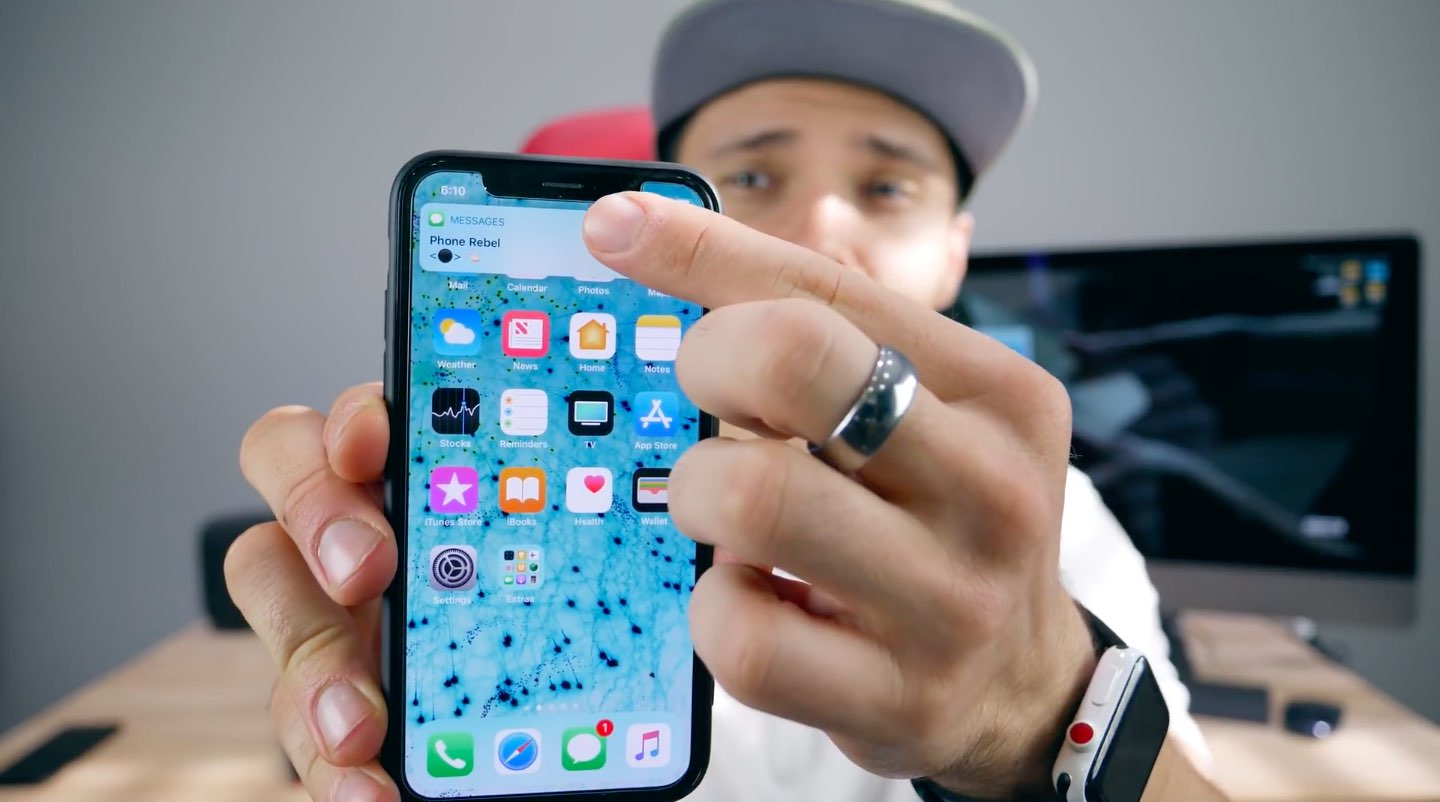 Unicode bugs are what Lock screen exploits used to be in the past—no matter what Apple does, there’s seemingly always a new text handling issue lurking around the corner.

Revealed by EverythingApplePro on YouTube, this particular bug overwhelms the Messages app with a string of thousands of special characters that are hidden and tell the receiving app whether the text reads from left-to-right or right-to-left, for example.

When such a message hits your device, it immediately locks up the Messages app.

Dubbed “Black Dot,” the offending message consists of a black dot emoji and a hand pointing to it—hence its name. When received, it crashes Messages. Force-quitting the app or restarting the device doesn’t help.

Thankfully, you can repair your affected Messages app quite easily.

Simply use 3D Touch on the Messages icon on the Home screen, then choose the option labeled New Message from the shortcuts menu. That’s it, Messages should become responsive again and give you a chance to delete the offending message.

Avoid re-opening the maliciously crafted message or the app will break again.

This annoying text handling issue appears to affect all versions of iOS 11, including the latest iOS 11.3 commercial release and the upcoming iOS 11.4 software update, which is being tested currently with Apple’s vast army of registered developers and public beta testers.

Apple has yet to issue a fix for this exploit.

Can’t wait for Messages on iCloud to go live so that those pesky Unicode text handling exploits would freeze all my devices at once.

It originally affected Android users in India, where people were sending each other a maliciously crafted message through WhatsApp that caused the recipients’ phone to freeze.

As I mentioned earlier, this isn’t the first we saw these stupid Unicode text handling exploits. Earlier this year, iPhone and iPad users were hit by another such text bomb, dubbed ChaiOS, that broke the Messages app with a maliciously crafted link attachment.