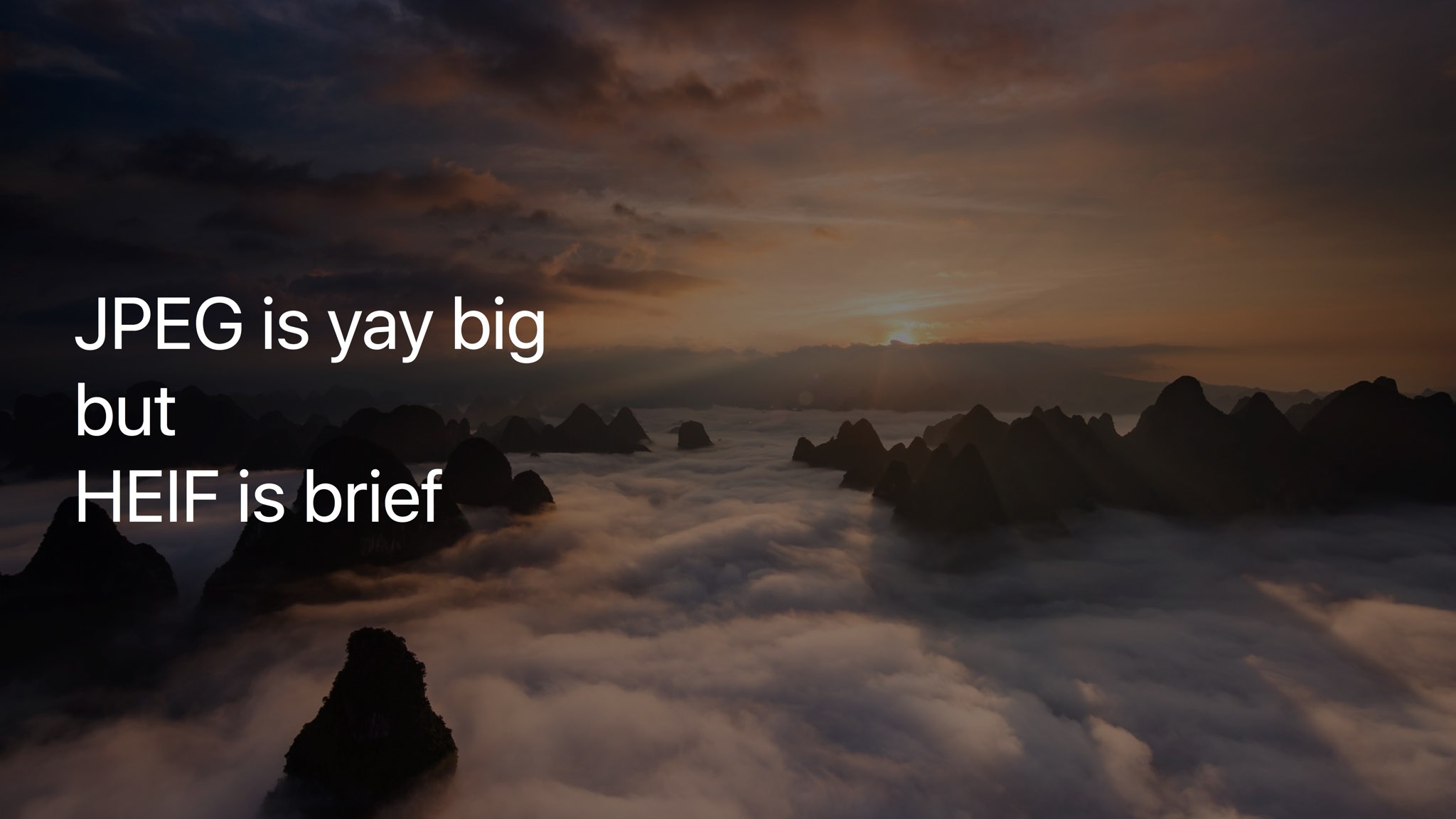 With platform support for HEIF on Android P devices, developers can send and utilize HEIF-encoded files from their backend server for their app to share and display. New APIs also let them perform JPEG → HEIC conversions, write HEIF still images from the camera and more.

We felt it important to let you guys know about this because Apple was the first major technology company to embrace the HEIF image format and having Google now backing this important media format will only help accelerate its adoption.

Apple also provides APIs for developers allowing them to use HEIF as a space-saving image storage format in their apps. To take HEIF-encoded images on your iPhone or iPad, however, the device must be powered by Apple’s A10 Fusion chip or newer.

In other words, any iPhone model from iPhone 7 onward will capture photos in HEIF.

All supported devices default to storing your photographs as .heic files upon installing iOS 11, unless you manually change your capture format in Settings → Camera → Formats.

On the Mac side, Apple’s stock apps like QuickTime, Preview, Quick Look and more can import HEIF-encoded images without any problems.

However, no Macs are capable of saving HEIFs at the moment.