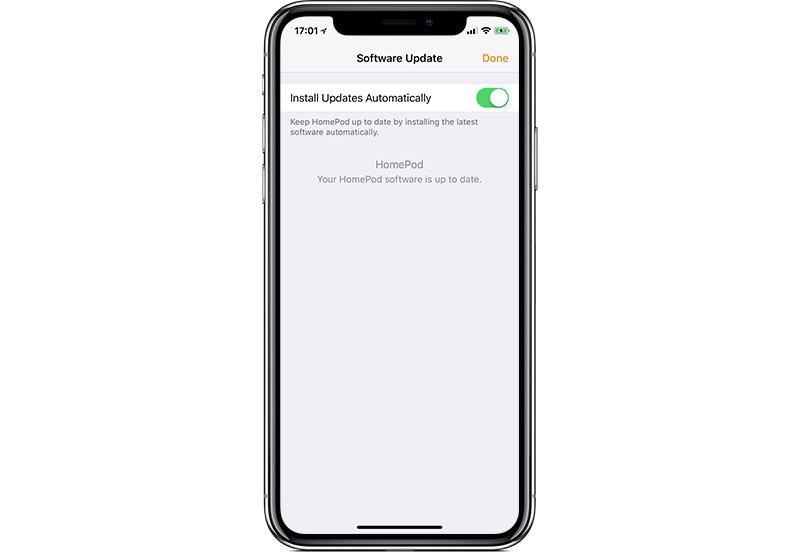 Details continue to trickle out preceding the widespread launch of the HomePod next week. We’ve now a clear picture on how the HomePod will receive updates.

Like all of Apple’s other devices, the HomePod will receive software updates for bug fixes, as well as the inclusion of new features.

However, unlike Apple’s other flagship products, the HomePod doesn’t have a display to manage settings, instead, it offloads the work over to the iPhone. Not dissimilar to the Apple Watch.

The Apple Watch has its own standalone application to manage settings and updates. The HomePod on the other hand, will live entirely within the Home app, and show as a HomeKit device.

Guilherme Rambo at 9to5mac has dug around inside of the most recent iOS updates and been able to uncover some screenshots, as well as plausibly confirm AirPlay 2 launching with iOS 11.3.

When viewing software update details for a HomePod, users will be able to enable automatic updates, and will be available for individual HomePods, or multiple.

The next major update will probably be iOS 11.3, which will include new features including AirPlay 2. We had a hands-on first look of AirPlay 2 in the initial beta of iOS 11.3. AirPlay 2 will bring many enhancements to streaming audio including improved bandwidth, and multi-room audio.

The HomePod is now available for preorder and will start hitting shelves next week on February 9th.