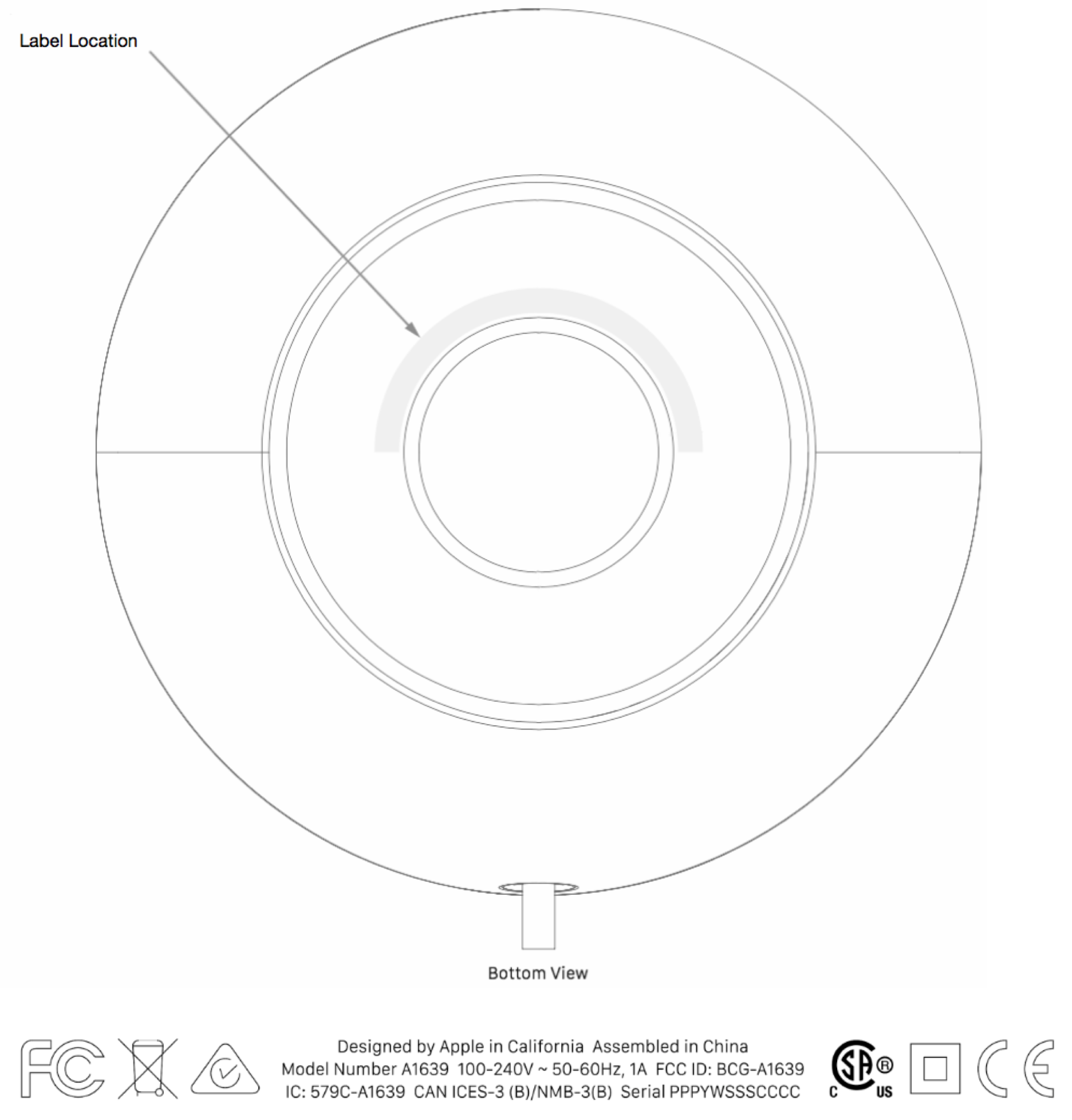 First discovered by 9to5Mac, details on the filing include an image of the bottom of the smart speaker where the FCC label will be located. As required by the FCC rules, all devices incorporating wireless technologies that are offered for sale or lease in the United States must have FCC’s authorization to ensure compliance with federal regulations.

“Many of the FCC documents are dated September 27, but have just now been released, which suggests that the hardware may not have changed much in the past months,” notes the report.

The smart speaker, which has been delayed for quite a few weeks now, has recently entered volume production, with supplier Inventec already shipping first million units to Apple.

Code strings in the latest beta of iOS 11.2.5, discovered by Brazilian tech writer Filipe Espósito, point to a pair of previously unknown features for the device: multi-account support and the ability to mute its always-listening microphones.

With an FCC approval and iOS 11.2.5 coming this week, HomePod launch seems imminent.