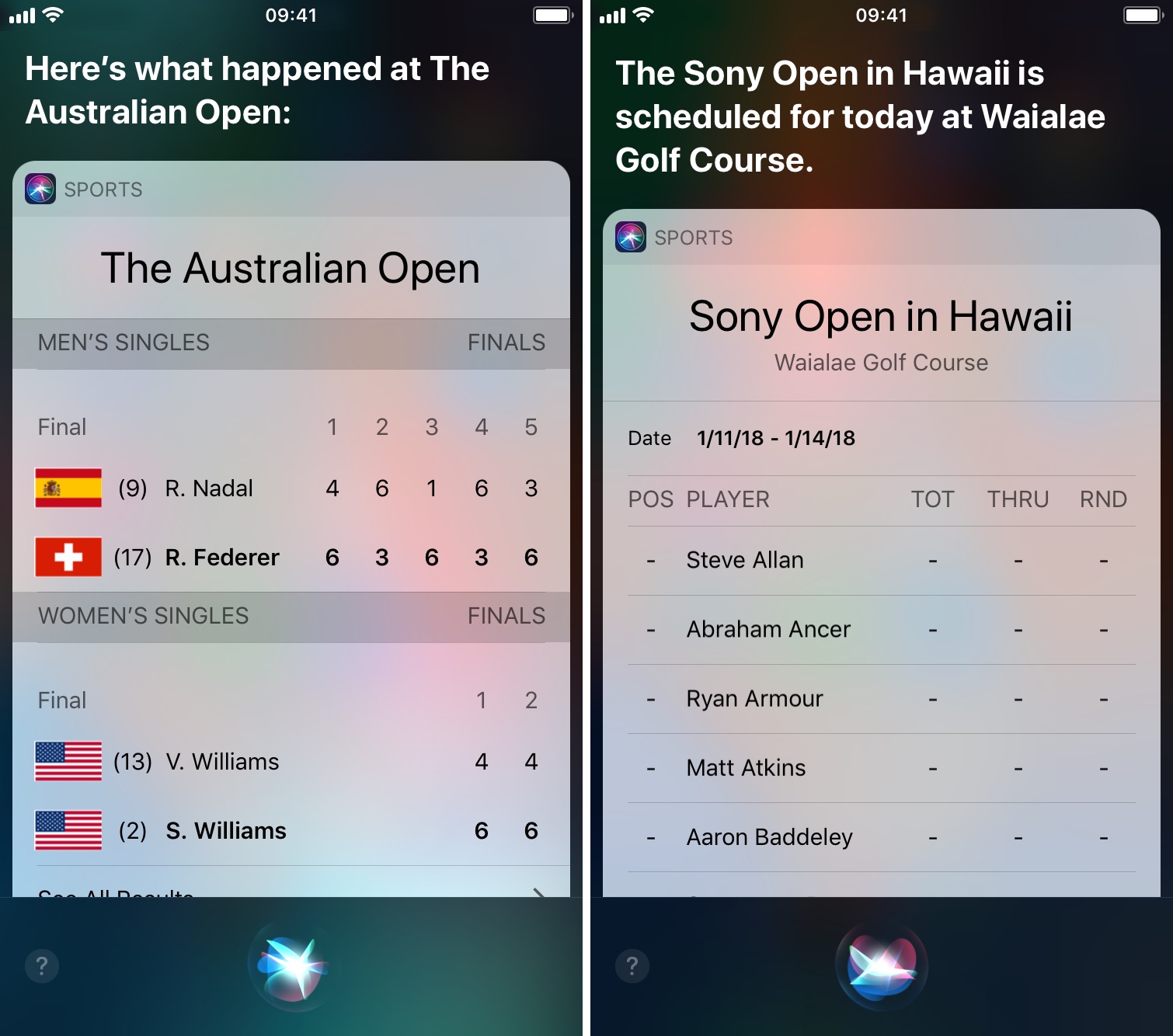 Siri has just learned two new skills and will now be able to give you basic information about tennis and golf.

For example, you could ponder “Hey Siri, did Nadal win his last match?”

You can ask for scores, histories, who is playing, when a match was held, where a tournament was located, and more. One of my favorite abilities is to ask about players bios.

These two new sports join football, hockey, baseball, and other sports that Siri is well versed in.

Similar to other sports that have been supported for a while, results can be a bit hit or miss though.

Tennis-wise, Siri knows about the Women’s Tennis Association as well as the ATP World Tour, with information from Grand Slams in 2016, 2017, and 2018.

On the golf side of things, Siri can answer questions relating to the PGA and LPGA tours, and tournaments for last year and this year. Grand Slams since 2007 are also available.

Depending on the question, Siri is capable of responding to questions with plain text, as well as rich graphical charts. This is similar to other sports queries you may have tried in the past.

Are there any other sports out there that you would like Siri to read up on? Let us know below.