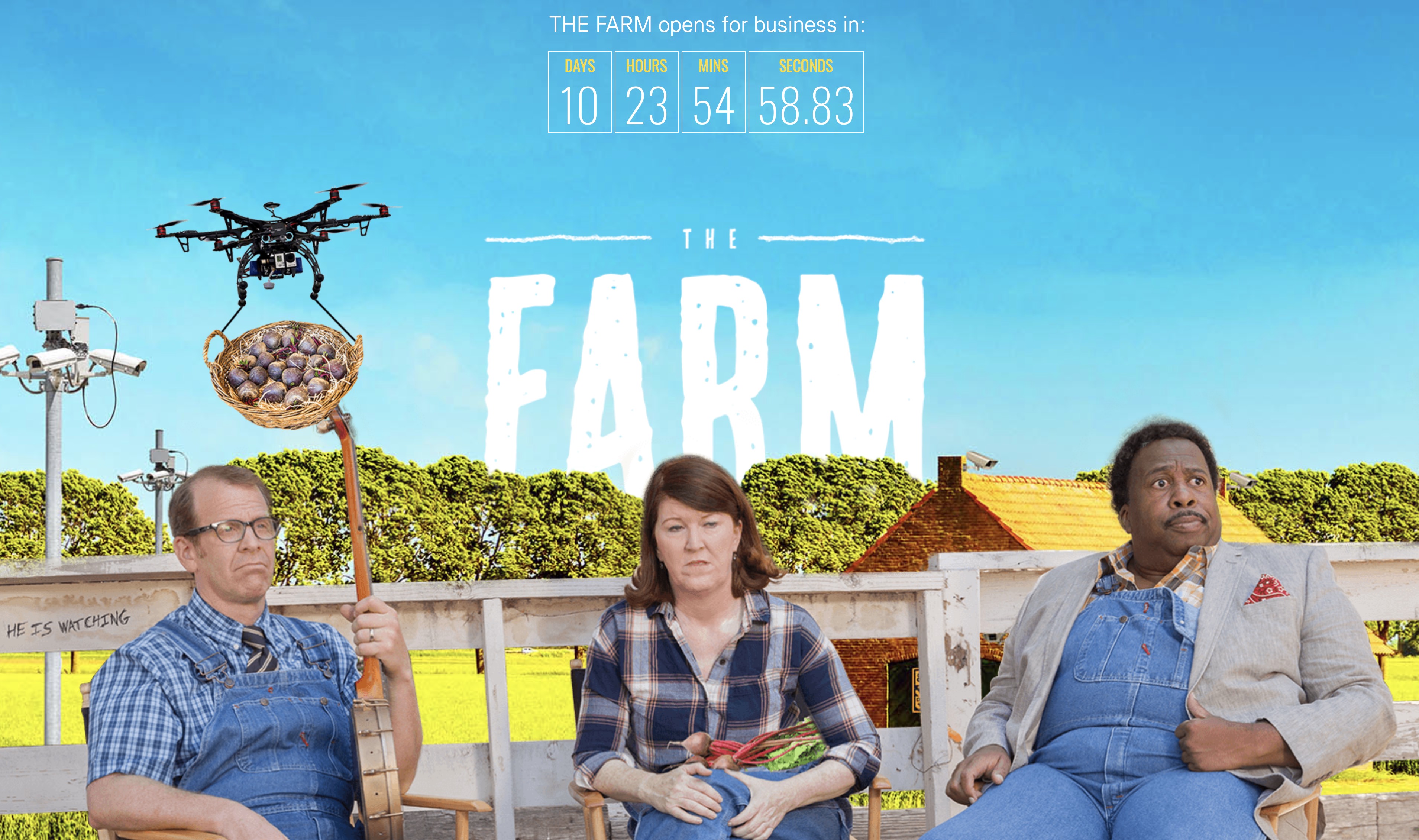 There has been quite a bit of chatter lately that The Office could see a revival in some way. Fans have eagerly been seeking out any piece of news alluding to the future of the popular series.

Specifically, fans have honed in on a possible revival of the ill-fated spinoff, The Farm.

It seems something Office-related is definitely inbound, as a new micro-site has been available online since last month with a countdown clock set to January 15th. It features a trio of actors who had roles on The Office; Leslie David Baker, Kate Flannery, and Paul Lieberstein.

This is already a bit contradictory as the original planned series for The Farm was to be centered on Dwight’s family and life on their beet farm. While there are clearly plenty of beets (and drones?) involved, actor Rain Wilson who portrayed Dwight hasn’t been mentioned. The three actors featured on the teaser also weren’t expected to be regulars on the spinoff series.

#ad Counting down the days before the three are back on screen together. Can’t wait to see see more of them at the beet farm. #FarmTime https://t.co/DTR9woddDZ pic.twitter.com/JOSN2nei2c

So if not a revival of The Farm series, what could it be?

Instagram user dundermifflinpaperco claims to have learned what is going on, and it is a bit less grandiose than a new series.

They claim they’ve received insider knowledge that it will be a three-part Apple commercial, similar to the cinematic ad featuring Dwayne Johnson and Siri.

This is definitely plausible, and it is odd the micro-site happens to be published on FileMaker (an Apple subsidiary), but there are no other ties to Apple as of yet. There is a reference to “FarmTime” which could be an allusion to “FaceTime” but that is starting to be a bit of a stretch.

One last guess as to who is behind The Farm could be Comedy Central. Comedy Central recently acquired the off-network rights to The Office back in December from NBCUniversal and plans to start airing the series with a marathon, on January 15th. The same day that the countdown ends.

This could simply be an online mini-series to promote The Office coming to Comedy Central.

Truth is, we don’t know if Apple, Comedy Central, or anyone else is involved with The Farm but we shouldn’t have to wait much longer.

The micro-site is quite interesting so be sure to check it out if you’re interested.

In the mean time, feel free to speculate wildly down below in the comments. What do you think is going on?