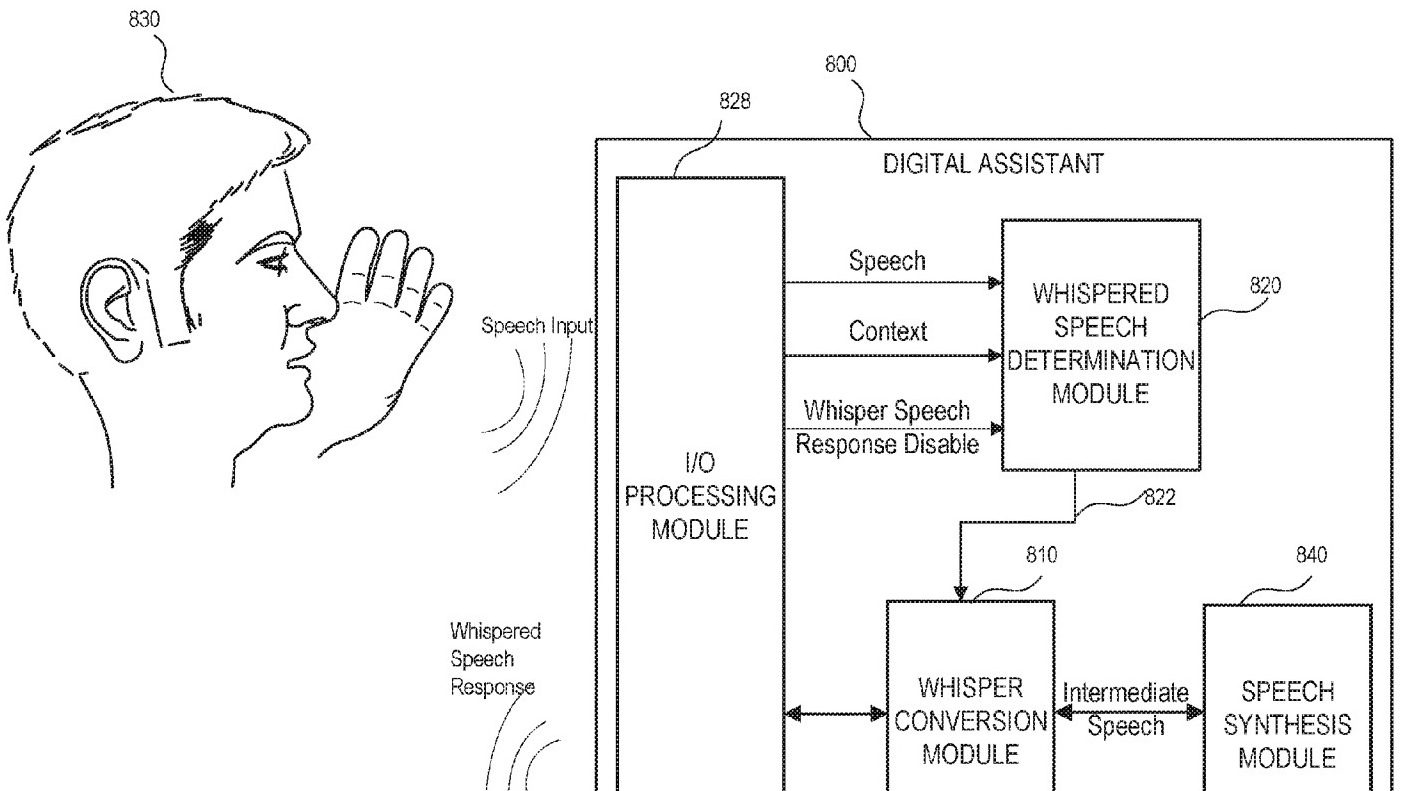 Apple’s personal digital assistant Siri may someday be able to detect the difference between a whispered and regular speech, as well as whisper back when you need quiet.

The filing describes the ability for Siri to detect the difference between a whisper and regular speech, as determined by measuring an input’s amplitude and frequency patterns.

Upon detecting that a user is whispering at her rather than using regular speech, Siri would also whisper back all of its replies. Note that Apple itself is using the term “whisper.” This feature could even identify the tone of your voice in order to respond in a similar tone.

This could be useful in a number of situations when you want to keep the noise level low by whispering, like conversing with Siri in a library, a movie theater or other places where speaking loudly may be prohibited or socially unacceptable.

The filing mentions whispering at Siri could even help protect your privacy and respect your coworkers while “working at a cubicle.”

Apple originally filed for this patent in 2016.

Let us know how you like this potential Siri feature down below in the comments!