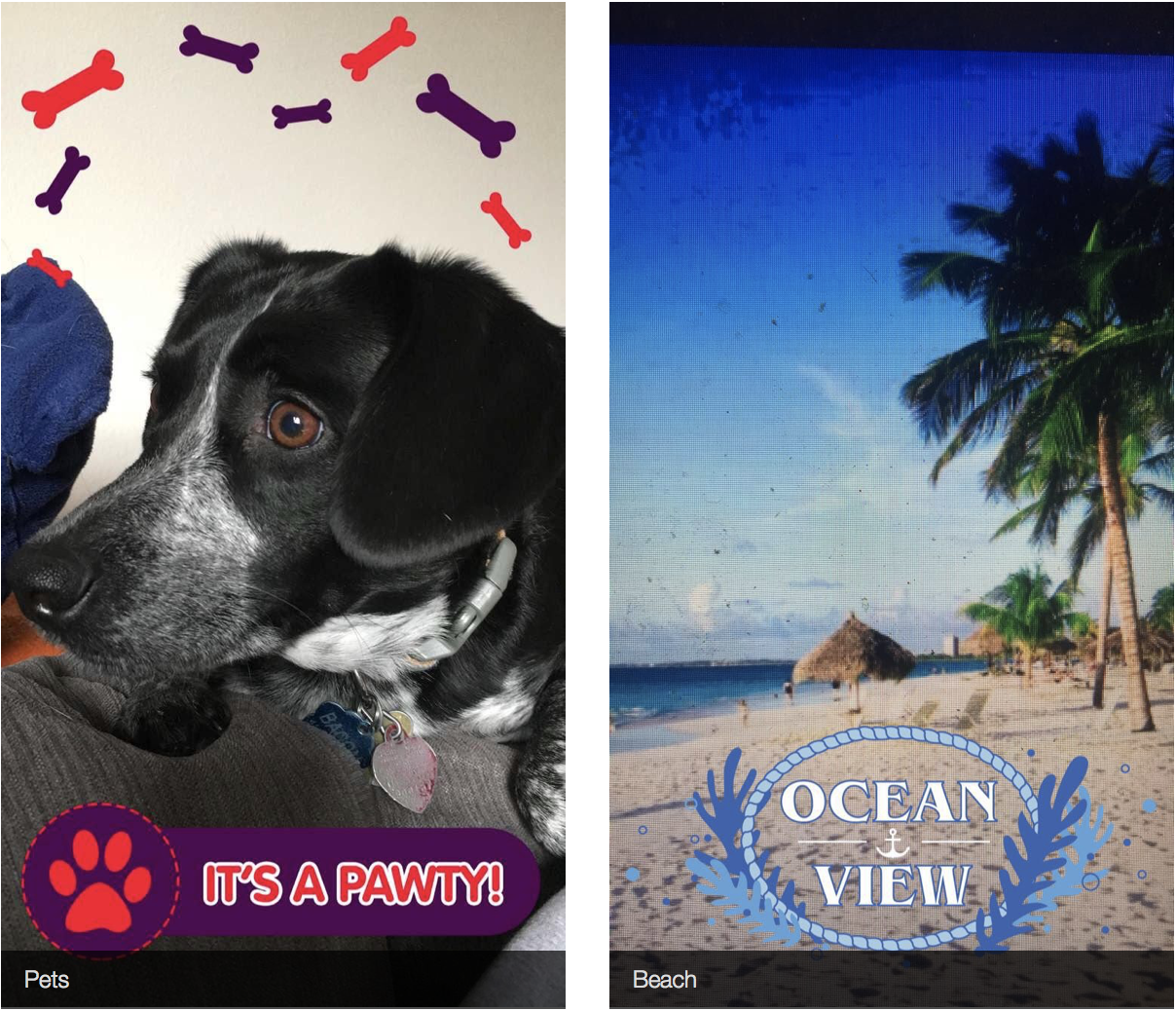 In a slow rollout before the significant redesign coming December 4, Snapchat today released some new features that will allow it to detect the subject of your photos, as well as provide relevant stickers and borders, as first spotted by Mashable.

They’ve been slowly rolling out these new capabilities to users, starting last week.

The filters will automatically appear for users as the app attempts to detect what’s in your photo. For instance, if you snapped a picture of food, Snapchat would present stickers and graphics that say things such as “What diet?!” and “NOMZ.”

You can see a few examples of the photos Snapchat identified above.

As Snapchat looks for ways to increase revenue, there is a chance these image recognition based filters could also be turned into ads. This comes hot on the heels of other recent Snapchat news, including the introduction of AR trial ads and Promoted Stories.

Have you seen the new filters show up for you yet? And while we’re at it, what do you think of all the sweeping reforms coming to the Snapchat service?

Let us know below.