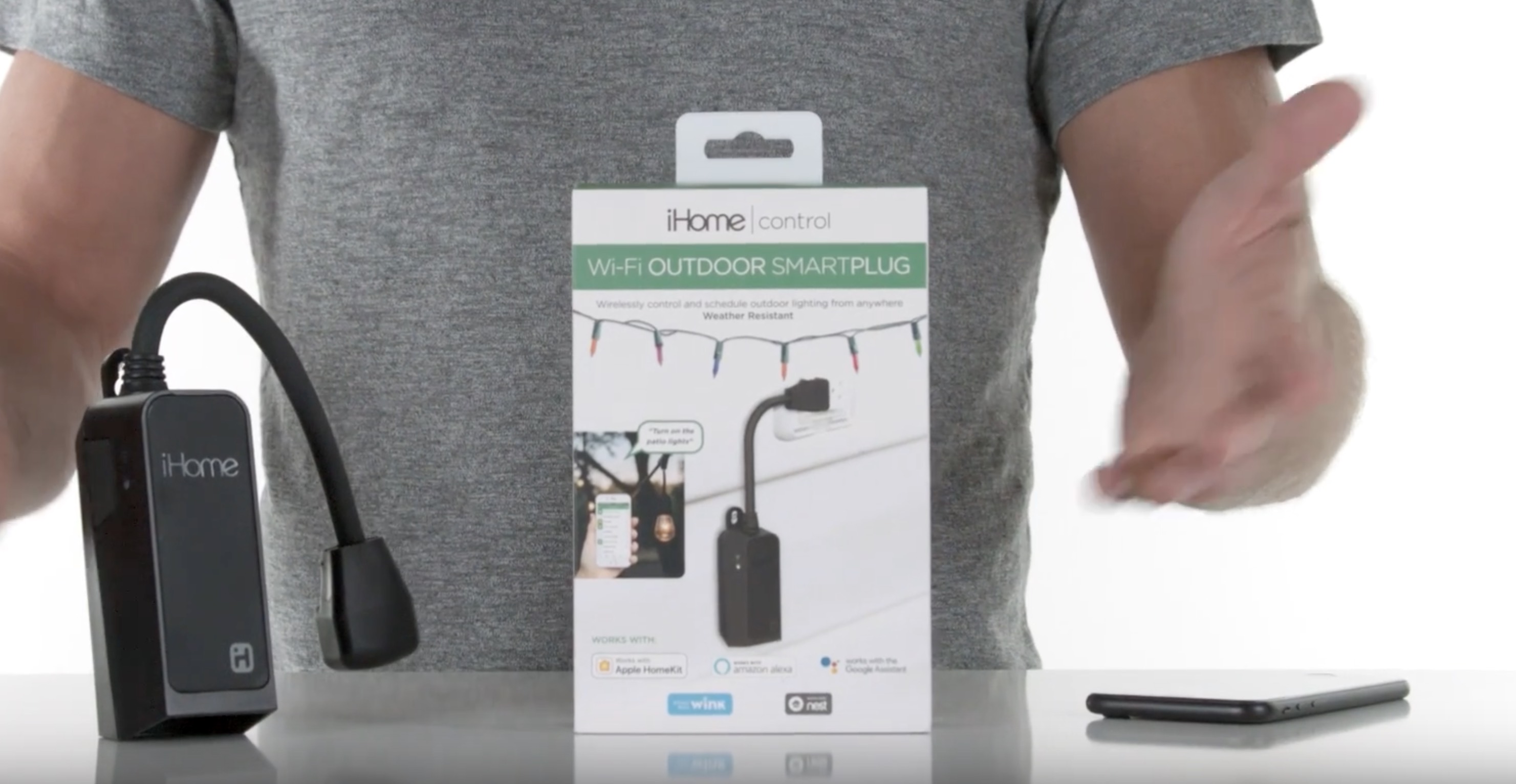 Today, iHome announced the latest edition to their smart home lineup, dubbed the iSP100 SmartPlug, just in time as people start decorating their homes for the holidays.

The new SmartPlug connects to your Wi-Fi network and lets you easily control devices like Christmas lights without significant lag that plagues Bluetooth-based HomeKit devices. In addition to supporting Apple’s HomeKit framework for the connected home, the accessory works with Nest, Google Assistant, Wink and Amazon Alexa as well.

The only other HomeKit-equipped outdoor smart outlet would be the iDevices outdoor switch, which is considerably more expensive. However, the iDevices switch actually has two outlets versus the sole socket on the iHome.

iHome also unveiled a Wi-Fi-equipped motion sensor, a leak sensor and a helpful door and window sensor. None of these products however support HomeKit, at least not yet.

The biggest benefits of Wi-Fi-connected outlets like this is improved performance (no Bluetooth lag), the fact they don’t require a hub to function and the ability to easily control them with the Home app, via Siri or through any of the other smart home platforms they support.

The new SmartPlus is currently available to order from Amazon, for $39.99, if you’re interested in picking up one (or two) before the holidays.