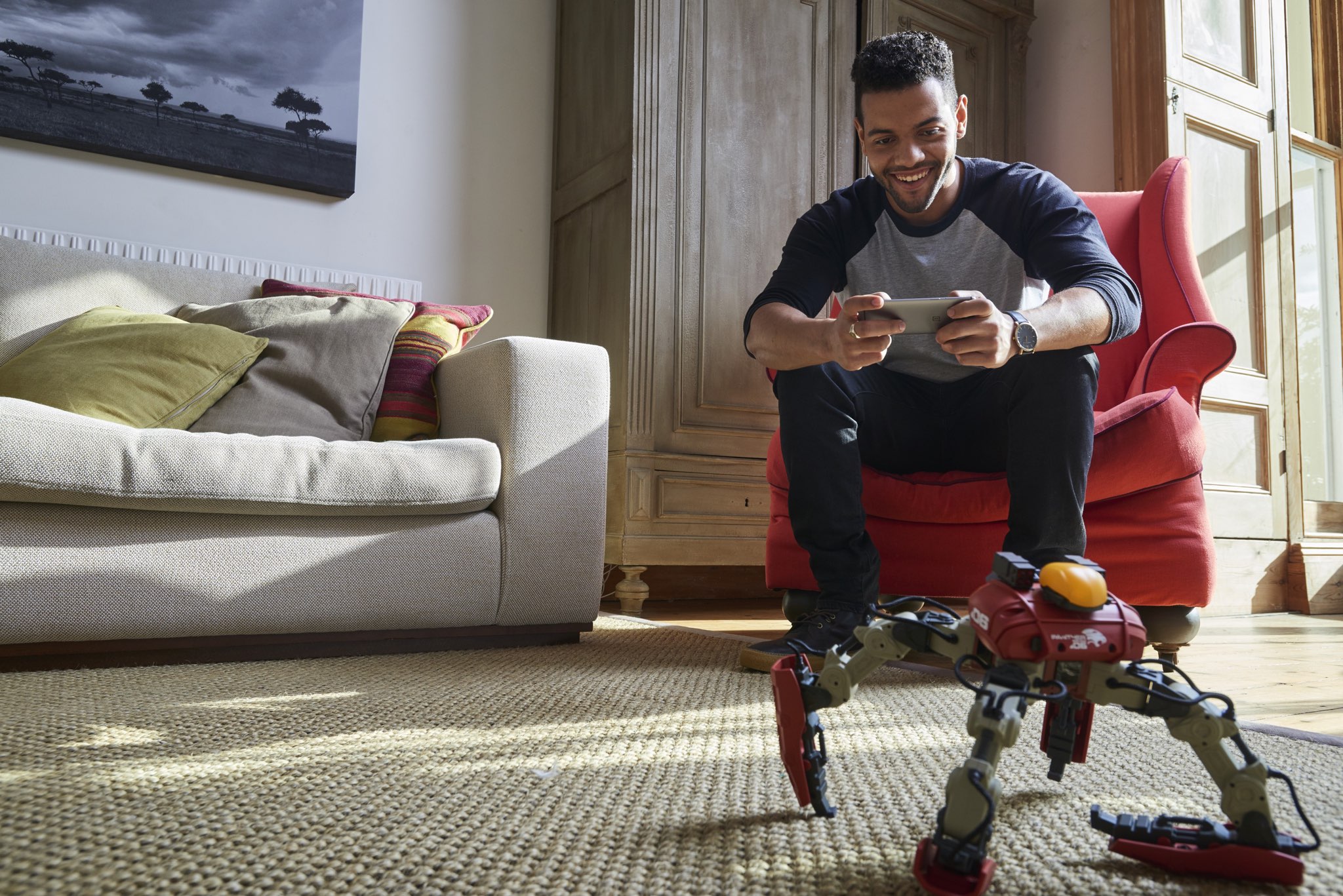 Bristol-based startup Reach Robotics has caught Apple’s eye with its iPhone-connected mechanical spider that is capable of carrying out augmented reality warfare.

Bristol announced today it’s won a crucial deal with Apple which will see the iPhone maker promote the MekaMon toy in its brick-and-mortar and online stores in the run-up to Christmas. Apple’s even chosen to promote MekaMon with a coveted slot on its Christmas gift guide.

We were introduced to Apple by one of our investors, but the moment the leadership team saw the product, we just clicked with them; it seemed to really align with what they’re interested in and focused on right now. We want to make products that entertain, inspire and educate people and that seems to be a good fit with Apple.

This is a major breakthrough for Reach because Apple’s selection of pre-Christmas promotions is limited to a handful of cherry-picked products that its executives are excited about.

The toy connects to the companion iPhone app via Bluetooth and can sense other robots in the vicinity. It uses four built-in infrared sensors to measure distance, location and wage attacks on its opponent. The robot has detachable legs, shields and weapons, with additional parts for customization coming in the future, and can flip onto its back in order to stabilize.

Blending the virtual and real worlds with augmented reality battles and head to head combat, the four-legged mechanical spider is being billed as a gaming platform for the future. They’re now developing additional games for it which combine augmented reality and robotics.

“One thing I thought was wrong with the whole industry was that there’s no back story—so anyone getting one of these robots has the whole story behind it. They have got the behaviour and personality—next year we are upgrading so no two robots will have the same personality,” Adekunle said.

One of the launch titles is set in 2076 following an alien invasion on Earth where humans are using their MekaMon robots to fight back and recapture their territory. The game has three modes: story mode, arcade mode or battle with friends mode.

“Gone are the days of overlaying an image on a real world—augmented reality should look at the world you’re in and then adapt to it,” Adekunle told Forbes.

The $300 MekaMon toy is now available in Black or White at mekamon.com and Apple Stores.

Well, The Google Phone is finally a reality

Apple’s new MagSafe battery pack is cool, but is it really worth $99? [video]