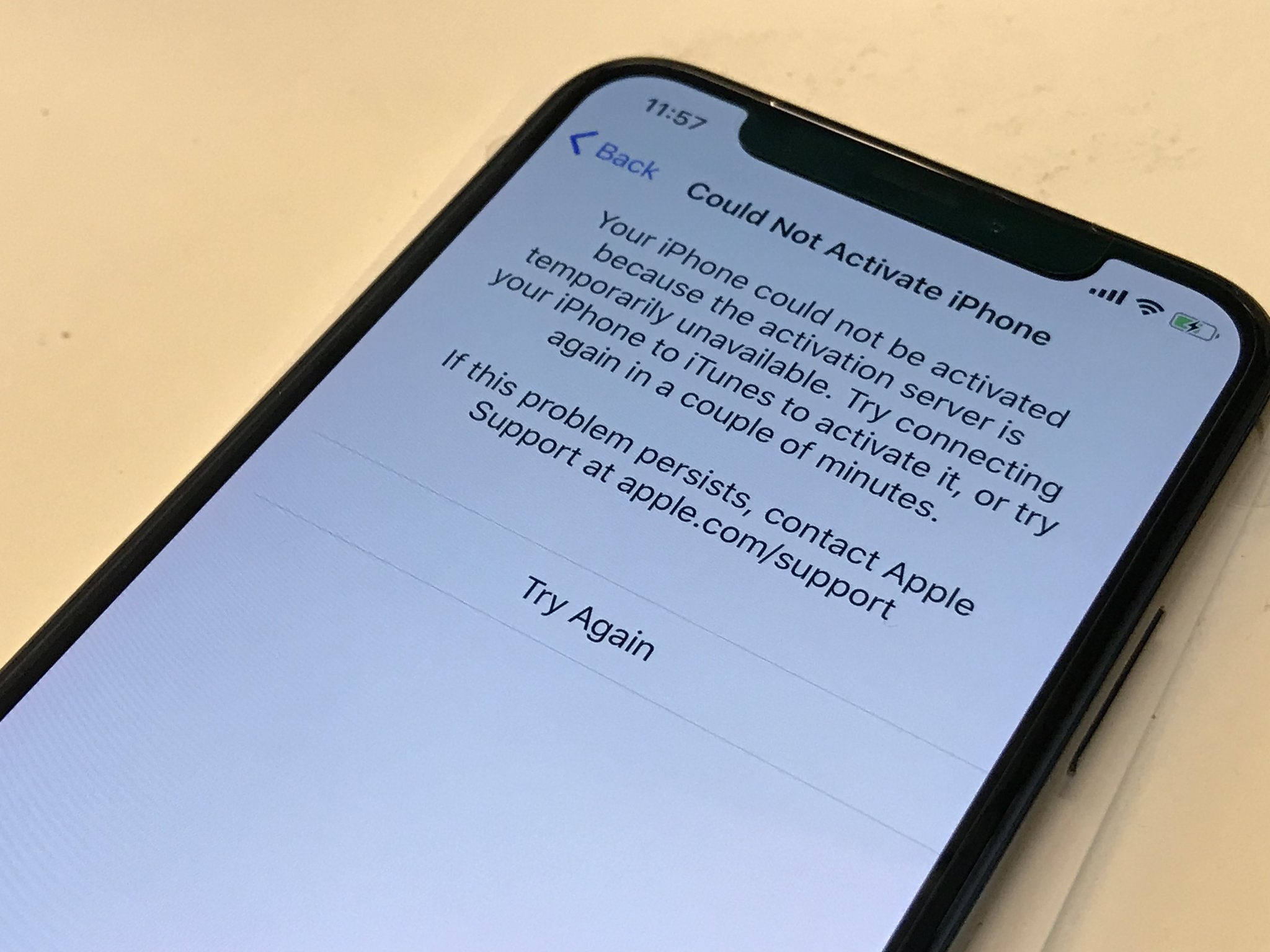 An unknown portion of new iPhone X owners have been unable to activate their device.

According to numerous reports on Twitter, Reddit and MacRumors forums, some people like Bloomberg’s Mark Gurman are experiencing iPhone X activation issues that yield a warning message saying “Could Not Activate iPhone”.

Other people are seeing long wait times for the activation process before it fails with an error message. The problem isn’t limited to iPhone X: one Reddit poster with an iPhone SE on AT&T couldn’t get his phone to activate either.

Scratch that. I, like many others, are unable to activate. Show will be Monday instead. Stay tuned! https://t.co/TMqW36caoY pic.twitter.com/GkYRPoKUhH

“Your iPhone could not be activated because the activation server is temporarily unavailable,” reads the prompt. Users can “try again in a couple of minutes” or, alternatively, connect their new iPhone X to desktop iTunes with a USB cable, then activate the device through the app.

However, developer Eric Jennings has had no luck activating his phone in iTunes. You could also try your luck by restarting the phone (hold the Side button, then swipe to shut down).

Some AT&T customers were given the automated activation phone number that responded with a message saying the phone had already been activated. The majority of complaints are from AT&T and Verizon customers, indicating a possible issue with a carrier backend.

Lastly, try swapping SIMs with your prior phone.

At any rate, it appears that iTunes activation servers are being hammered by the sheer number of new iPhone X owners trying to activate their device on launch day. If so, these activation issues should go away later today when the servers become less crowded.

If this problem persists, you’re advised to contact Apple Support at apple.com/support.