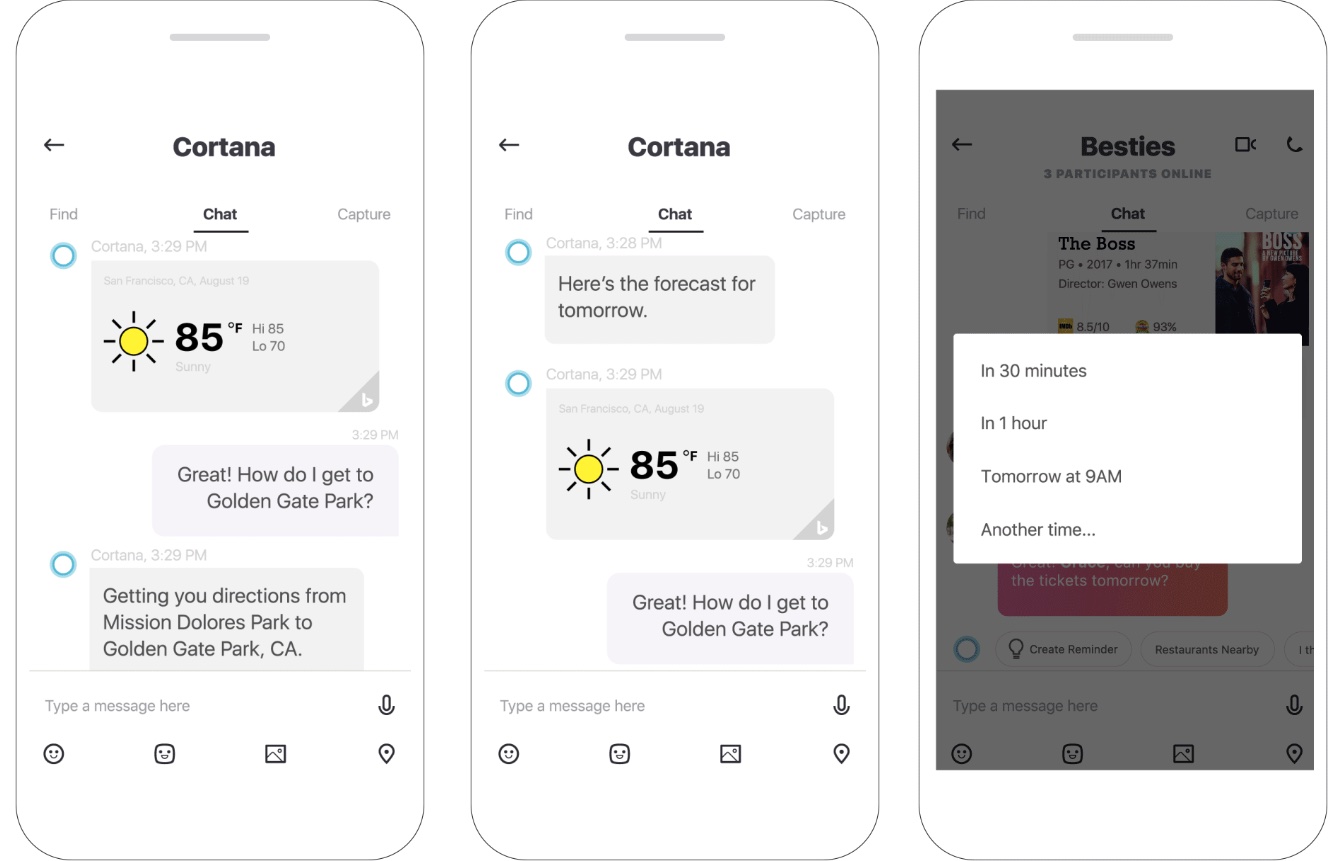 Microsoft has begun rolling out Cortana inside of its Skype apps, the company said yesterday.

First announced more than a year and a half ago, Cortana integration is now available within the free Skype for iPhone and Skype for iPad apps, as well as on Android.

Much like Google Assistant inside of the search giant’s smart messaging app Allo, Cortana provides helpful suggestions that appear beneath your most recent Skype messages.

Based on the contents of your chats, for instance, Cortana may suggest to create a reminder on your behalf or look up restaurants. Cortana is also your private chat bot, allowing you to interact with her directly and ask for directions, movie reviews, flights or the weather.

Cortana in Skype is a staggered release: the feature started gradually rolling out yesterday to customers in the United States so check back later if you don’t see the update in App Store.

Skype for iPhone and Skype for iPad are available at no charge in App Store.