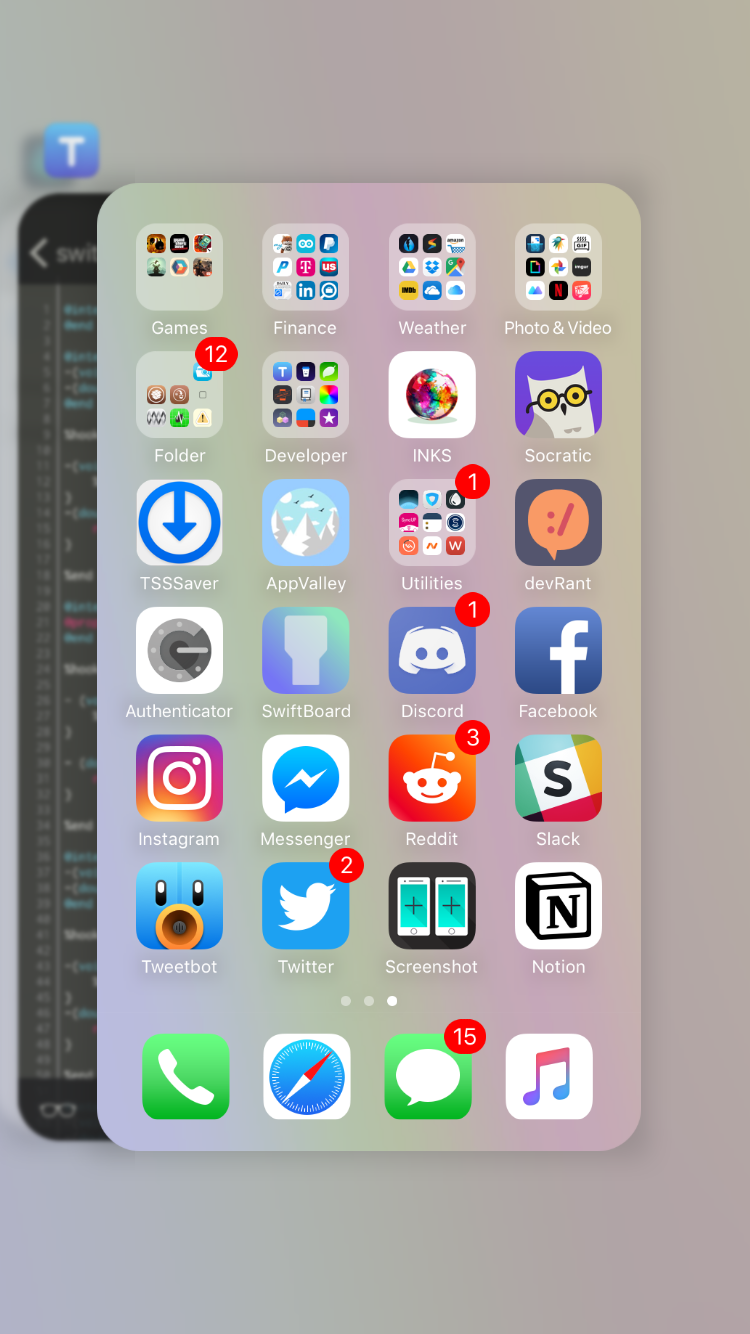 After Craig Feherighi demoed the iPhone X for the first time at last month’s keynote, it became evident that several changes to the iOS user interface would need to accommodate for the new edge-to-edge OLED display, its rounded corners, and the notch.

One of the differences was in the App Switcher where each of the cards exhibits heavily-rounded corners that match the aesthetic of the device’s display. Other iPhone models don’t have as pronounced of roundness, but a new free jailbreak tweak called switcherRadii by iOS developer CreatureSurvive can replicate this effect on your non-X handset.

It’s pretty much just a minor cosmetic difference, but if you have any plans to buy the iPhone X when it goes on sale, then you might want to start getting used to the new look and feel ahead of time.

SwitcherRadii doesn’t have any options to configure in its current form, but the developer plans to implement a preference pane in a future update, presumably so you can toggle it on or off on demand. For now, what you see is what you get.

This isn’t the first jailbreak tweak to bring roundness to the corners of your App Switcher cards, but it’s one of the most simple ones to do so. A similar release almost one whole year ago dubbed RoundedSwitchr could accomplish the same task and had more options to experiment with.

Having the extra configuration is a moot point. Personally, I don’t mind having additional control over the tweak, but the developer of switcherRadii notes on Reddit that he made the tweak without options because he felt they were unnecessary to the cause.

If you want to give switcherRadii a try for yourself, you can download it from Cydia; however, you’ll need to add a third-party repository first by following these steps:

Once you’ve completed all four steps, you should be able to find and install switcherRadii by searching Cydia or checking the Changes tab once the app is done “Reloading Data.” The tweak appears to work on all jailbroken devices running iOS 9.3.3-10.2.