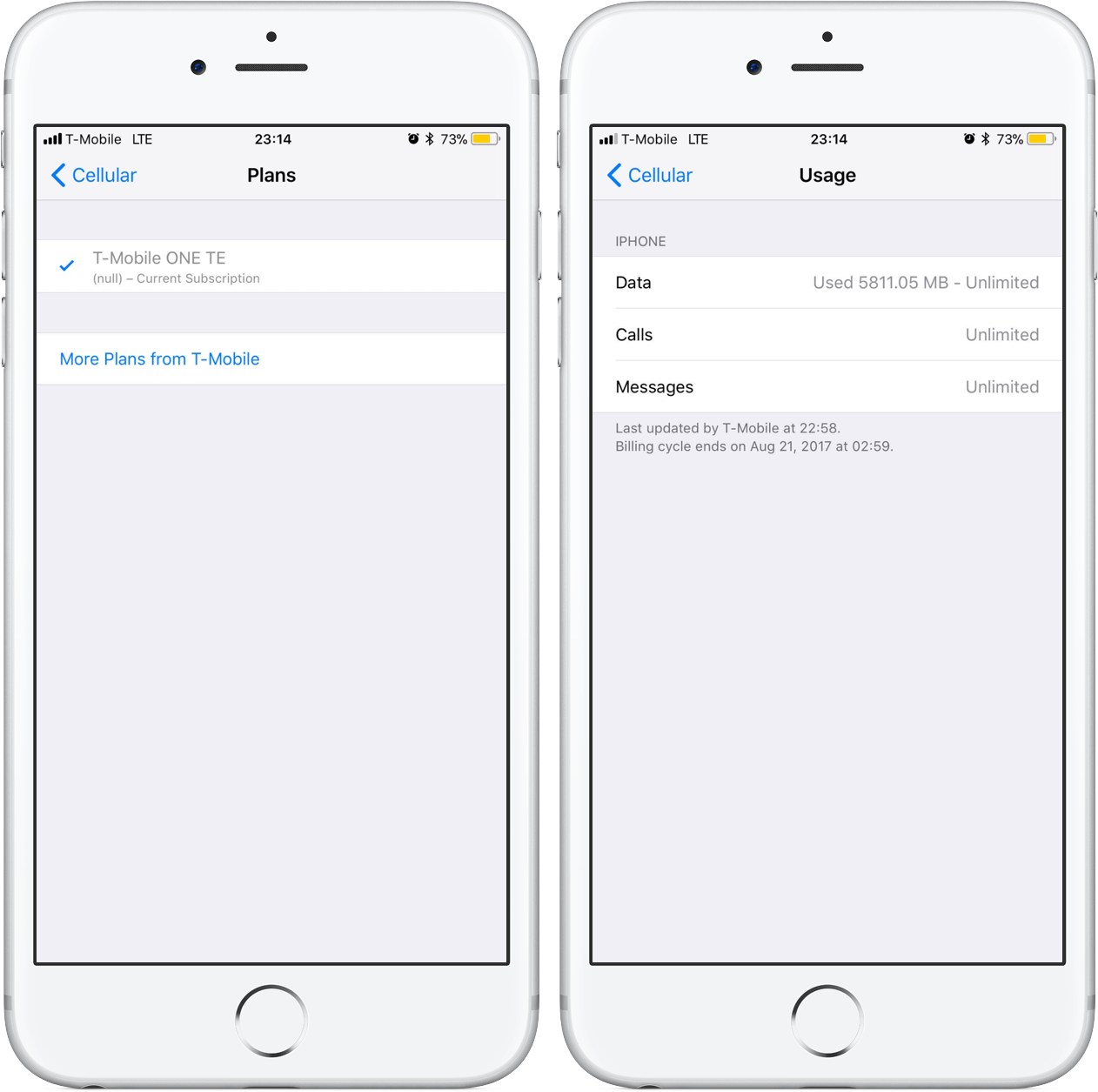 When iOS 11 launches this fall, customers may be able to monitor, adjust and even switch between various plans from certain wireless carriers at any time, directly in the Settings app.

Zach Waldowski‏ stumbled upon a new interface within iOS 11’s Settings app which indicates that users will be permitted to change or monitor their carrier’s cellular data plan.

iPhone 8 may come outfitted with an embedded SIM and this feature appears to mimic the easy carrier switching process provided by the Apple SIM on cellular iPads.

For now, T-Mobile appears to be the only US carrier to support this feature.

A carrier apparently needs to opt in to send its plan details to Apple for the inclusion in the Settings app. The feature is currently unsupported across many networks, like UK’s Three.

I’m not seeing it in Croatia either (for the record, I’m on T-Mobile).

It’s unclear if iPhone 8 will ship with an Apple SIM or an embedded SIM (which doesn’t require a SIM card at all), but if it does this useful new feature could be tied to that.