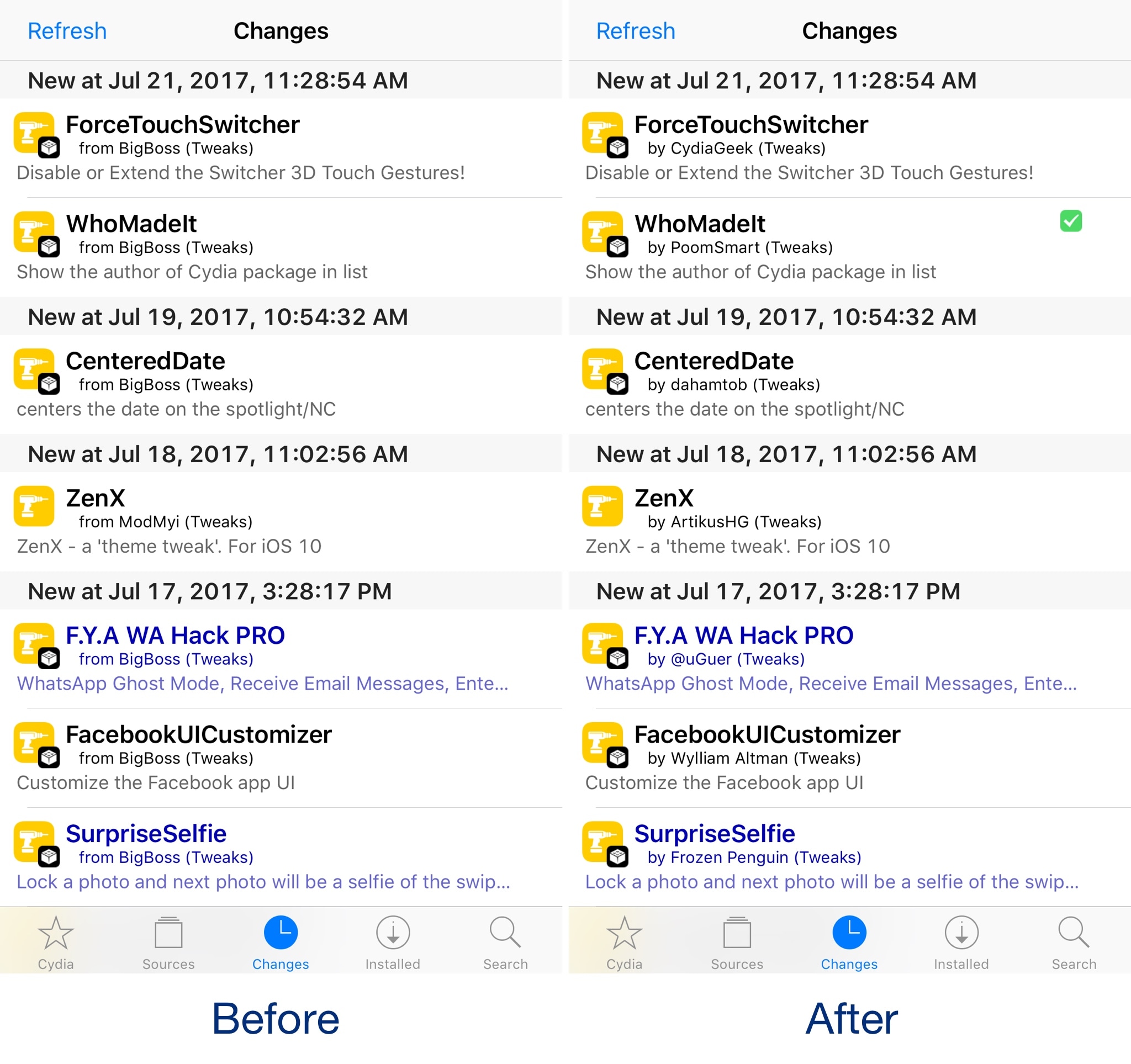 When you’re browsing Cydia’s latest releases and looking for new extensions install, you typically need to tap on each individual one just to see the author behind them.

With a new free jailbreak tweak called WhoMadeIt by iOS developer PoomSmart, that’s no longer the case. This tweak displays the author’s name next to the package’s name in Cydia’s Changes tab, as shown.

WhoMadeIt can be a useful utility for Cydia if you avoid packages made by a particular developer you’ve had issues with previously. Moreover, if you see a developer’s name that you’re familiar with, you might be more inclined to try a new package.

The modification WhoMadeIt imposes on the Cydia interface is so subtle that you’ll hardly notice it’s there. It blends in with the stock interface so well that it looks like a stock feature. Nevertheless, don’t let its simplicity fool you; it’s a great tweak.

Unfortunately, WhoMadeIt doesn’t reveal tweak authors when searching for packages manually, so the functionality is strictly limited to the Changes tab: 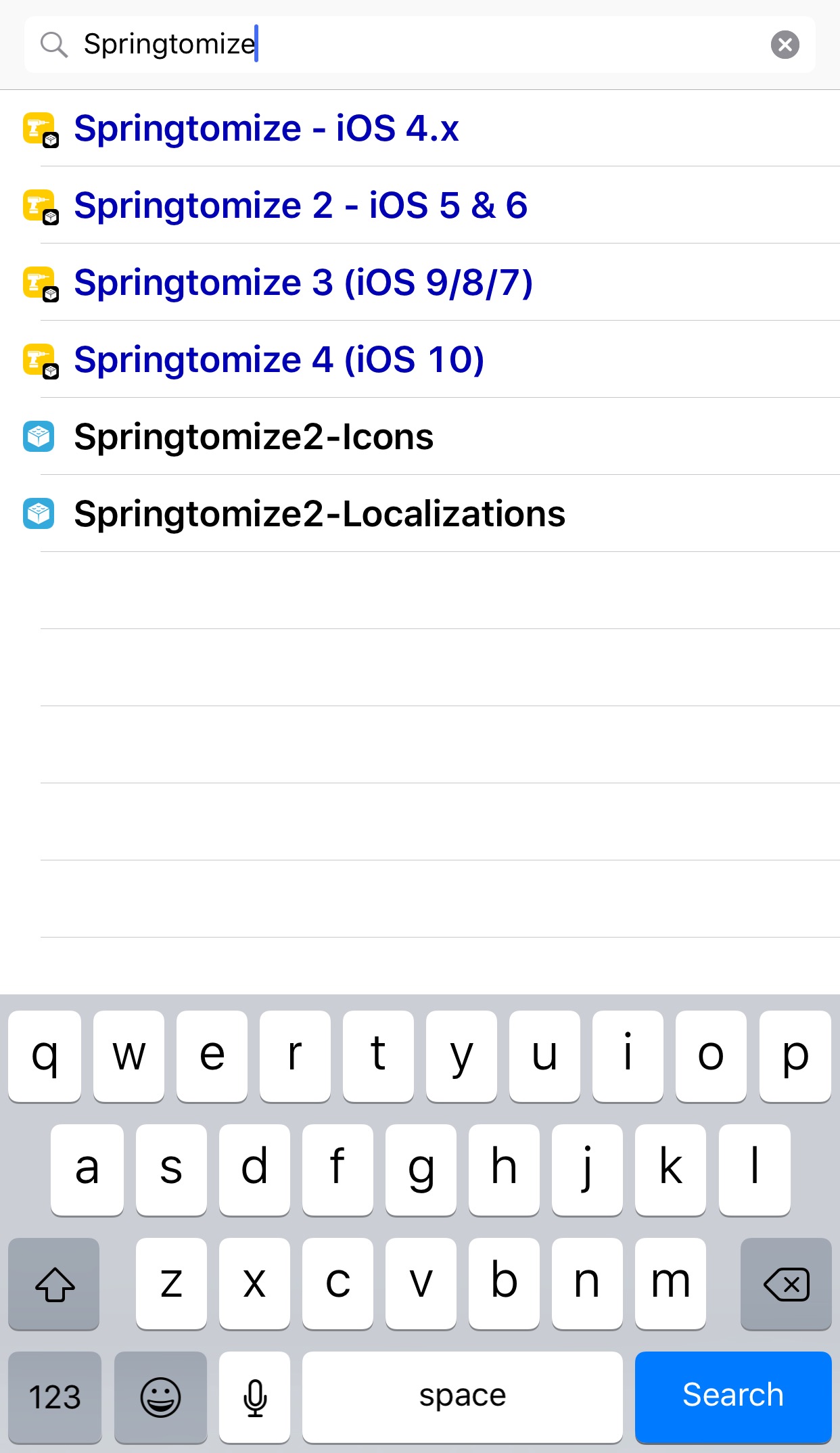 Because I deal with new jailbreak tweaks on a daily basis, this tweak quickly became a valuable addition to my jailbroken device. After trying it for the short time that I did, it now feels like a must-have that I can’t live without, of course, your mileage may vary.

I can see this tweak appealing more to the avid jailbreaker than someone who just casually installs tweaks here and there, so the extent to which you use your jailbreak is definitely a matter of consideration.

WhoMadeIt doesn’t have any options to configure, so changes should take effect immediately after installation. You might want to force-quit the Cydia app from the App Switcher after installation though, just to ensure it works correctly.

If you want to try WhoMadeIt, you can download it for free from Cydia’s BigBoss repository. Surprisingly, the tweak is functional on all iOS versions from iOS 3 to iOS 10.

Do you like the idea of being able to glance at who made each new package from the Changes tab? Share why or why not in the comments section below.