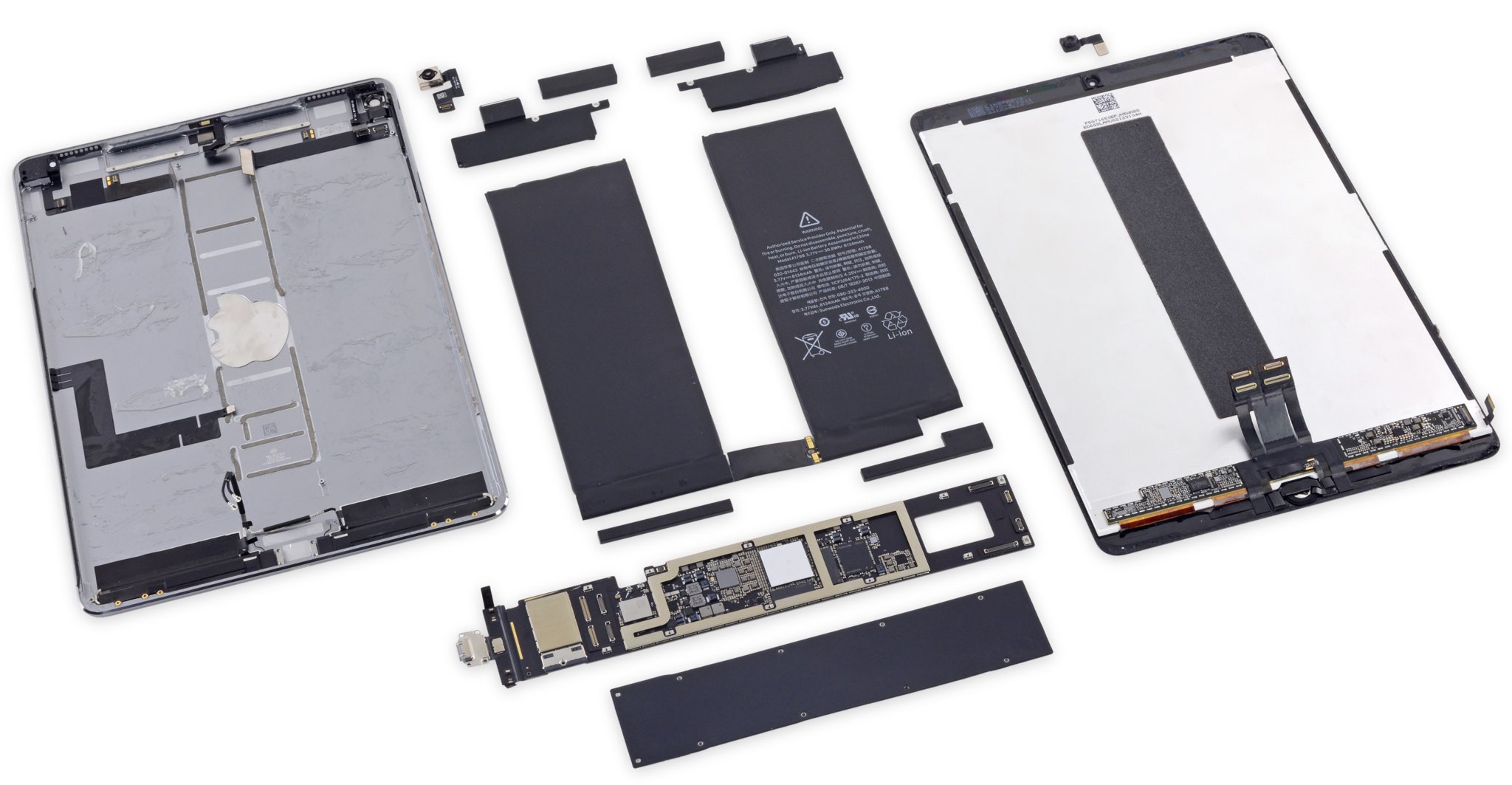 A teardown analysis of Apple’s new 10.5-inch iPad Pro was shared earlier today by repair experts at iFixit. According to the analysis, the new iPad Pro is essentially a scaled-down, streamlined version of its 12.9-inch predecessor when it comes to the internal layout.

“One move we’re particularly happy with is the retention of the 12.9-inch iPad Pro’s danger-free display cable placement,” notes the analysis.

Here’s an excerpt from the teardown analysis:

Apple put the display cables right down the center, out of harm’s way. We’ve seen this arrangement in an iPad only once before, in the 12.9-inch iPad Pro model, and it appears Apple finally managed to unify the Pro line around this somewhat more symmetrical design.

As for the device’s ProMotion display with 120Hz refresh rate, double the other iPads, it requires double the number of connecting cables on the display.

120 Hz is a blisteringly fast refresh rate for this many pixels, which is probably why it needs four (!) connecting cables. (Its ginormous older brother got by with just two.)

The iFixit team was able to identify 4GB of 1600MHz LPDDR4 RAM from Micron Technology, Toshiba-manufactured flash storage and more. The only other iOS device with 4GB of RAM is the 12.9-inch iPad Pro. The 9.7-inch iPad Pro still has 2GB of RAM.

The display cable bracket is secured using Phillips screws rather than the three-point screws used in iPhone 7. iFixit also noted that their Wi-Fi-only model had plastic blocks where the antennae might be found in an LTE model. 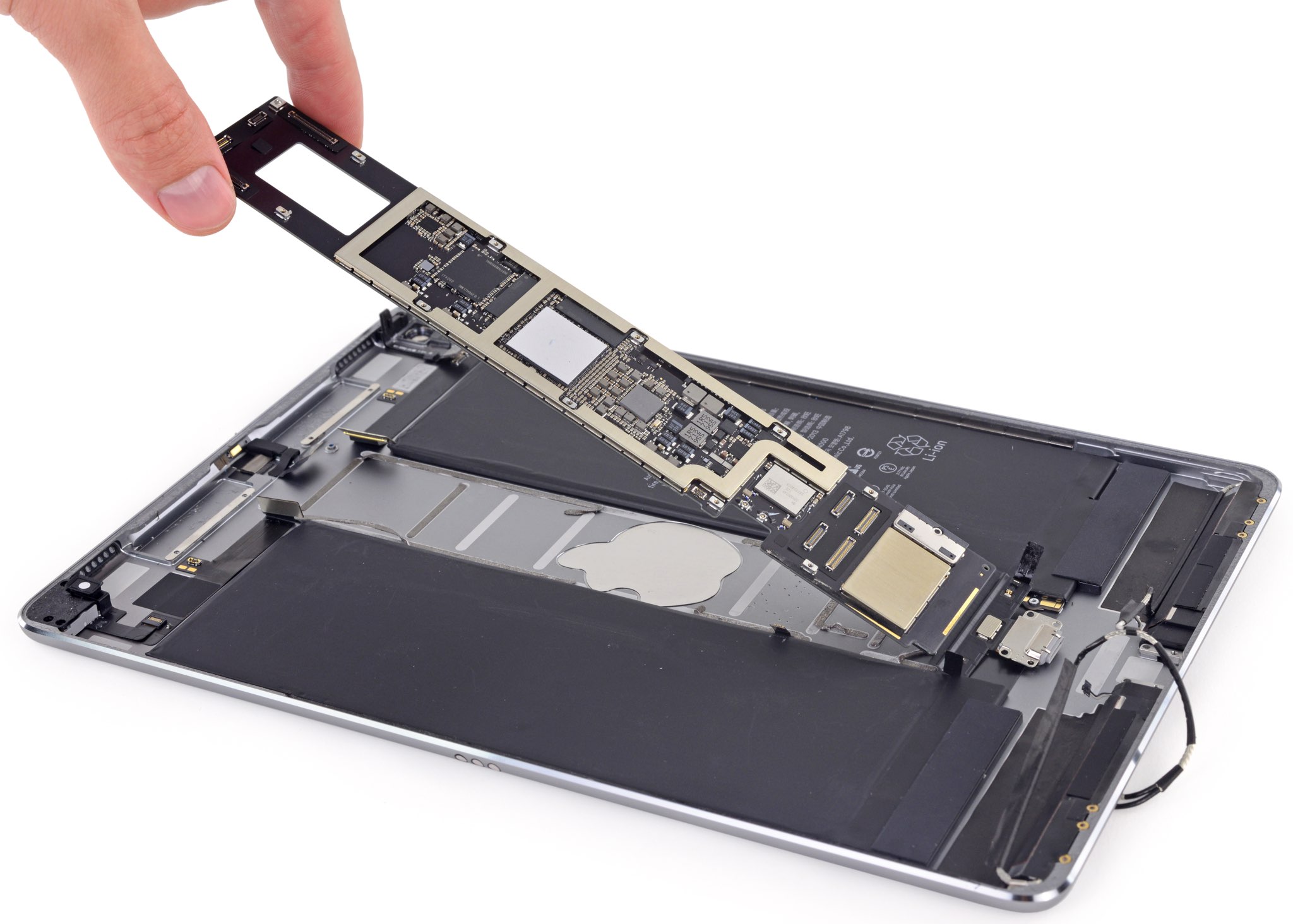 “We’re speculating that they add support to the display assembly, as opposed to the usual empty space seen in earlier iPads,” noted iFixit.

Because of Apple’s use of strong adhesives for the display, logic board, speakers, ribbon cables and other components, the 10.5-inch iPad Pro earned a repairability score of a rather low 2 out of 10 on iFixit’s scale.