The United States Patent and Trademark Office yesterday awarded a new patent to Apple, seemingly covering a future Apple Pencil that would work with an iPhone. Apple’s $99 stylus is currently exclusive to iPad Pro models because the accessory requires a special system underneath the display, which iPhones currently don’t have.

The U.S. Patent No. 9,658,704, titled “Devices and methods for manipulating user interfaces with a stylus”, describes a future Apple Pencil as supporting a myriad of electronic devices outfitted with a touchscreen and one or more sensors to detect signals from a stylus. 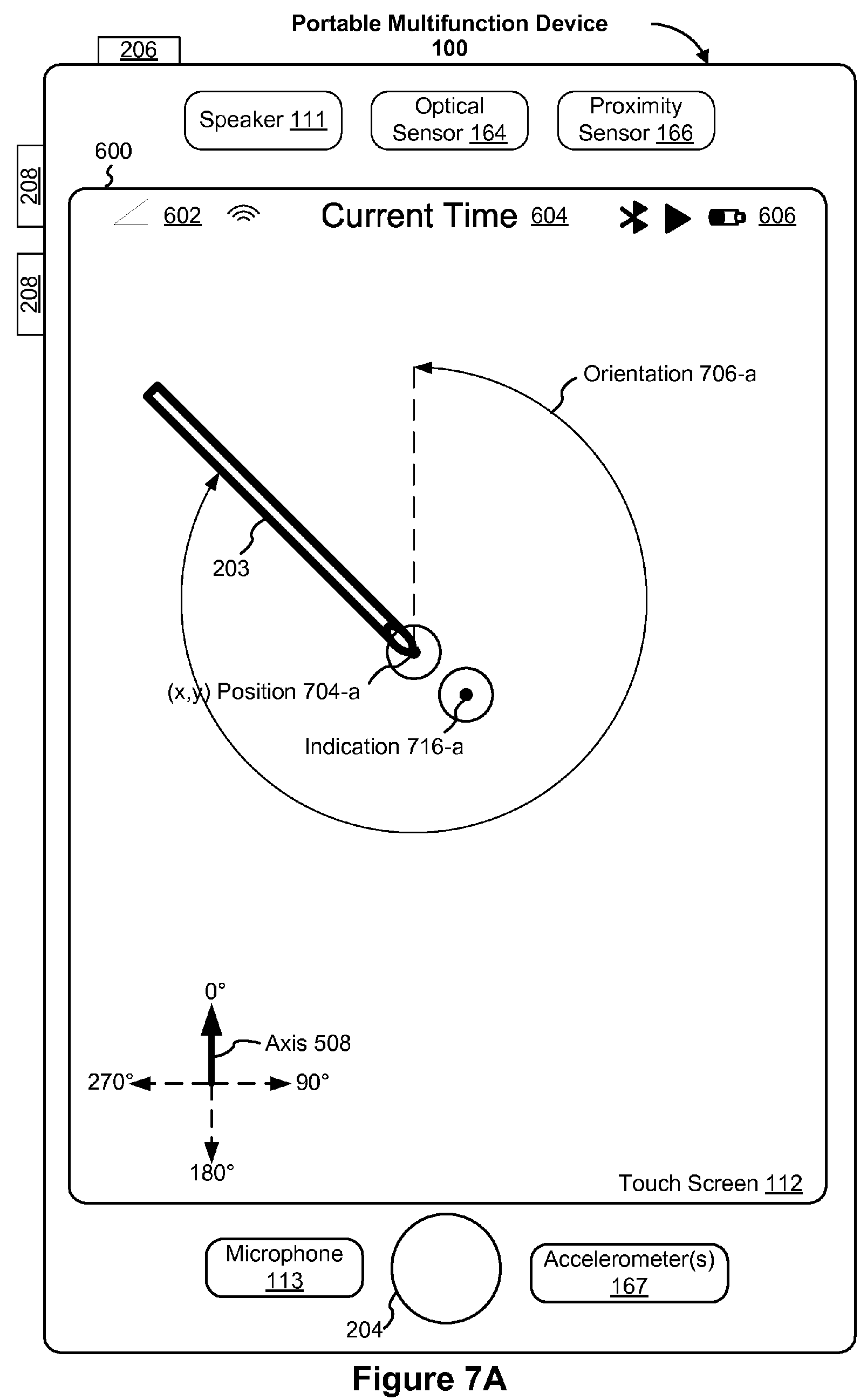 In some embodiments, the patent describes using a stylus with portable communications devices like iPhone, iPod touch and iPad by taking advantage of the projected mutual capacitance sensing technology that Apple’s existing OS devices currently use.

The wording of the patent indicates strongly that a future Apple Pencil may work with other types of apps like word processing, spreadsheet making, game playing, web browsing, image editing, email and more.

Both “iPhone” and “phone” are referenced many times throughout the patent application. One of the included patent drawings clearly illustrates a stylus being used with an iPhone-like device.

Tim Cook may have hinted in an interview last September that Apple Pencil could soon work with iPhones, thereby suggesting that the next iPhone might incorporate additional sensor support for a next-generation digital stylus from Apple.