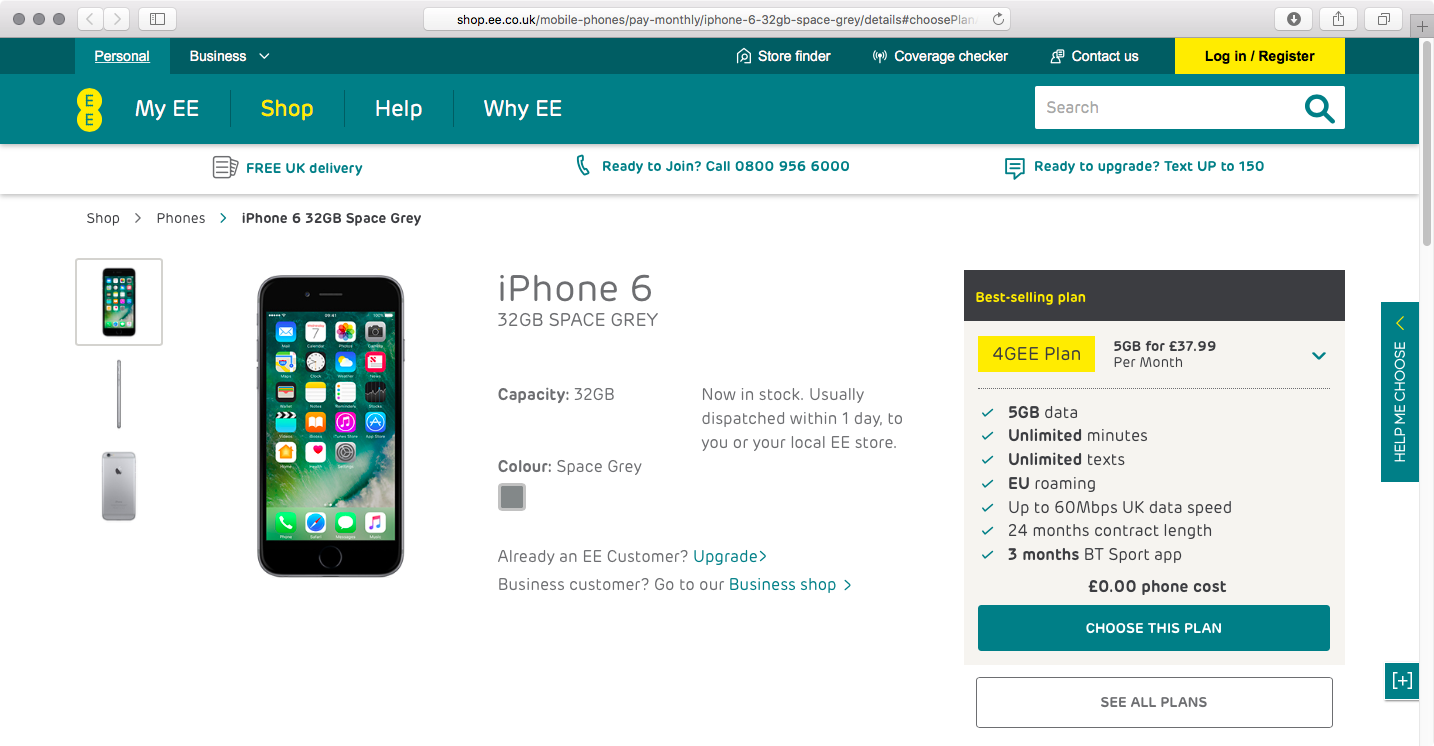 A 32-gigabyte version of iPhone 6 has quietly launched in the United Kingdom on the EE network with a 24-month contract, available only in Space Grey. Apple stopped selling 16/64/128GB iPhone 6 smartphones in September 2016.

In recent months, however, the Cupertino giant quietly re-launched the phone in China, Taiwan and a few European countries in a never-before-available 32-gigabyte capacity.

Given that iPhone 6 originally debuted in 16, 64 and 128-gigabyte versions, this new 32-gigabyte storage tier is likely Apple’s solution targeting budget shoppers. Aside from the previously unavailable storage capacity, the 32GB iPhone 6 comes with iOS 10 versus iOS 8 that was pre-installed on the original iPhone 6 models.

Amazon is currently offering the device via its online store in India.

Released back in 2014, iPhone 6 was Apple’s first larger-screened smartphone and as such proved a massive upgrade opportunity for the Cupertino firm. The device has a 4.7-inch LCD screen, runs Apple’s in-house designed A8 chip and includes an eight-megapixel iSight camera out the back and a rather unimpressive 1.2-megapixel FaceTime selfie camera out the front.