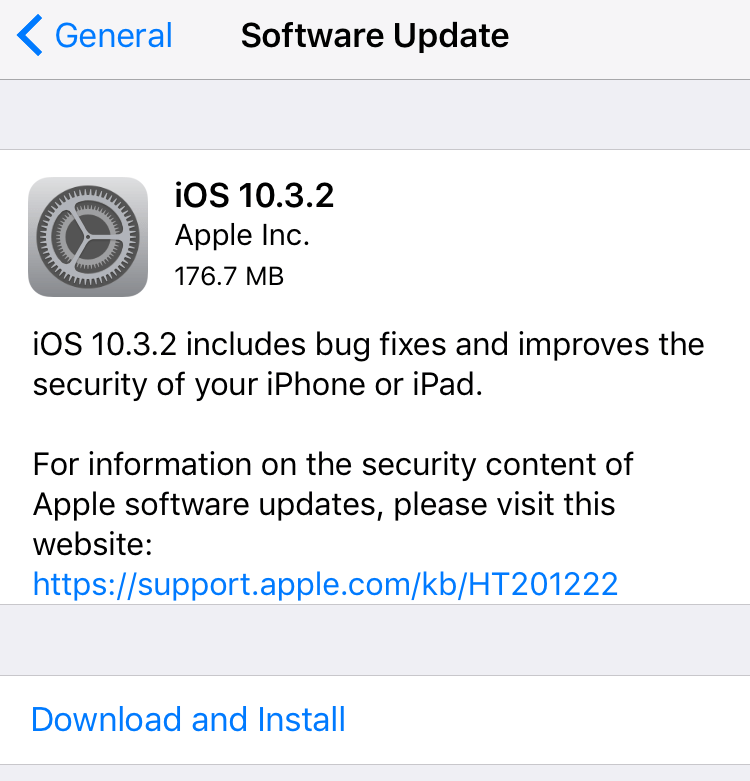 Apple on Monday released iOS 10.3.2, watchOS 3.2.2, tvOS 10.2.1, and macOS Sierra 10.12.5 to the public. The updates feature various security patches, bug fixes and performance improvements, and come after more than a month of beta testing.

As you can see in the screenshot above, iOS 10.3.2 includes bug fixes and improves the security for iPhone and iPad. We know from beta release notes that it also features a small fix for SiriKit, meaning in-car commands should now work as intended.

There have been no major changes or features spotted in tvOS 10.2.1 or watchOS 3.2.2 either. However, Apple says that macOS Sierra 10.12.5 fixes an audio issue with USB headphones, enhances Mac App Store compatibility, and adds support for media-free installation of Windows 10 Creators Update using Boot Camp.

These will probably be the last public updates released before we get a preview of the next major versions of each platform at WWDC next month. The software can be installed either via the OTA mechanism, or directly from our Downloads page.