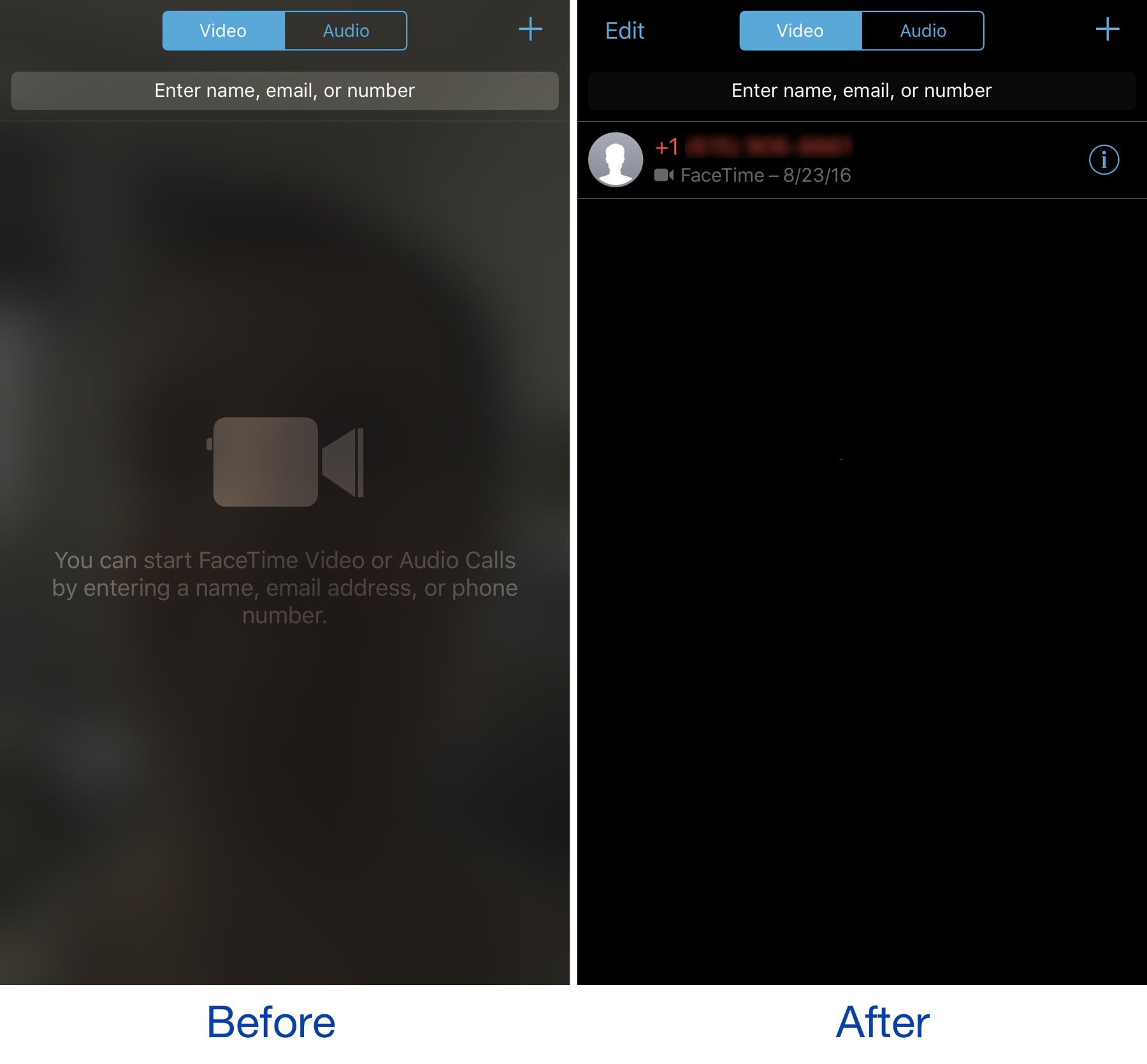 The FaceTime app on your iPhone exhibits a blurred silhouette of yourself via your device’s front-facing camera any time you’re in the app. It’s an interesting aesthetic effect, but it’s a waste of battery and a deterrent for camera-shy people.

A new free jailbreak tweak called NoBlurFrontCamera by CydiaGeek officially lets you disable this effect, replacing it with a simple dark background.

Because it disables camera activity in the FaceTime app, except for when you’re in a video call, it’ll be great for anyone who hates being on camera during simple actions like checking FaceTime call history.

Turning off the blurred camera effect also helps keep your device’s battery from draining too quickly while you sift through your call history. While you probably don’t spend a lot of time staring at the FaceTime app for no good reason, every bit of battery savings can be useful when you’re taking several precautionary steps to conserve power.

NoBlurFrontCamera adds a preferences pane to the Settings app where you can toggle it on or off on demand: 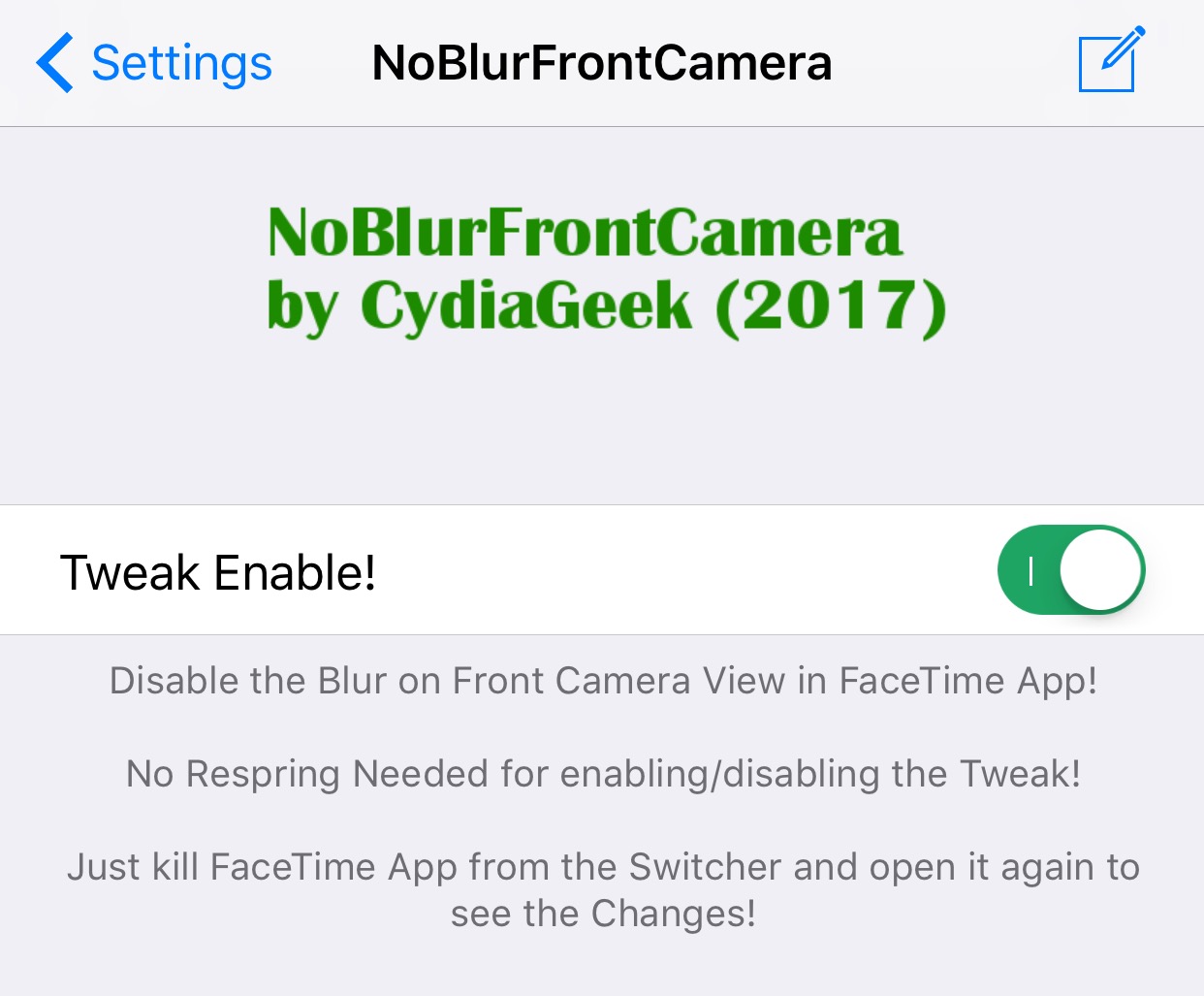 You don’t have to respring your device to save your changes, but you do have to force-quit and re-launch the FaceTime app from the App Switcher so your settings take effect.

Because NoBlurFrontCamera is mostly an aesthetic tweak, it won’t be for everyone. On the other hand, if your device struggles to stay powered through the day and you think the battery savings could be worth it, then the tweak assumes a functional purpose as well that could be beneficial.

If you’re interested in giving it a try, you can download it for free today from Cydia’s BigBoss repository. The tweak works on jailbroken iOS 8, 9, and 10 devices.

Do you like the FaceTime app better with or without the blurred from camera effect? Share in the comments section below.