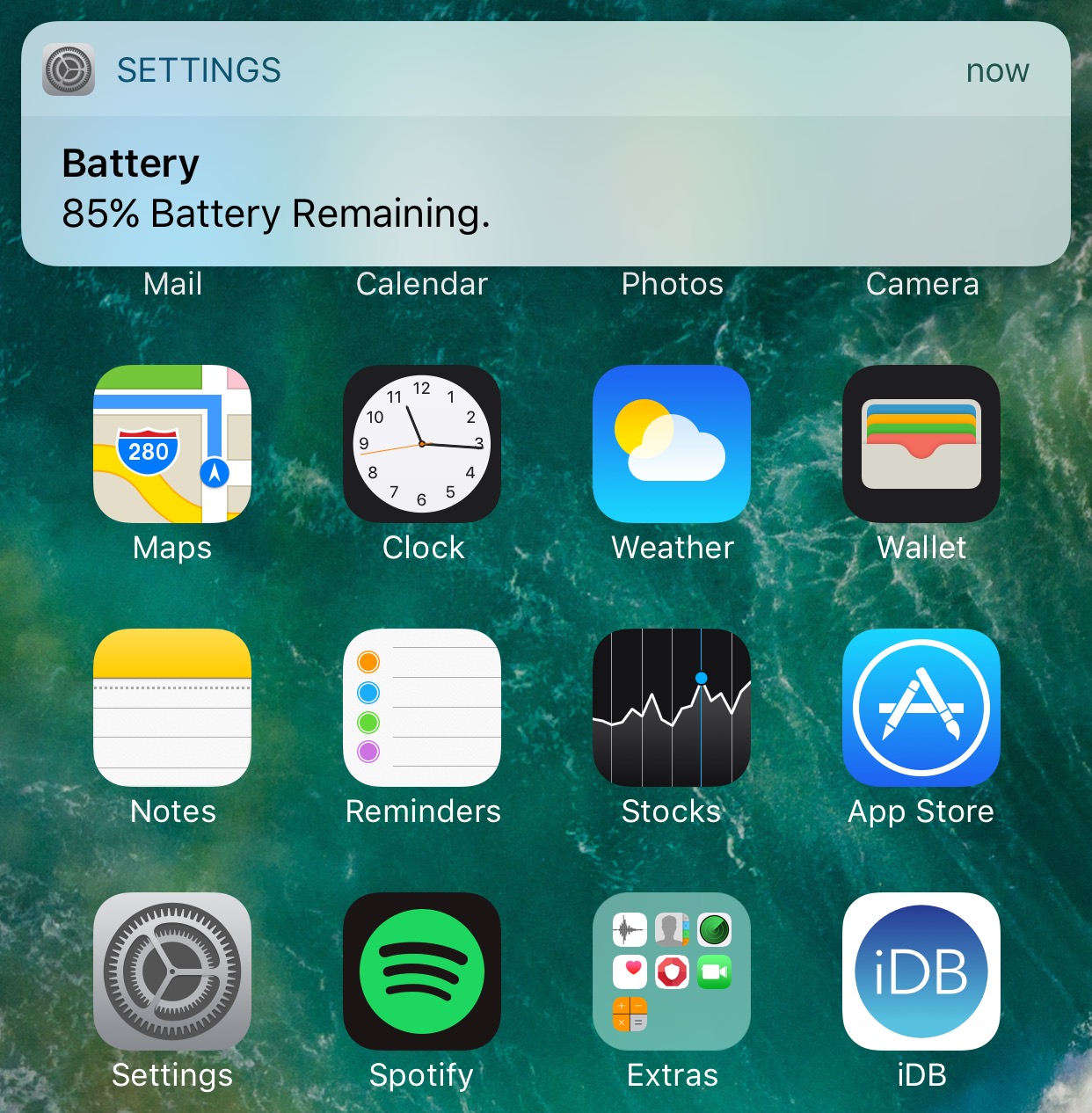 While the Status Bar already has a battery icon and iOS can be configured to display the numeric battery level percentage right beside it, this tweak lets you disable the feature while still letting you get to battery information when you need it.

So why is this useful? The Status Bar easily becomes overbearingly cluttered with icons and words, such as those from long carrier names, the rotation lock icon, the VPN indicator, the alarm icon, and more.

To remedy the problem, some find that disabling the numeric battery percentage helps to conserve space. The only problem with this is you’re then forced to rely on an icon to tell you how much battery is remaining, but because the icon doesn’t show any numbers, it isn’t as informative.

BatteryBanners is invoked via Activator, so it’s super easy to get to from anywhere in iOS. That said, you can be in an app, on the Lock screen, or on the Home screen and easily see your actual numeric battery level percentage by invoking the gesture you chose.

To configure the tweak, open the Activator preferences pane or app and choose a gesture, then assign BatteryBannners to it: 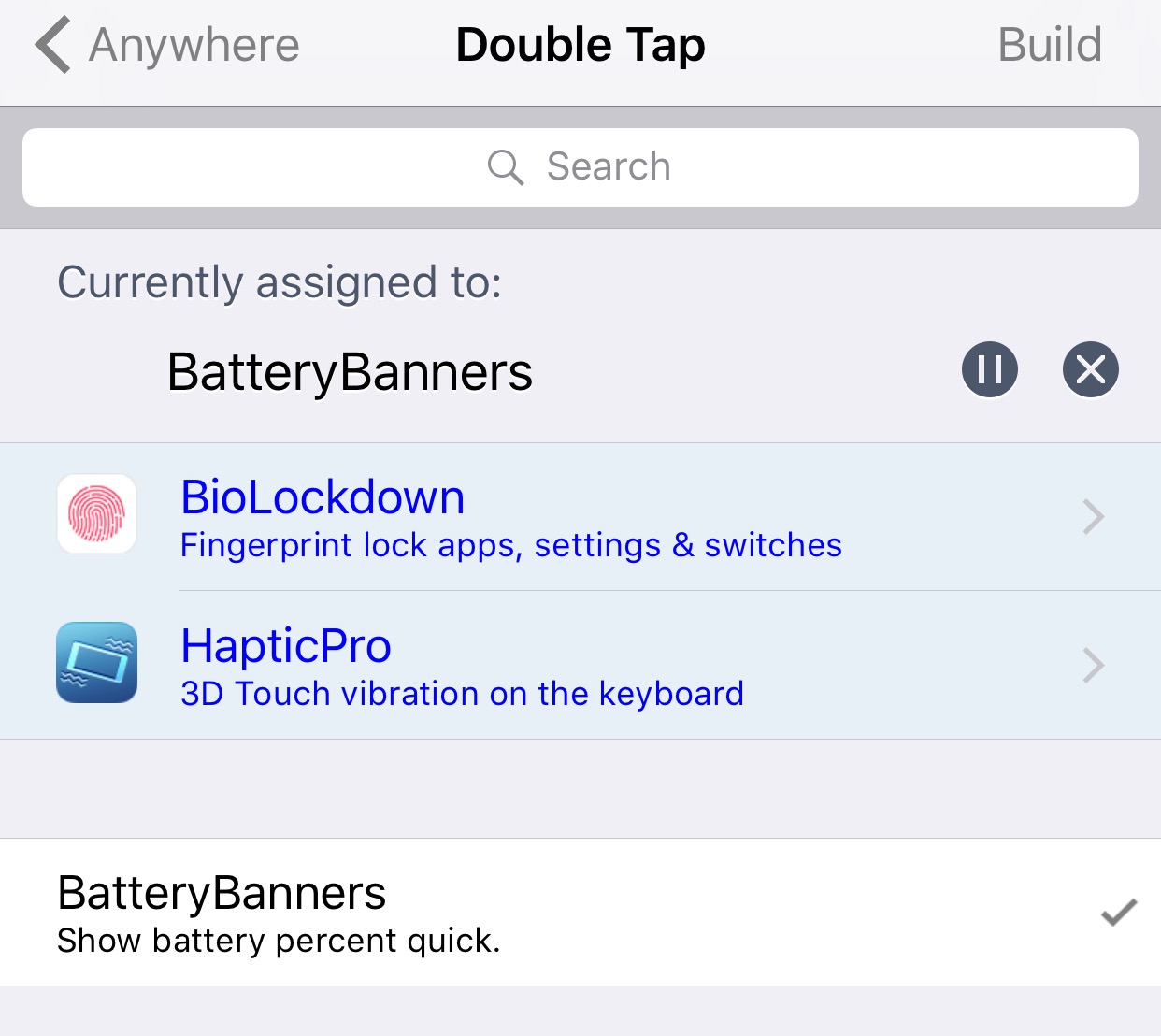 To point out the obvious, not everyone has a Status Bar cluttered beyond belief, so for many people, the tweak might just be a redundancy of information that can already be enabled by iOS out of the box. On the other hand, everyone has a different device setup with different needs, so for those who do suffer from the clutter problem, BatteryBanners offers a fair solution.

If you’re interested in trying BatteryBanners, it can be had for free from Cydia’s BigBoss repository. The tweak works on jailbroken iOS 10 devices and Activator must be installed to set it up.

Do you have a reason to use BatteryBanners? Share why or why not in the comments section below.