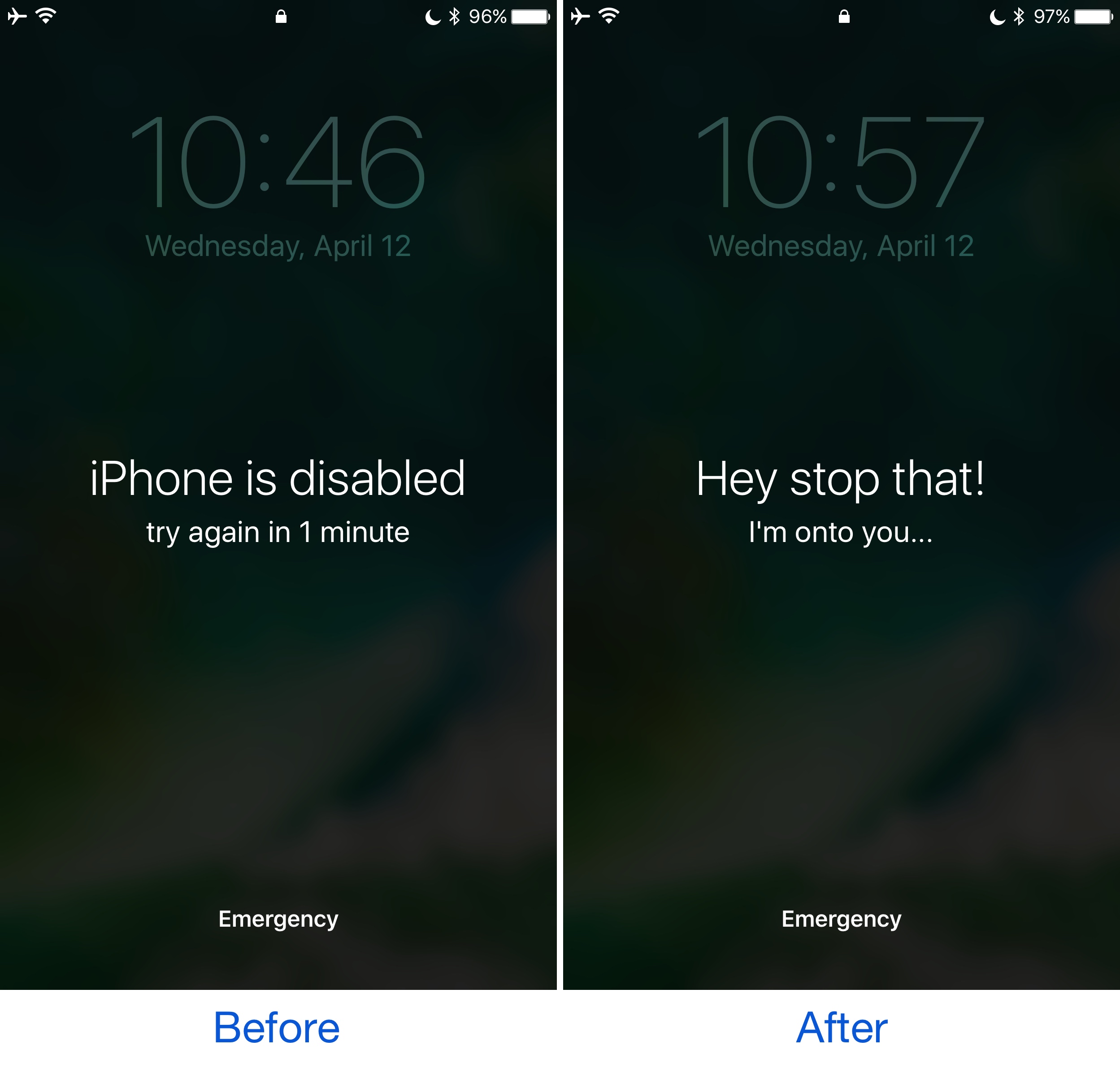 Whenever your iPhone passcode is entered incorrectly too many times, a message eventually pops up that says “iPhone is disabled.” This prevents the device from being used for a temporary period of time and is intended to deter people who try to gain unauthorized access to your device and personal information.

On the other hand, the stock message is pretty bland, and a new free jailbreak tweak called GoAway by iOS developer gilshahar7 paves the way to new ways of customization by letting you change the message and other information that gets displayed after too many wrong passcode attempts.

A preferences pane gets added to the Settings app after you install GoAway where you can configure custom text for up to three different text strings that appear on this screen:

Among the things you can modify are:

In our example, we only modified the top two options since the word “Emergency” simply makes so much sense for a device that’s locked and still serves as a possible point of contact with emergency authorities when problems arise.

Nonetheless, when you make your desired changes, you can tap on the Save button to apply them. You then need to respring your device. We recommend using a tweak like Falcon or PowerDown to access a respring shortcut more quickly, as a respring shortcut is not included in this preferences pane like it is in most other tweaks.

So why should you use GoAway? As the name implies, it’s intended to fend off those annoying people that like to grab your phone when you’re not looking and lock you out of your own device for a long period of time. These are typically kids who think it’s funny, but sometimes even immature adults pull these kinds of pranks for a good laugh.

The tweak was originally requested by a Reddit user named NotNer0 and it wasn’t long after before the developer came to the rescue and made the tweak. It’s also open source on the developer’s GitHub page in case you have any interest in seeing what makes the tweak work.

If you want to try GoAway, it’s available for free from Cydia’s BigBoss repository and works on all jailbroken iOS 10 devices.

Will you be installing GoAway? Share in the comments section below.