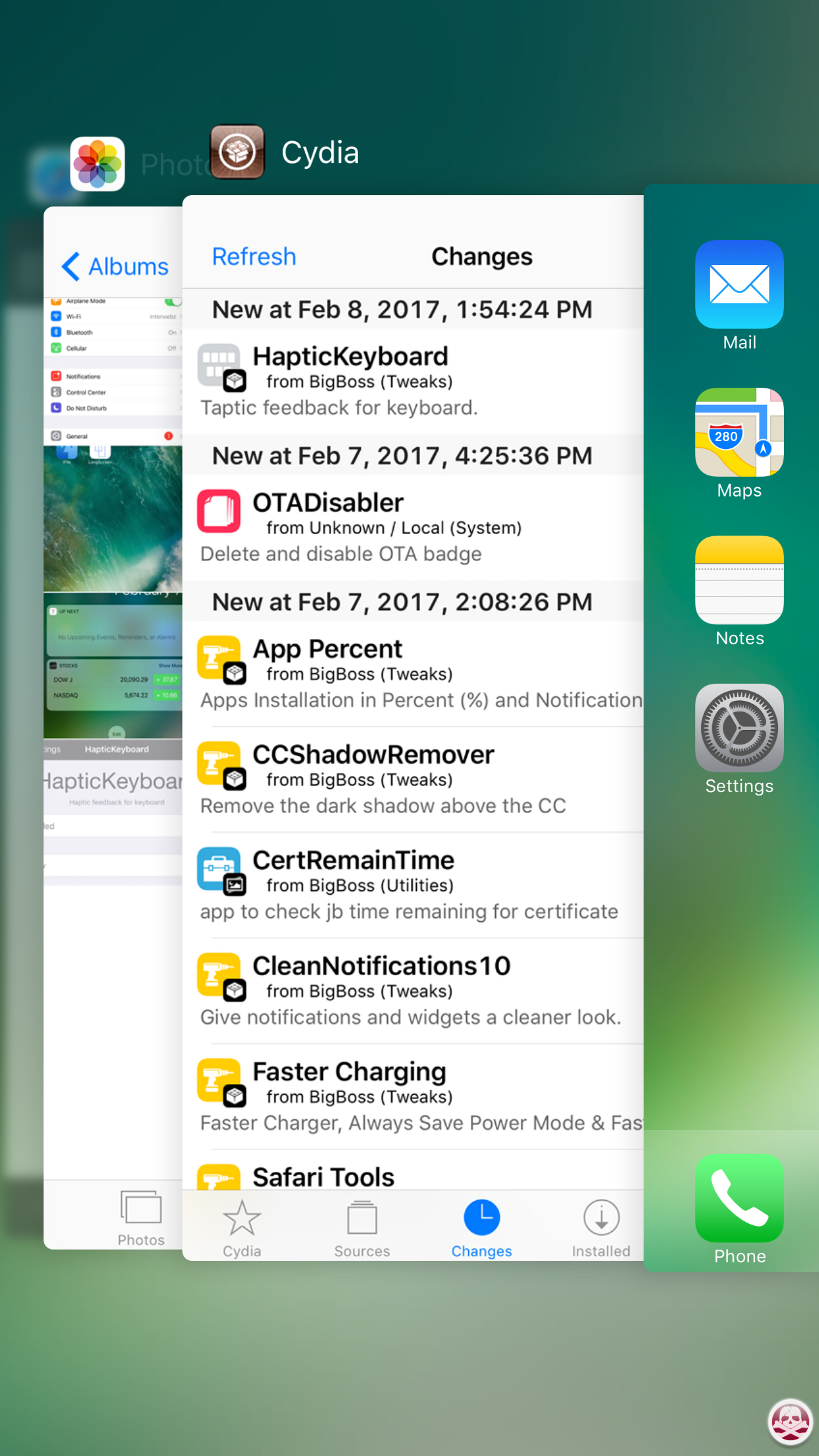 Many people leave their apps alone in the App Switcher until they start to have problems with them, and will use it to force quit those apps so they can be restarted again.

Even though iOS handles its very limited allocation of memory automatically, it’s not always as efficient at it as you’d like it to be. This can impact your device’s animations and performance, and it’s why iOS developer ichitaso released KillBackground10, a jailbreak tweak you can use to force quit all apps on iOS at once.

Also read: Why force quitting apps to save battery life is a terrible idea

KillBackground10’s name is a little bit of a misnomer, because apps that are put in the App Switcher typically aren’t ‘backgrounded’ unless you have specific apps set up to run in the background in Settings. Regardless, every app that you see in your App Switcher is using some of your RAM, which means even though it might not be hogging very much performance, it’s still using something.

A lot of times, you’ll feel the strain on the system float away right after you close all the apps in your app switcher; this is particularly the case on devices with 1GB of RAM or less, which includes the iPhone 6 Plus and earlier, which tend to bog down more frequently when multitasking when compared to newer and much more capable devices like the iPhone 6s Plus and iPhone 7 Plus because of the lack of extra memory.

After you install KillBackground10, you’re going to see a new button in the bottom right of the App Switcher, as shown in the screenshot example above. Tapping on the button simply force-quits every app residing inside your App Switcher, and then closes it.

Of course, this is a paid tweak, not a free one, so you can bet there’s a lot more to it than that. If you go to the Settings app and open the KillBackground10 preferences pane, you’ll find the following trove of options you can configure:

At the bottom of the preferences pane is a button for applying your settings, which is necessary to tap after you make any changes. This will respring your device.

Being able to discriminate between which apps get forced to quit is particularly important, because it allows you to keep apps that are running in the background, such as playing music, turn-by-turn navigation, and other background functions to remain in place while you eliminate the memory clogging from other apps.

Because force quitting all of your apps at once is rarely needed, we don’t recommend abusing the tweak too much, since iOS automatically manages your software for the best battery life and performance. On the other hand, not all automatic things are perfect, so this is a good manual override for when you feel like you need it.

KillBackground10 can be had for $0.99 from Cydia’s BigBoss repository and is made to run on jailbroken iOS 10 devices only. If you’re using iOS 9, then you will want to install the iOS 9 version of the tweak (KillBackground9) instead.

Will you be downloading KillBackground10? Share why or why not below.