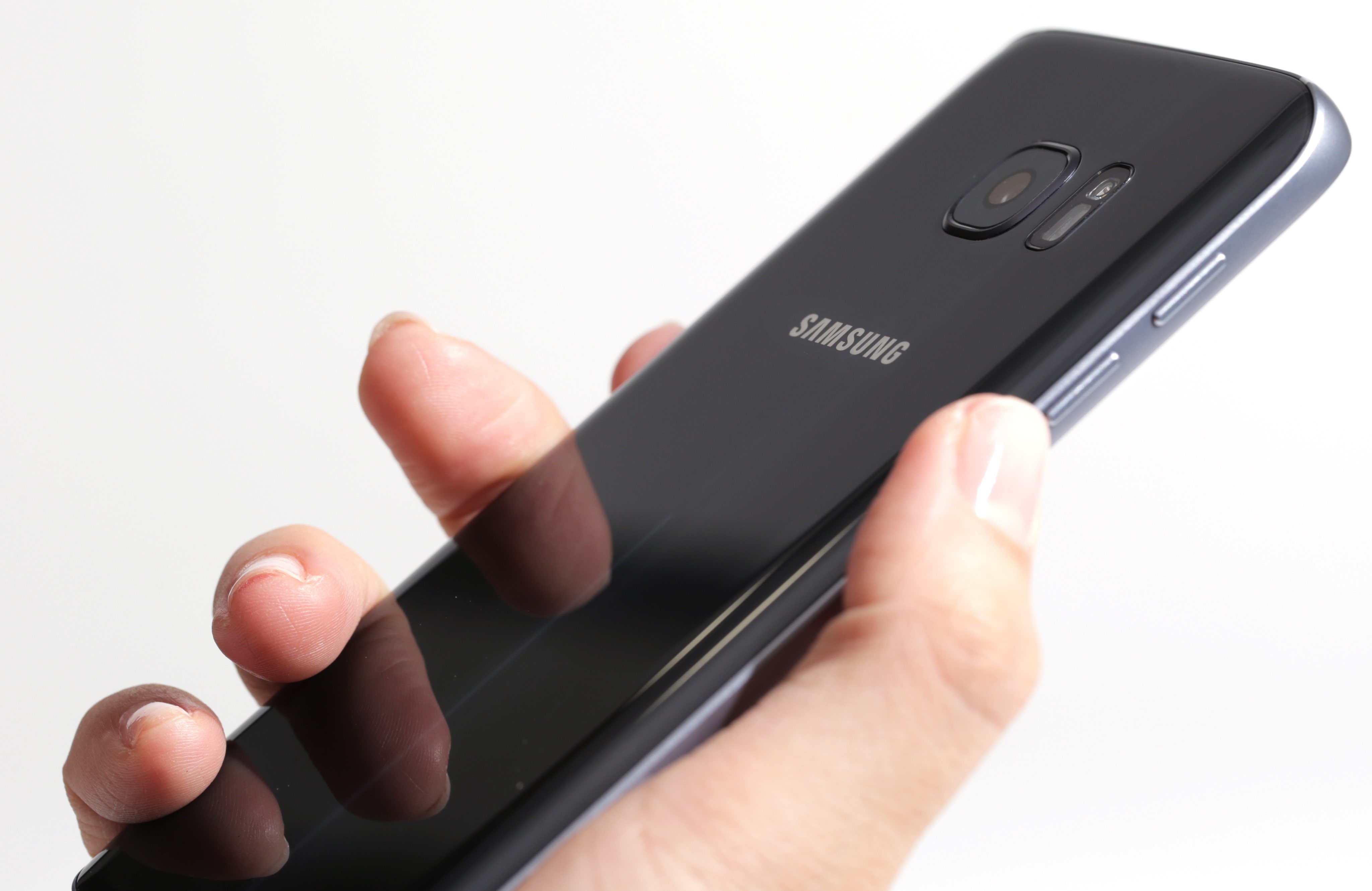 Samsung is said to copy Apple, again, by adding a new “glossy” color option to the Galaxy S7 lineup next month that sounds a lot like the iPhone 7’s Jet Black finish. According to The Korea Herald newspaper yesterday, Samsung is readying to release its own Jet Black Galaxy S7 in December to make up for lost sales stemming from Note 7’s discontinuation.

Although Samsung’s Onyx Black is a lot glossier than Apple’s matte black iPhone 7 color option, it’s not as shiny as the iPhone 7 in Jet Black even though the S7 has glass on both front and back.

According to the article, the Coral Blue Galaxy S7 has been selling almost 15,000 units every day since it’s November 11 introduction on Samsung’s home turf while the iPhone 7 “has seen its daily unit sales fall to about 10,000 units in recent weeks.”

Given the Note 7 fiasco, Samsung is hoping that replicating Apple’s high-gloss appearance of Jet Black iPhones will help revert the sales trend ahead of the all-important holiday shopping season.

On a related note, Samsung said today there has been no confirmed cases of faulty batteries with the Galaxy S7 following media reports that some of the devices caught fire while charging.

Samsung stands behind the quality and safety of the Galaxy S7 family. There have been no confirmed cases of internal battery failures with these devices among the more than 10 million devices being used by consumers in the United States.

However, we have confirmed a number of instances caused by severe external damage. Until Samsung is able to obtain and examine any device, it is impossible to determine the true cause of any incident.

The U.S. Consumer Product Safety Commission has received a total of five cases of battery fires or failures involving the Galaxy S7, S7 Edge or S7 Active so far this year.

Meanwhile, the state-run Korea Testing Laboratory (KTL) has launched a reinvestigation into the Note 7 misadventure and plans to announce the final result after closely looking into the exploded devices, including the replacement devices.

The reinvestigation came after local news report revealed that the laboratory had neglected the exploded devices instead of collecting them. KTL will now take a closer look at the affected devices which were conveniently left at Samsung.