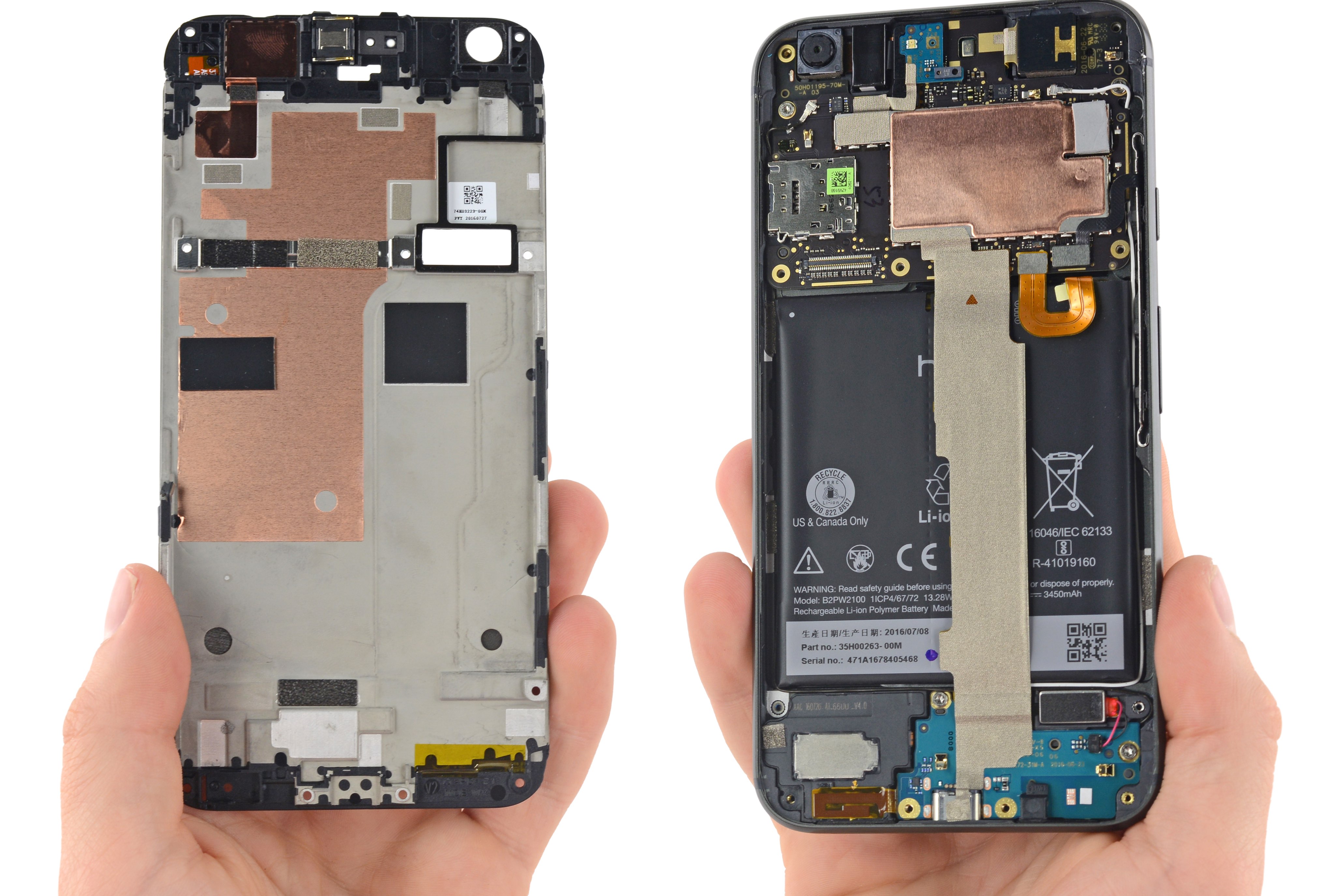 YouTubers like JerryRigEverything and repair wizards over at iFixit tore apart their Pixel XL smartphone from Google to peek under its hood, revealing easily removed battery, standard screws, the use of modular internal components that can be replaced independently and—quite surprisingly—the front-facing earpiece slit which is made of cloth.

Launched on October 4, both new Google-designed smartphones, the Pixel and Pixel XL, are exclusive to Verizon in the U.S. Contract-free Pixels are available via Google’s online store and from Best Buy.

Before we get to the teardown, YouTuber JerryRigEverything yesterday conducted a durability test of his Pixel XL, confirming that the speaker slit is made of cloth.

“This is the first thing that surprised me,” said the YouTuber. “The earpiece made is made of cloth unlike the plastic and metal speaker grilles on other phones.” 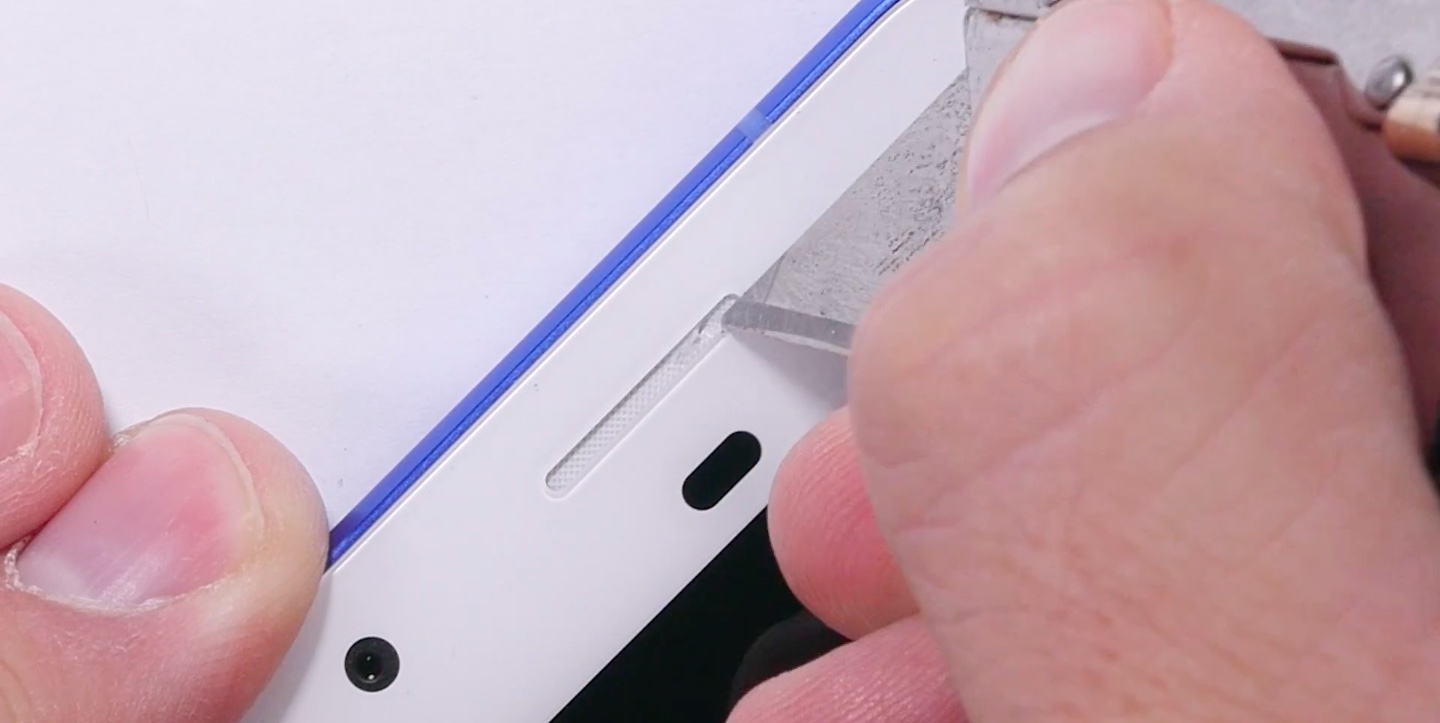 It will be interesting seeing how the use of cloth affects audio quality over time, but cleaning the earpiece won’t be a trivial affair due to possible puncturing.

Pixel XL has these key features:

Now on to iFixit’s teardown analysis.

The Pixel XL uses standard T5 Torx screens, unlike Apple’s special Pentalobe screws in the iPhone. The vivid Samsung-made AMOLED panel separates from the digitizer glass easily. The display assembly not so much due to thin components and no frame or bezel behind the display.

The touch controller is a Synaptics ClearPad S3708 module.

iFixit notes that Google has a different take on the “pull to remove” battery tab in the form of a perforated portion of the sleeve that, when peeled away (without heat), “becomes an impressive pull tab.”

iFixit praises Google’s use of modular components that can be easily replaced, like the 3.5mm headphone jack, the front-facing camera and an interconnect board with a status LED, an ambient light sensor and a microphone. 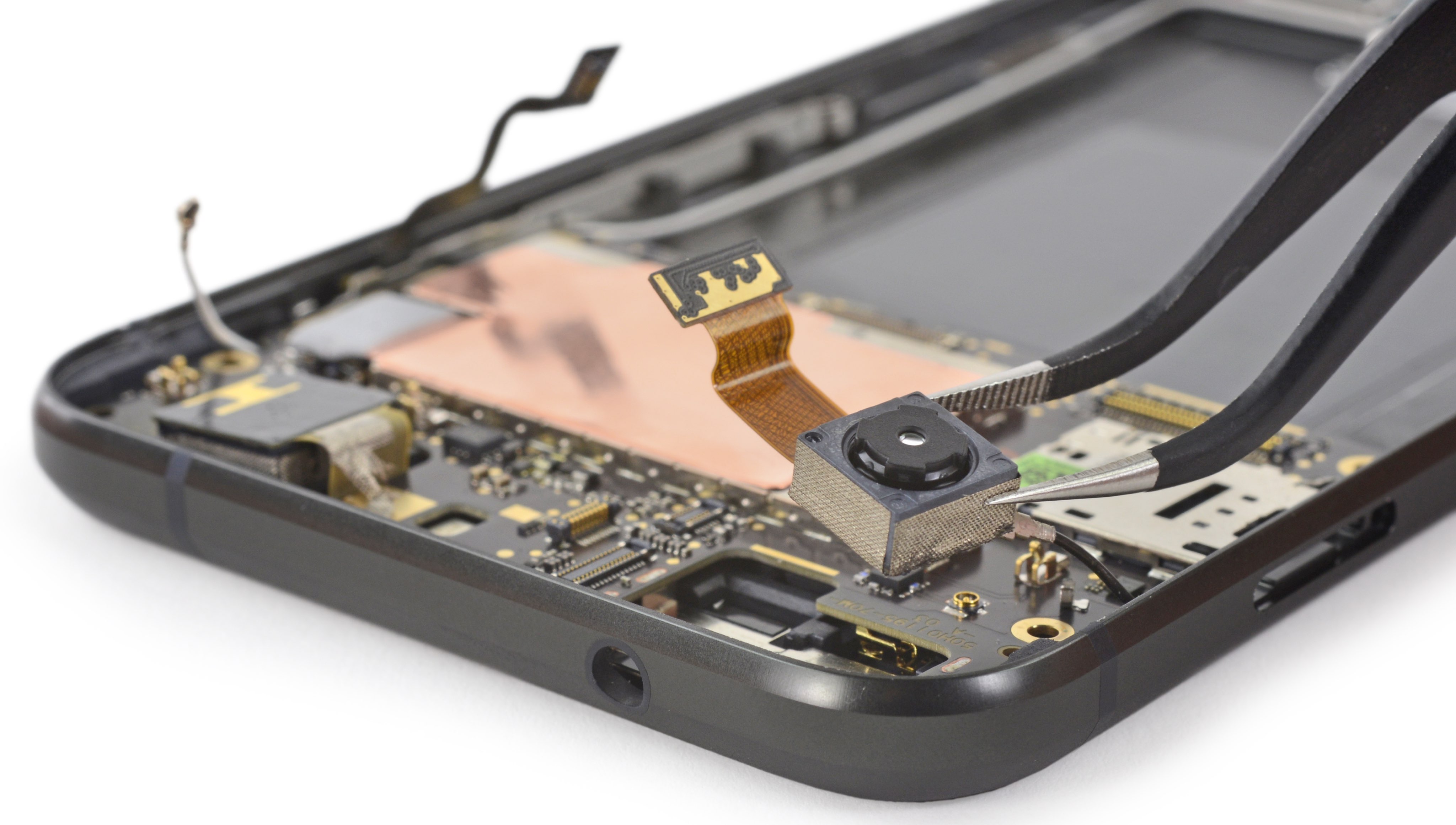 These smaller bits aren’t always so modular. In other phones, we often find them clustered together on the main board. More modularity means cheaper and easier repairs—if a single component fails, you don’t have to replace the entire motherboard or embark on a risky microsoldering adventure.

The USB Type-C port is a bare-bones part, meaning cheap USB port replacements. Component design and layout point to the Pixel being the first truly Google-made smartphones in a way that the Nexus family was not.

“With nearly everything out of the case, we’ve seen almost zero evidence of this phone’s HTC manufacturing origin” aside from the HTC mark on the battery, notes iFixit. 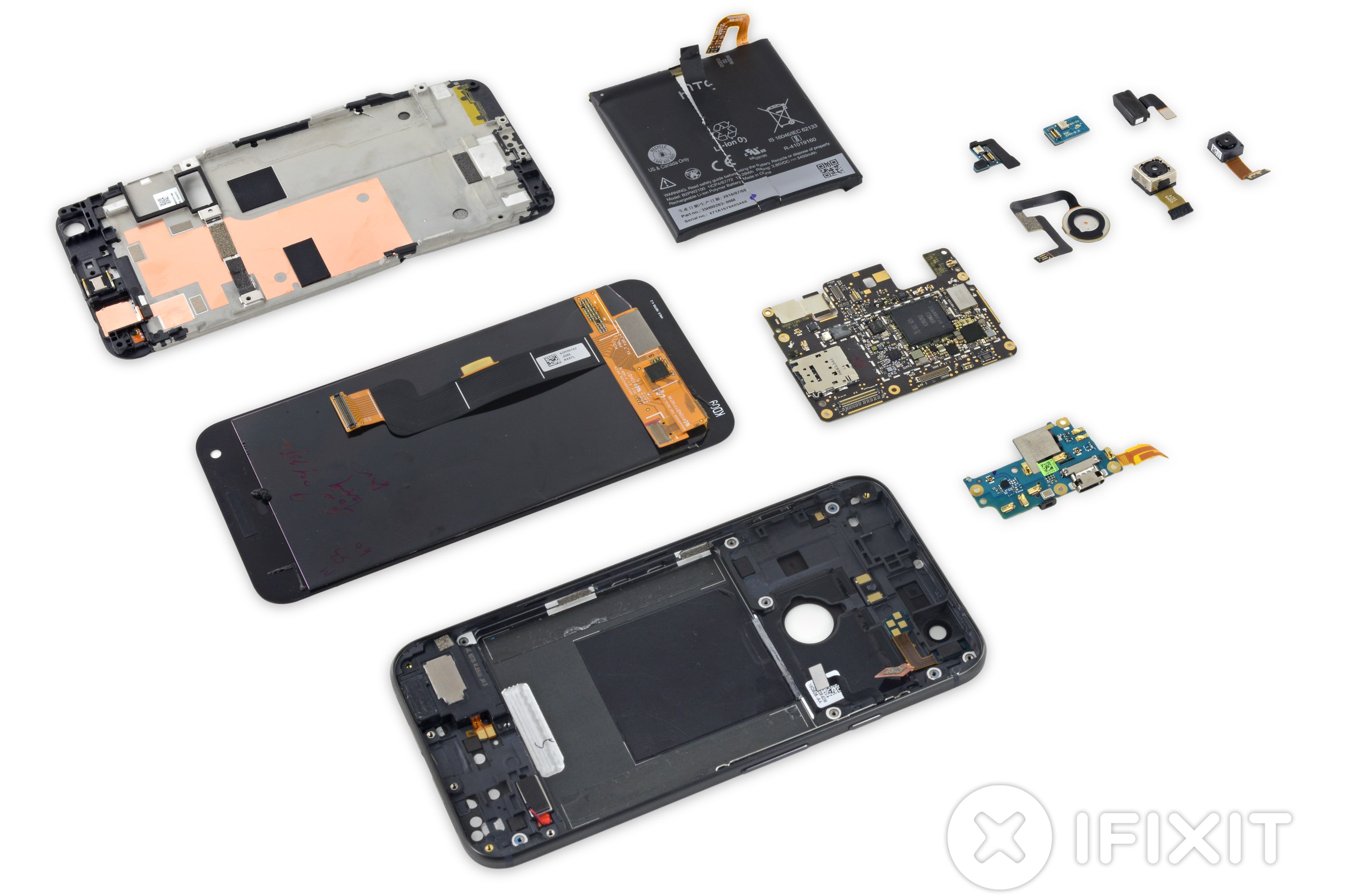 As mentioned, most parts can be easily replaced once the display assembly is removed because most parts are modular, the battery has a removal tab and is adhered by a modest amount of adhesive and the screws are standard T5 Torx ones.