MinimalisticUI is a new free jailbreak tweak that aims to make the UI throughout iOS a little less noticeable while you peruse through content in various apps.

The tweak can be used to adjust the transparency and more of tab bars and navigation bars so that they appear to ‘fade’ away as you scroll up and down.

This effect is mostly seen in apps with longer scroll views than others, such as in the App Store, Safari, and even the Settings app.

Below, we see an example of the transparency in the navigation bar and tab bar via animated GIF:

A similar effect is seen in Safari in the GIF below:

MinimalisticUI will add a preferences pane to the Settings app that lets you configure just how minimalistic you want your UI to be: 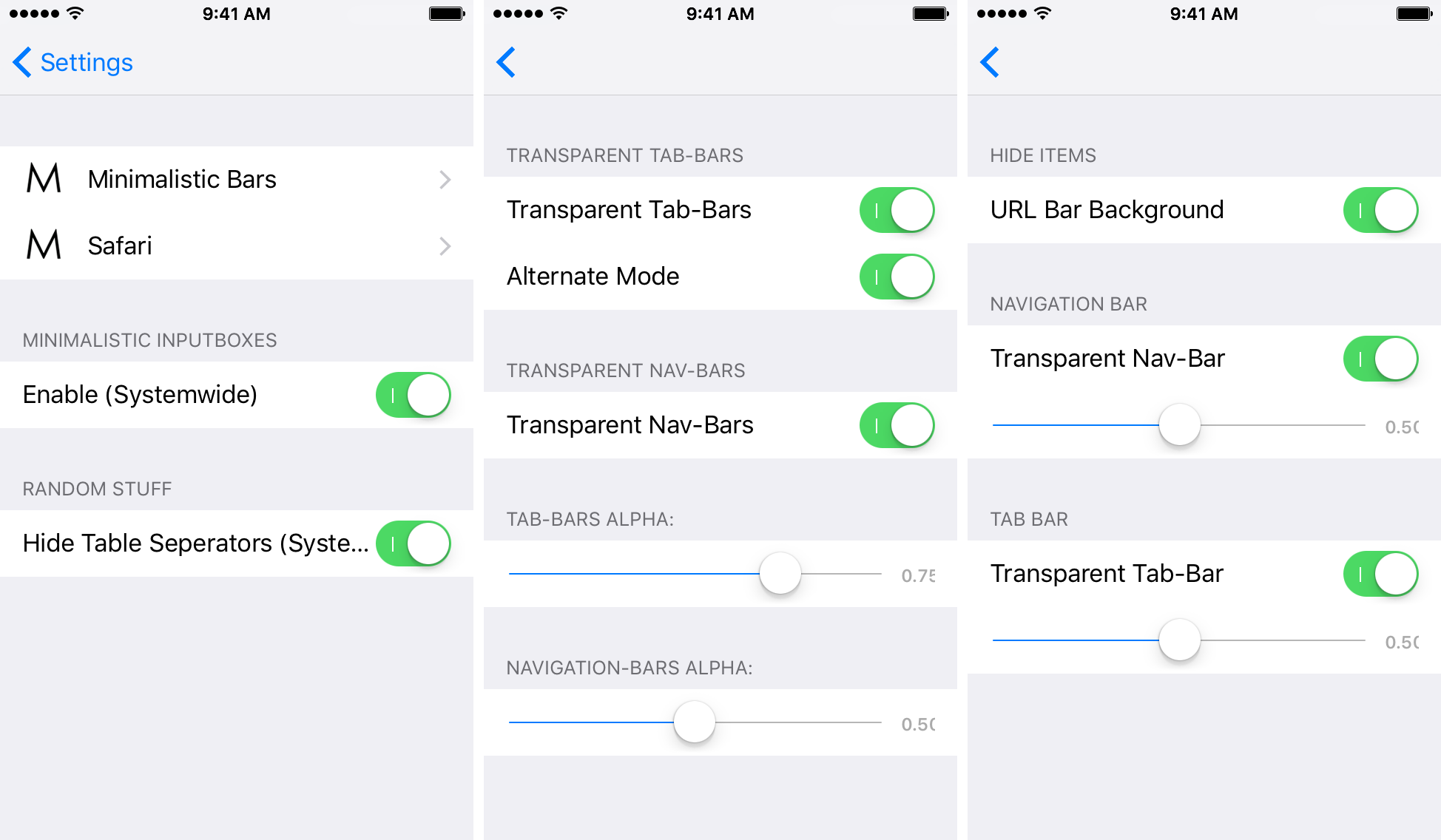 You’ll see the tweak also has miscellaneous options for being enabled system-wide, enabling an alternate styling, and hiding table separators where applicable.

No respring is required to save any of the changes you make here, but it is recommended that you close out of all your apps in the App Switcher every time you make changes to the settings to ensure they’re saved to all your apps the next time you use them.

If you’re interested in giving MinimalisticUI a try, you can download it completely free of cost on your jailbroken iOS 9 device from Cydia’s BigBoss repository today.