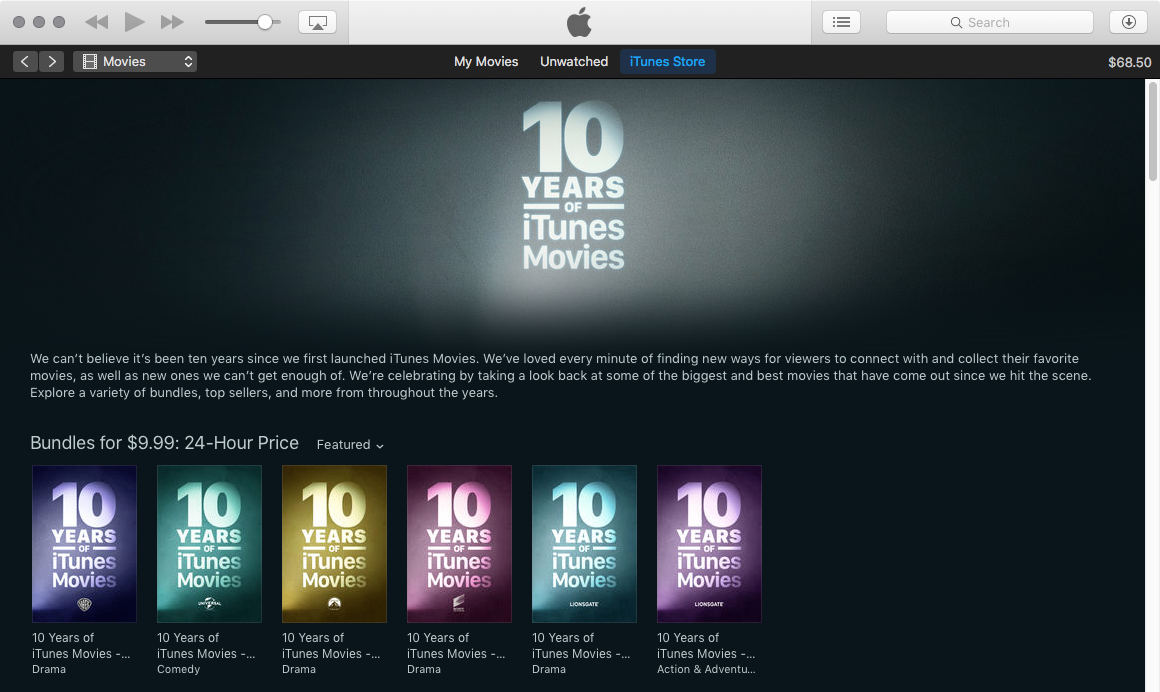 Ten years ago this month, digital movies launched on iTunes with just 75 titles, all from studios owned by Disney in which Steve Jobs was the largest individual shareholder. Today, iTunes offers more than 85,000 feature-length movies for purchase or rental. To celebrate ten years of iTunes Movies, Apple is offering six ten-movie bundles, priced at just $9.99.

For today only, customers in the United States can buy these bundles packed with releases from Warner Bros., Universal, Paramount, Lionsgate and Sony Pictures that cover a wide range of genres.

We can’t believe it’s been ten years since we first launched iTunes Movies. We’ve loved every minute of finding new ways for viewers to connect with and collect their favorite movies, as well as new ones we can’t get enough of. We’re celebrant by taking a look back at some of the biggest and best movies that have one out since we hit the scene. Explore a variety of bundles, top sellers and more from throughout the years.

If you’re a movie buff like yours truly, you’re wholeheartedly recommended to buy these bundles as you’ll end up paying just a buck per movie. I’ve purchased all six bundles because I think $60 is a small price to pay to own sixty high-definition movies, most of which come with additional iTunes Extras.