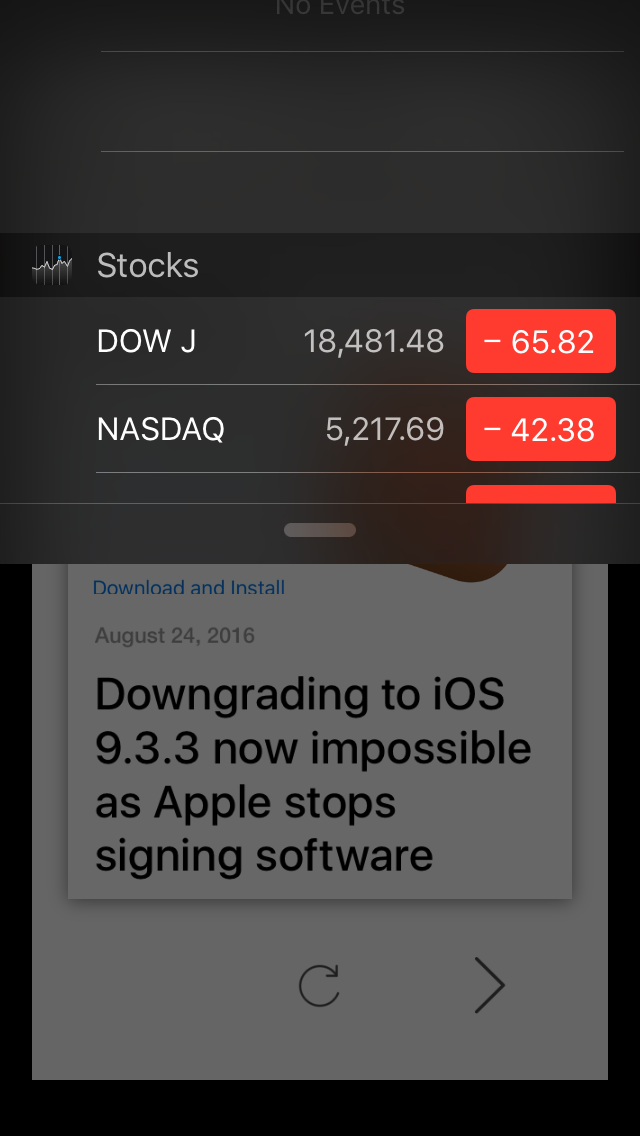 One of the fun aspects of jailbreaking your iOS device is the ability to modify the animations you normally see when you perform actions.

One of the latest to catch my eye is a freebie dubbed NCPop for changing the animation you see when launching Notification Center, which we’ll be showing you in this review.

What you usually see when you drag down on Notification Center is a plain-Jane sheet-over-sheet dragging animation. There’s really nothing to it, and it’s very flat, but it is smooth.

With NCPop, you will be giving the animation a much more three-dimensional look. Because it’s hard to explain, we’ll just let this animated GIF do the talking instead:

As you can see, the app in the background just sort of slips further into the back space while Notification Center closes in on the foreground.

It’s important to note that the animation only takes place in apps, so if you’re opening Notification Center from the Home screen or Lock screen, don’t expect to see any fancy animations.

An aesthetic you can modify

Indeed, this animation can actually be modified to your liking. NCPop adds a preferences pane to the Settings app so you can configure those options to your liking: 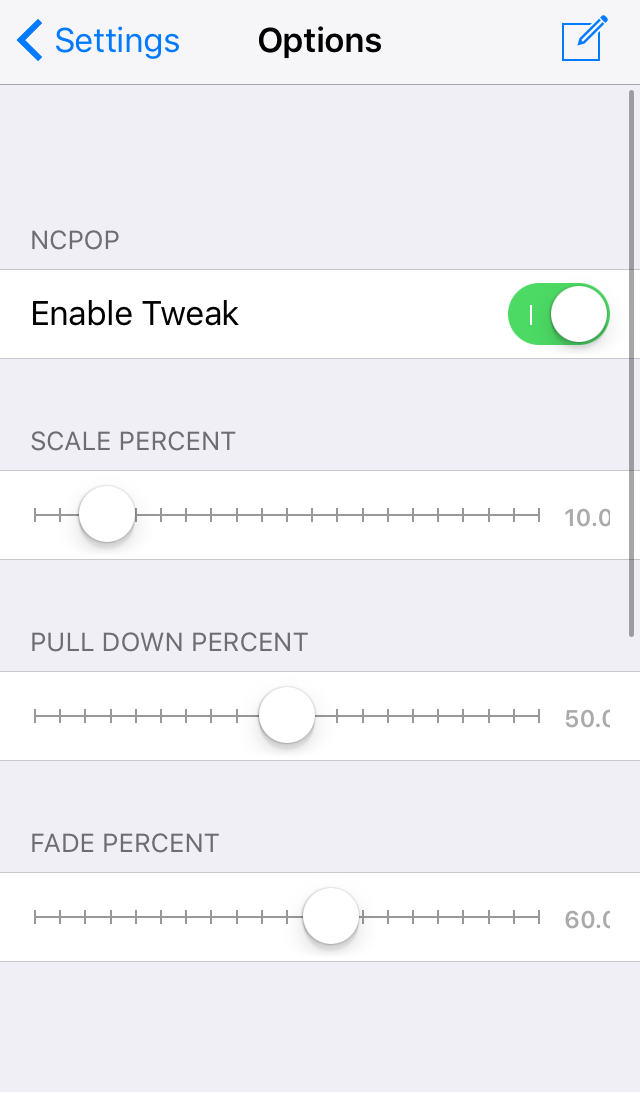 All settings are performed on the fly, so there’s no need to respring after making changes.

NCPop is a cool new way to refresh that aging animation that you see when opening Notification Center. The 3D effects are appealing to look at and make opening the interface more fun.

If you’re interested in giving this jailbreak tweak a try, head over to Cydia’s BigBoss repository right now to grab it.

What are your thoughts on this animation over the stock one? Share below!