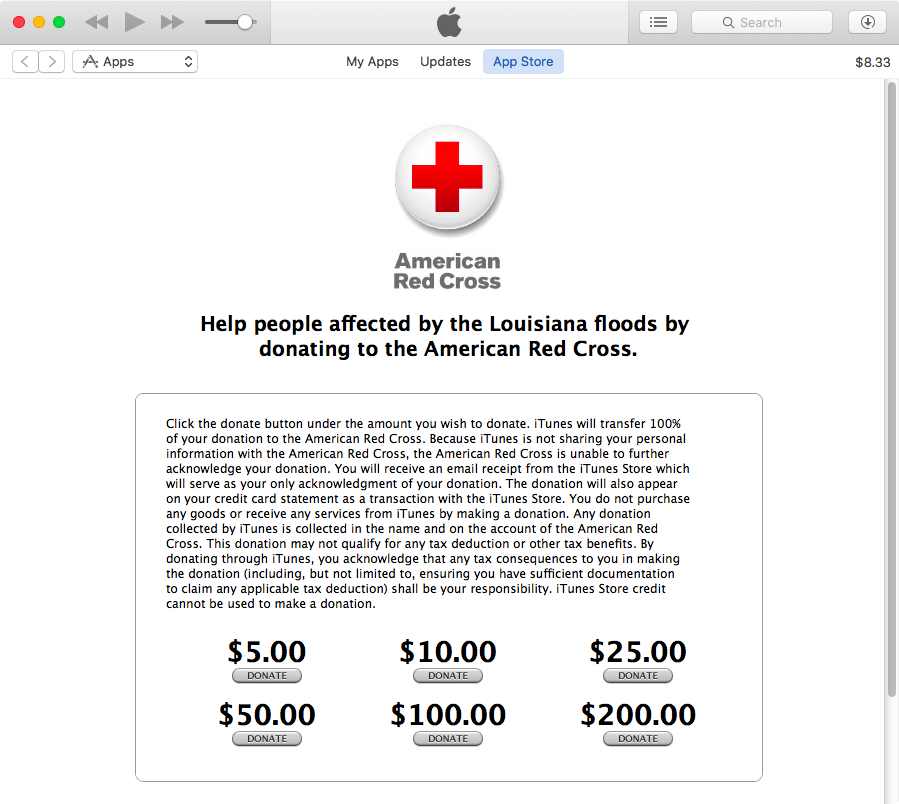 Apple is tapping into its vast base of hundreds of millions of iTunes accounts with credit cards on file to help collect donations to the American Red Cross in an effort to help victims of the flooding in southern Louisiana, which has forced thousands of people out of their homes. Banners on the iTunes and App Store and Apple’s U.S. website went live Friday, with donations to the American Red Cross available in $5/$10/$25/$50/$100/$200 tiers billed directly to your credit card.

iTunes credit cannot be used to donate money towards the flood relief effort. The full amount of each donation goes directly to the Red Cross.

The flooding forced thousands of people out of their homes, causing significant property damage on more than 40,000 houses in the region. It’s the worst natural disaster in the United States since Hurricane Sandy, according to the American Red Cross.

To make a charity donation, follow this iTunes link.