iPhone 7 dummies and alleged components that have been leaking out of Asia in the past few months have more or less consistently shown a second speaker grille to the left of the Lightning port at the bottom. Many people are convinced that the removal of the 3.5mm headphone jack has created space inside the device for another speaker, indicating that the next iPhone may finally have stereo sound.

That conventional wisdom is now called into question as French blog NowhereElse.fr points us to alleged technical drawings, obtained from a Foxconn plant, suggesting that another mic, not a speaker, may be hiding behind these additional speaker holes.

NOTE: This article originally speculated that the left speaker grille might be “just for the looks” as the drawings didn’t appear to mention another speaker in place of the 3.5mm headphone jack. We apologize for this error, stemming from a misinterpretation of a machine-translated version of the original article in French.

Chinese text on the purported assembly instructions suggests that a second set of speaker holes to the left of the Lightning port, where current devices have the 3.5mm headphone jack, could be a microphone mesh. NowhereElse agrees that there appears to be a mic behind the left speaker grille, but not another speaker. 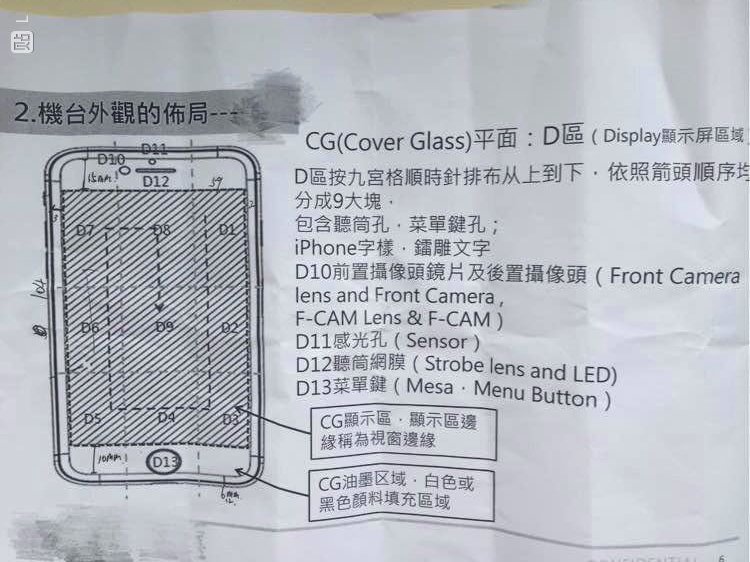 You know what else these alleged internal assembly instruction drawings seem to “confirm”? A haptic Home button. But I digress—back to the speaker holes. As MacRumors observes, “most of the secondary holes would be non-functional, except for the one furthest to the right, which would double as a microphone,” adding that a previous design drawing has depicted the left speaker grille as ornamental.

Those previously leaked CAD renderings can be seen above.

In these photos, “the secondary holes are not cut all the way through except for what would be normally be the microphone hole,” writes the publication.

It’s entirely possible that some joker out there has faked these drawings in Photoshop so I’d take this one with a grain of salt if I were you.