If you’re rocking a jailbroken iOS device and have been in the market for a widget that can do a ton of things from a single interface, then Talus is a new jailbreak tweak release that could be worth taking a look at.

We’ll show you what Talus is all about in this piece so you can decide whether or not to add it to your tweak arsenal.

The newest ‘all-in-one’ widget for iOS

Talus is a new take on bringing an all-in-one experience to a widget you can access from anywhere in iOS. Using Activator, you can quickly and easily hide or show the widget, whether you’re on your Home screen, in apps, or somewhere else in iOS.

When you install the tweak for the first time and you launch it, you’ll see an interface like the one below, which has a lot of common functions right on the start page.

What you see in this list of shortcuts are buttons for rebooting, respringing, toggling your LED flashlight, entering Safe Mode, and powering off your device. For some of the functions, you will get a prompt asking if you’re sure you want to do what you’ve tapped on, such as the Safe Mode prompt shown above.

You can also swipe up and down on the Talus interface to move between pages. There are multiple, including one for your currently-playing media, one containing sliders for display brightness, LED flashlight brightness, and volume, and a final page with shortcuts for searching Google and jotting down a quick note:

From a first glance, this appears to be all Talus can do, but as you’ll find out when you tap and hold on the Talus interface, you’ll also find various shaped buttons:

You can assign these different shapes different Activator actions, such as composing a new text message, drafting a new email, or something else, but we’ll get into that later.

As far as the interface is concerned, you can also tap on any blank space in the widget to quickly hide the widget to get it out of the way. When you do, it’ll look how it does in the screenshot below: 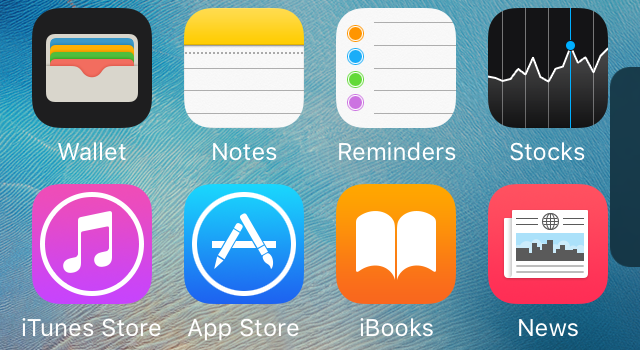 When you’re ready to use the widget again, just tap on its edge from the side of the display.

Another thing you’ll want to know is you can tap and drag the widget around on your screen whenever you need to, which is perfect for when it’s in the way of something, but you don’t want to hide it entirely.

It goes without saying that a tweak this involved will have some kind of configuration baked into its functionality, and that it does. After going to the Settings app, you’ll find a preferences pane for Talus with a long list of configurable options: 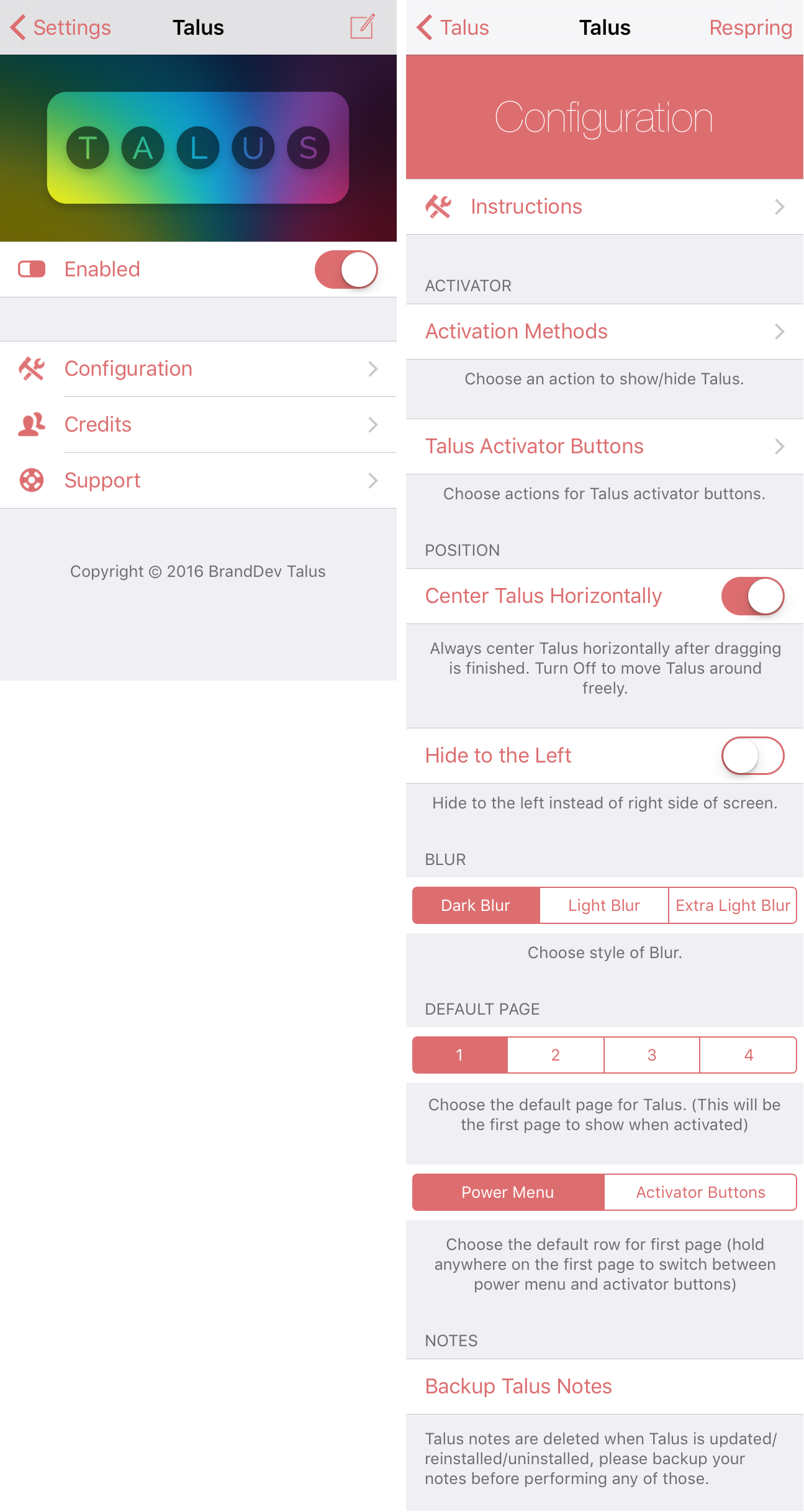 From the main welcome screen, you’ll find a kill switch for toggling the tweak on or off completely, as well as a list of resources, like a way to contact the developer and a shortcut to the tweak’s configuration settings.

When you get into the configuration pane, which is without a doubt the meat and potatoes of the tweak’s settings, you’ll be presented with all of the following options:

When you go into the Activator-based shortcut buttons, you’ll find yourself with the following preferences pane:

Here, you will get to configure the following options:

Once you’re all configured, respring your device from the main preferences pane to save what you’ve changed.

Our thoughts on Talus

We think Talus brings a slew of useful functionality to a widget that you can summon from anywhere in iOS, and it’s worth noting that the interface has been polished to a great level to make using it very satisfying.

The UI has a very modernized look and feel to it, and we also think that all of the user configuration for customizing Talus to your liking is going to be a welcomed feature in itself.

Talus does a great job of including everything you want into the same interface, but it does carry a price tag that may or may not turn some people in the other direction.

With a widget that can do almost all of the core functions you’d expect from an all-in-one widget, Talus seems like a good investment. If you’re interested in trying it, you can download it from Cydia’s BigBoss repository for $1.99.

Will you be installing Talus on your jailbroken device(s)? Share in the comments below!