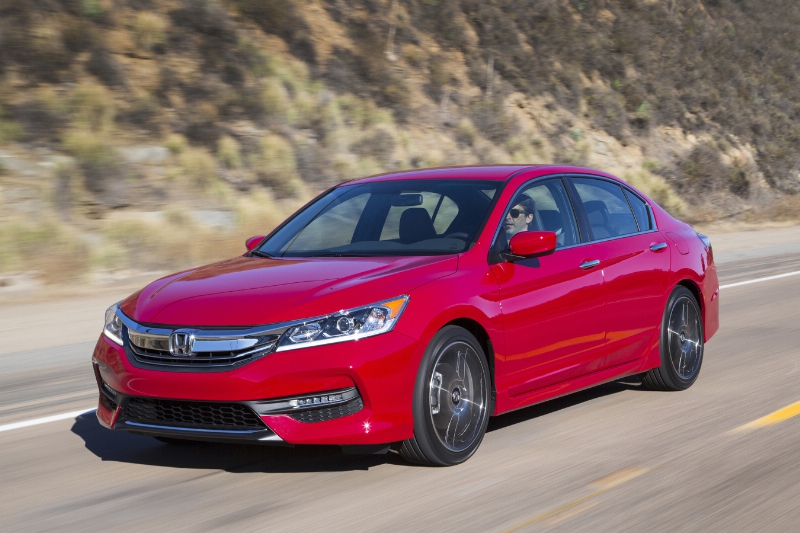 Japanese car manufacturer Honda currently uses Apple’s CarPlay infotainment system in the 2016 Accord and Civic, as well as in the 2017 Ridgeline.

Today, the company announced that CarPlay will be returning in the 2017 Accord which will be arriving in showrooms on Monday, starting at $22,355.

Both the coupe and the four-door sedan variants of the Accord are outfitted with the expanded LED exterior lighting and sport a built-in seven-inch touchscreen with native CarPlay and Android Auto integration.

Other features of the 2017 Accord include HD Radio, heated rear seats, front and rear parking sensors and more. The vehicle can be optionally equipped with Honda’s Sensing suite of advanced safety and driver-assistive technologies.

Both sedan and coupe variants are available in a variety of trims, with 4-cylinder and V6 powertrains, 6-speed manual and 6-speed automatic transmissions, as well as with a continuously variable transmission.

The significantly refreshed 2017 Accord Hybrid is also available with a new version of Honda’s two-motor hybrid powertrain technology. As mentioned, the 2017 Honda Accord is scheduled to arrive in showrooms Monday, June 27.

CarPlay is getting some interesting new features in iOS 10, including support for VoIP apps like Skype, a more intuitive Apple Music interface, the ability to rearrange and delete third-party CarPlay apps and more.