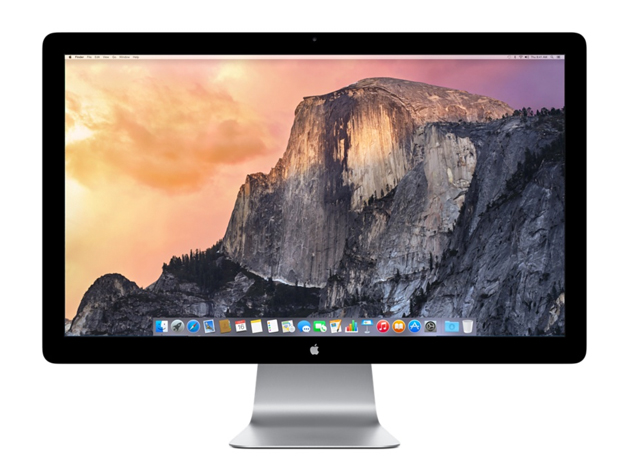 Late Thursday Apple announced it’s discontinuing the Thunderbolt Display. In a statement provided to several news sites, the company said remaining inventory is still available through its retail channels and Authorized Resellers, but production has been stopped.

The 27-inch Thunderbolt Display, which had a resolution of 2560×1440 pixels, was first introduced in 2011. For the last few years, rumors have swirled that Apple is preparing a 4K or 5K replacement for the display line, but thus far none of the reports have materialized.

“We’re discontinuing the Apple Thunderbolt Display. It will be available through Apple.com, Apple’s retail stores and Apple Authorized Resellers while supplies last. There are a number of great third-party options available for Mac users,” said an Apple spokesperson in a statement given to TechCrunch.

Today’s news will certainly fuel further speculation though. Did Apple make this announcement because it’s decided to get out of the standalone display market completely? Or does it have a higher resolution offering in the wings, but it’s not quite ready to tell us yet?

The most recent rumor suggested that Apple was planning to introduce a new 5K display with an EGPU at WWDC, but of course the keynote came and went without any mention of new hardware. Perhaps the company will be ready to show off something by September.