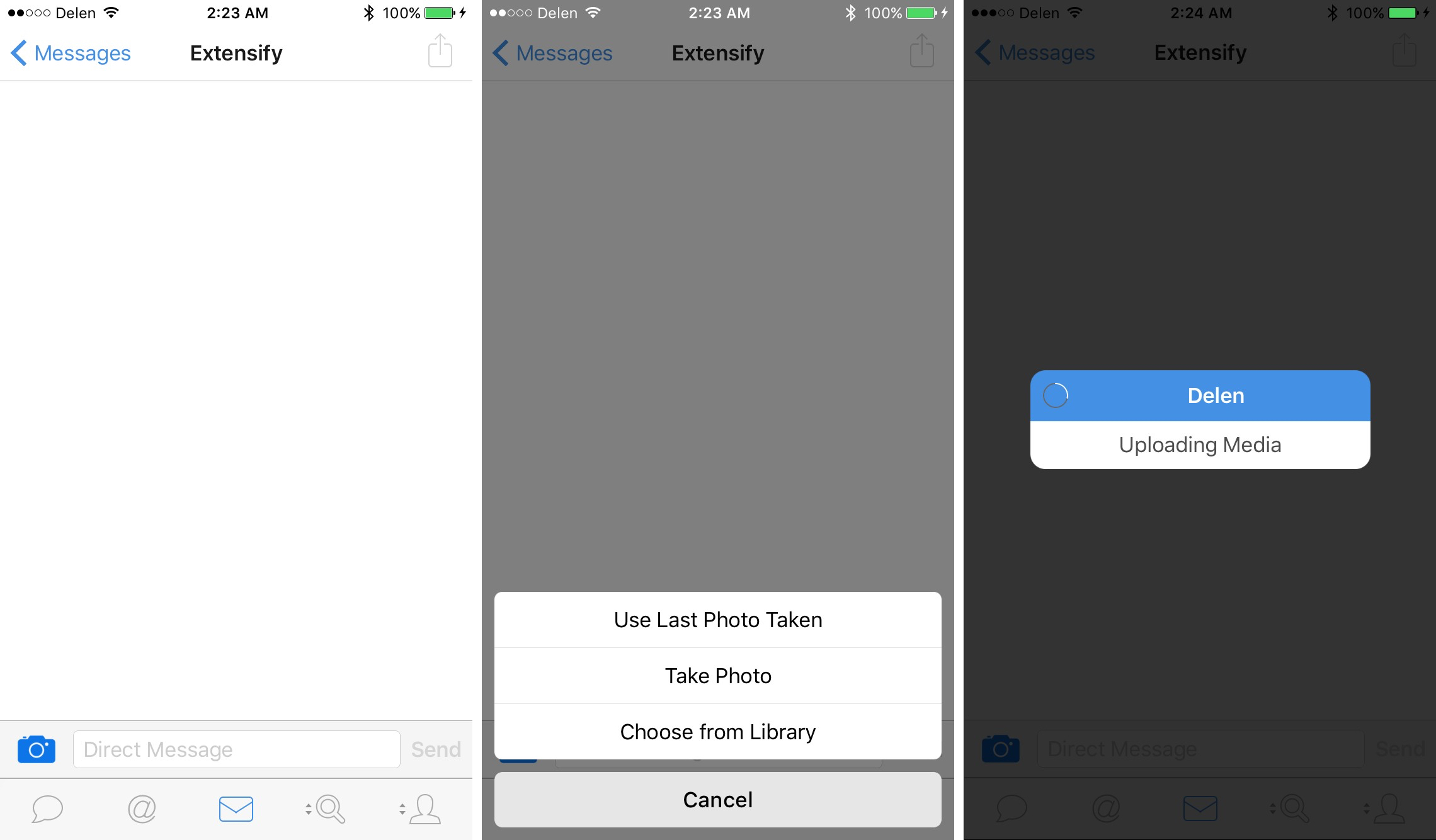 There are a lot of people who choose to stick with the stock Twitter app because of Tweetbot 4’s price, but it is, without a doubt, one of the most popular third-party Twitter client apps out there for iOS devices.

Nevertheless, its popularity doesn’t make it perfect; there is one major downfall to Tweetbot 4 that many users find a little upsetting, and it’s that you can’t send photos in a direct message.

In comes a new jailbreak tweak dubbed Delen for Tweetbot, which now enables the feature for Tweetbot 4 users.

The ability to send photos in direct messages on Twitter is a valuable feature I use quite regularly. Whether to communicate with jailbreak tweak developers, or to send screenshots to support accounts, going about my everyday life would certainly be far less convenient if I was unable to use Twitter’s messaging service to send someone a quick image file.

On the other hand, although Twitter’s stock iOS app lets you do this, the popular Tweetbot 4 app does not. For the $9.99 price tag that the app will make you pay upon purchase, it’s somewhat disheartening to me to know the app doesn’t let you do this.

To be fair, it’s not particularly the developer’s fault either. Twitter doesn’t have a public API for sending images in direct messages, so use of the feature is restricted to Twitter’s app only at this point in time.

Nevertheless, if you still want to use Tweetbot 4 to direct message an image file to someone, don’t give up hope yet. Delen for Tweetbot is a new jailbreak tweak lets any jailbreaker who uses the app send image files via direct message in a native fashion, as shown above.

The native look and feel you wanted

Whenever we see tweaks like this, one of the things I always critique is whether or not its implementation looks good or not. After all, I’ve sure seen quite a bit of hacked-together implementations when it comes to adding features to stock or third-party apps.

As soon as I saw Delen for Tweetbot’s UI, I was amazed at how native it looked. The camera button that gets added to the left of the text field looks just how you would expect it to, and even the pop-up menu that shows up has the Tweetbot-styled appearance applied to it.

In the pop-up menu, you get the following options:

Once you choose, your image is uploaded, and you can then send it off to whomever you may have been direct messaging on Twitter from your Tweetbot 4 app.

Now for something this well polished, I think a jailbreak developer could easily ask a dollar to add this kind of functionality to such a premium app, but lo and behold, it’s free folks!

You can download Delen for Tweetbot from Cydia’s BigBoss repository right now at no cost, and there aren’t even any options to configure. Once you install the tweak, it’ll start working in the Tweetbot app immediately after you kill it from your recently-used apps list.

As it stands right now, Delen for Tweetbot works with version 4.3.3 of the Tweetbot 4 app from the App Store, and will hopefully work for many more in the coming future, although as we know with tweak extensions for App Store apps, one app update has the potential to break functionality, and will require the developer to update the tweak.

It sure does warm my heart to see the jailbreak community continue to release tweaks that add desired functionality to apps and iOS when it doesn’t exist from the get-go. This is a tweak that I would install on my device if I were a Tweetbot user, however for my needs, the stock Twitter app works just fine.

What are your thoughts on being able to finally use direct messaging on Tweetbot to send image files? Share in the comments!